Martin Truex Jr. (+400) is the betting favorite for this weekend's Toyota Owners 400, and with good reason given his dominant track record at Richmond.

NASCAR betting's Virginia swing comes to a close on Sunday as the third straight race on a short track, including the Bristol dirt, occurs at the Richmond Raceway.

As has been the theme so far this season, will this weekend’s race produce another unpredictable winner?

Covers Experts' Auto Racing Advisor breaks down the odds and stats to know with our Toyota Owners 400 betting picks and race preview, with the green flag dropping Sunday, April 18 at 3:00 p.m. ET.

He has to be the overall favorite, right? Truex swept both Richmond races in 2019 and was runner-up last Fall. He also won Phoenix last month too.

Hard to be against him at Richmond. He won the lone race on the Virginia short track last year and has seven Top 10’s in his last nine starts there. Keselowski had a Top-5 finish at Phoenix last month too.

A third-place run a year ago, to go along with a runner-up in this race in 2019, gives him two Top 3s in his last three Richmond tries. Logano also has five Top 5s in his last six Richmond spring race starts overall.

He may have finished sixth last year, but he also has five straight Top-8 results, including a Top 2, in half of his last 10 Richmond starts.

What a disaster this season has been for him, but maybe he can steal a win Sunday in Richmond. Almirola finished eighth last year and fifth in the Fall race in 2018. His best run this season was at a similar track to Richmond in Phoenix last month.

He surprised everyone last Fall with a fourth-place run at Richmond, But he’s also had three Top-6 results in his last four tries there overall too.

He’s not had a single Top 10 in five career Richmond starts before, but he didn’t have a single Top 5 in any of his Homestead starts either, and there he was in victory lane. He’s had a Top 8 in six straight races on the season now. Worth a gamble on Byron this weekend.

On paper, this looks like an even matchup. Blaney has no Top-10 finishes in nine career Richmond starts. Byron’s scored no Top 10s in five Richmond starts himself. But I feel like you take the plus money here. Blaney's best finish at Richmond is 18th. He admitted to me just last year that this is one of his worst tracks. Meanwhile, Byron has finished 12th and 13th respectively in the last two years of the spring race, to go along with two Top-8  results in as many tries on 750 tracks this season.

He's scored six Top-10's in eight tries in 2021, but has only led 17 laps so far. He does have six straight Top 10s at Richmond too, but the speed just hasn't been there for his car this season so I'd avoid him at all costs.

He's also struggling in 2021. Busch has led seven laps all season and his finishes on 750 horsepower tracks like this week have been 35th, 25th and 10th respectively. While Richmond has been a good track for him in the past, he's also coming there this year with a new crew chief too.

This is his worst track. Blaney has never scored a Top 10 in nine Richmond starts, with his best finish being 18th place.

The last three Richmond races saw the eventual winner finish in the Top 2 of the second stage each time, and they were in the Top 5 in each stage of all three races too. Martin Truex Jr. swept both stages in the playoff races but didn’t win in 2018, and the same for Joey Logano in the spring race.

In 2017, the winner was 10th in both stages in the spring race and second and sixth, respectively, in the Fall. Kyle Busch’s win in the 2018 Fall race was the only time that a driver won the race and didn’t finish in the points for any stage since the stage inception in 2017.

As far as a track comparison, Richmond is flat like Phoenix. You can be aggressive with a two-pit strategy in the final stage, that might make it interesting as long as everyone doesn’t do the same thing. 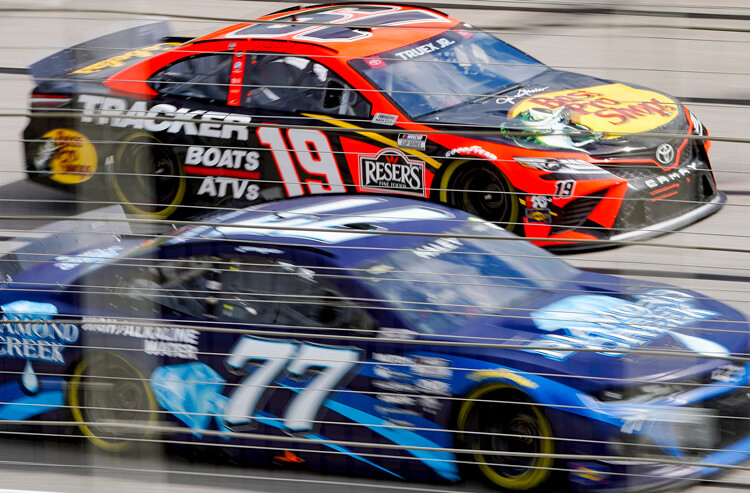