How to bet on the national anthem in the Super Bowl

One of the most popular Super Bowl proposition bets won’t show up in the boxscore and it takes place long before the first snap of the game. Betting on the length of the national anthem is something everyone loves because it’s fun, and it’s one of the first settled wagers in the Big Game.

Pink is the singer for this year’s rendition of the Star-Spangled Banner and her over/under line is set at 120 seconds. Here’s our humble attempt to handicap if Pink will go over or under two minutes when she belts out the American National Anthem on Super Bowl Sunday.

First-timers betting this prop should know that most sportsbooks grade the beginning and end time only when the singer begins and ends singing. Any music intro or ending doesn’t tack on to the total run time for the bet. You won't find this prop listed at any Nevada sportsbook either. This type of wager can only be made at an offshore book.

I went back all the way to Super Bowl XXV and collected the times for all of the last 27 renditions of the national anthem. Shout out to the YouTube master who uploaded all these. Let me be the first devoted gambler to tip my cap to you.

The average run time in the last 27 years is 115.4 seconds or one minute and 55 seconds. Only nine of the 27 performances went over the two minute mark but the last three years went over.

I can’t, for the life of me, find video of Pink singing the national anthem. I won’t say this is her first time performing it live in front of a huge audience – because I have no way of knowing for sure – but it appears that way. Either that or some other YouTube uploader is letting us down.

Pink covers Me and Bobby McGee frequently in concert and her version runs about a minute longer than the original performed by Janis Joplin. Pink has some pipes but if Whitney Houston and Mariah Carey both kept it under the two-minute mark there’s a good chance the same will happen for Pink.

The other thing to consider is the juice. BetDSI is pricing the over at -180 and the under at -140. The prudent move is bet the under, but who wants to be rooting for a sped-up version of the Star-Spangled Banner? 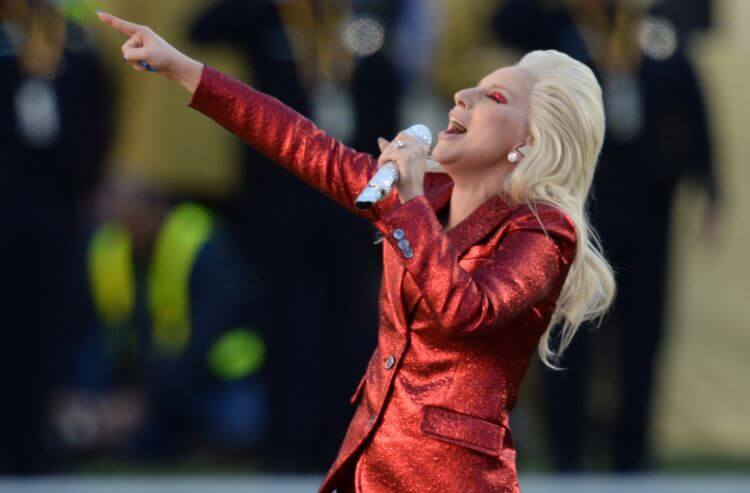