UFC Fight Night action on Oct. 2 is headlined by light heavyweight contenders Thiago Santos and Johnny Walker, who's an underdog for the main event. Santos' KO power will prove to be the difference. Read more in our Santos vs. Walker picks and predictions. 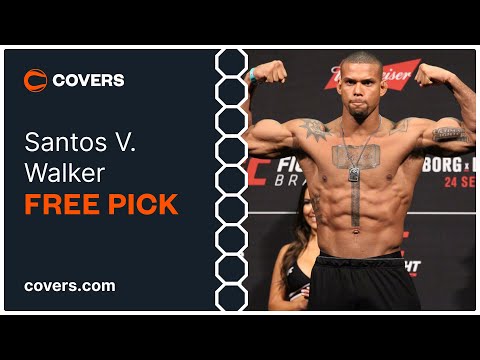 Thiago Santos vs. Johnny Walker is the main event for UFC Fight Night betting on October 2 from the UFC Apex in Las Vegas.

This should be a banger between a pair of light heavyweight contenders with knockout power. UFC betting lines have Santos installed as a -175 favorite while Walker comes back at +150.

Here are our best free Santos vs. Walker picks and predictions for UFC Fight Night action on Saturday, October 2.

Odds courtesy of FanDuel Sportsbook as of September 27, 2021.

Thiago "Marreta" Santos is the No. 5-ranked light heavyweight contender and is coming off a decision loss to Aleksandar Rakic in March. That was Marreta's third straight loss following a close split-decision defeat to Jon Jones in 2019 and a submission loss to Glover Teixeira last year.

Santos had gone 8-1 his previous nine UFC fights prior to that title challenge against Jones, including a TKO win against current 205-pound champ Jan Blachowicz. The 37-year-old Brazilian has scary power with his kicks and dynamite in his hands, with eight of his last nine wins coming by way of knockout.

Walker is No. 10 in the light heavyweight rankings and defeated Ryan Spann with a first-round knockout in his last trip to the octagon in September 2020. That victory allowed him to rebound from back-to-back losses against Nikita Krylov and Corey Anderson and improved his UFC record to 5-2.

Walker is a long and rangy striker who is extremely dangerous with his knees and elbows and throws punches and kicks from a variety of angles.

Santos vs Walker tale of the tape

Santos' losing streak started with a close decision loss to the former champion in Jones and he had striking success against the current No. 1 contender Teixeira in the second loss, almost knocking him out in the third round before getting submitted. In his last defeat, he actually had a 49-36 edge in significant strikes but Rakic did a better job of controlling the fight in a fairly stale bout which saw neither fighter engage with offensive pressure.

Walker is actually pretty close to being on a three-fight losing streak himself, as he was knocked down twice in the first round by Spann before pulling off the KO win. He's a wild and creative striker but that can leave him vulnerable in the striking exchanges... and Santos can crack.

Walker's poor defense and fight IQ will prove costly against a veteran fighter with knockout power. Expect Santos' kicks to once again do damage now that he's more than two years removed from surgery on both of his knees.

Not only does Walker have poor strike defense but he has a suspect chin which has resulted in three knockout losses in his career — most recently against Anderson in 2019. Santos has explosive power and eight of his last nine wins have come by way of KO/TKO. Look for Marreta to finish Walker with strikes.

Win or lose, Walker wastes no time throwing down with five of his last six fights ending in the first round. Santos is a fast starter himself and nine of his 13 wins in the octagon have come within the first two rounds. Santos' last fight may have been a boring technical striking and clinching affair against Rakic but expect a more exciting fight this time and bank on this bout ending by stoppage within the first 10 minutes. 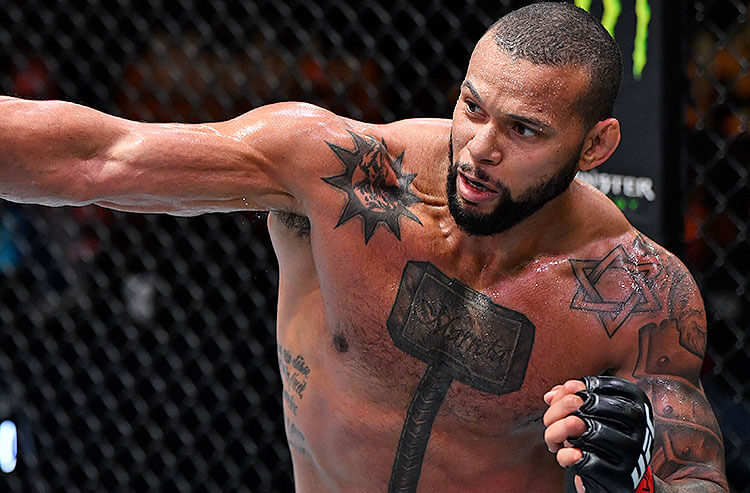