Kyler Phillips is superior on the ground and has more diverse and unpredictable striking than Raulian Paiva. With a vast difference in skill levels between fighters, we like Phillips to win inside the distance in their UFC Fight Night matchup.

Kyler Phillips vs. Raulian Paiva is on the main card for UFC Fight Night betting on Saturday, July 24. This should be an interesting fight between a pair of promising young fighters looking to climb the rankings.

UFC betting lines opened with Phillips as a modest -150 favorite but early money has rolled in on him, shifting his odds to -270 while Paiva is now installed at +220.

Here are our best free Phillips vs. Paiva picks and predictions for UFC Fight Night action on July 24 from the UFC Apex in Las Vegas.

Kyler "The Matrix" Phillips is No. 14 in the bantamweight rankings and has a perfect 3-0 record in the UFC. His most recent victory came against Song Yadong in March, following a Performance of the Night Bonus for a TKO win over Cameron Else and a Fight of the Night bonus in his UFC debut against Gabriel Silva.

With a background as a wrestler and a brown belt in BJJ, the 26-year-old Phillips has a terrific ground game with high-level jiu-jitsu. But he's also a very dangerous striker and more than held his own in the stand-up against Yadong, who is a rising young star with excellent boxing.

Raulian Paiva is the No. 12-ranked flyweight contender but will be fighting at bantamweight on Saturday. In his previous bout, he defeated Zhalgas Zhumagulov by decision last July.

Pavia fought for most of his career at 135 pounds but dropped down to 125 for the UFC. Pavia had some success at flyweight, going 3-2 in the octagon, with one of those losses coming by way of split decision to current No. 7 flyweight Kai Kara-France.

However, he has struggled to make weight in that division, weighing three pounds over the limit against Zhumagulov and pulling out of a scheduled fight in May due to a bad weight cut. The 25-year-old has good technical striking ability and does a solid job of working on the outside.

Phillips vs Paiva tale of the tape

PREDICTION: Kyler Phillips by KO/TKO or Submission (+260) - Paiva is very experienced outside the promotion but there's a reason he originally chose to fight at 125 pounds in the UFC — and he will likely be smaller and weaker than bigger bantamweights such as Phillips.

Phillips is the far superior fighter on the ground and his striking is more diverse and unpredictable than Paiva. Phillips has also looked very impressive on his recent winning streak, while Paiva is 2-2 in his last four fights and was fortunate to get the decision against Zhumagulov after being outstruck 66-52 and taken down twice.

We're definitely going with the line movement and with the vast difference in skill levels between these fighters, we like the +260 payout for Phillips to win inside the distance. 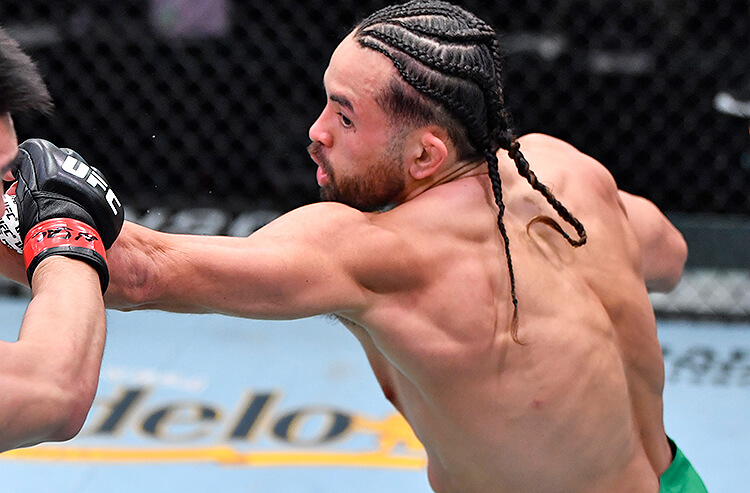