UFC Fight Night Vera vs Cruz Picks and Predictions: Out With the Old, In With the New

You can't tell the story of the UFC's bantamweight division without Dominick Cruz, but The Dominator's days of title fights are long behind him. A title shot could be in Marlon Vera's future, and that's shown in our Fight Night picks.

This should be an intriguing bout between a rising Top-5 bantamweight in Vera and the former two-time champ in Cruz. Bookmakers are expecting the younger fighter to prevail with UFC odds opening with Vera as a -220 favorite and Cruz coming back at +180.

Here are our best free UFC Fight Night: Vera vs. Cruz picks and predictions, tonight from the Pechanga Arena in San Diego, California.

B) Marlon Vera to win by KO/TKO/DQ BOOSTED to +600 at Betway! Claim Now

Marlon "Chito" Vera is the No. 5 ranked bantamweight contender and has won three fights in a row, most recently defeating Rob Font by unanimous decision in April.

Despite being just 29 years old, Chito has fought 19 times in the UFC since making his promotional debut in 2014 and has had his hand raised in nine of his last 11 trips to the octagon.

Vera is a slick kickboxer with lots of pop in his hands, and he's also a dangerous grappler with a black belt in BJJ.

Dominick "The Dominator" Cruz won the WEC bantamweight title in 2010 and successfully defended it twice before it turned into the inaugural UFC belt, which he defended two more times.

After a successful title defense against Demetrious Johnson in 2011, he took almost a three-year absence due to various injuries and was forced to vacate the belt.

He made a triumphant comeback in 2014, reclaiming the 135-pound strap and successfully defending it once before losing it to Cody Garbrandt. After another three-year hiatus, he returned to the octagon in 2020 and was knocked out by Henry Cejudo but has since rebounded with back-to-back victories, most recently defeating Pedro Munhoz by unanimous decision last December.

The Dominator was feared for his blinding speed and striking ability with the ability to switch stances and attack from various angles. However, he's also a very strong wrestler with powerful takedowns and a career 84% takedown defense.

Vera vs Cruz tale of the tape

Cruz is one of the greatest pound-for-pound fighters in MMA history, but the lower weight classes in the UFC are much deeper than when he dominated the competition in the early 2010s.

In his prime, Cruz was considered long and big for a bantamweight, but a guy like Chito has a 2.5-inch reach advantage and more power.

Cruz used to rely on being able to dart in and out, find his range, and avoid damage. But his head movement and speed aren't the same, and he's gotten cracked in recent fights. Vera has terrific power at 135 pounds and has the durability to win if this becomes a firefight.

Cruz will throw with plenty of volume in the early going, but he's going to get tagged with jabs, low kicks, knees, and elbows when he tries to enter the pocket. Over time that damage will accumulate and Chito will be able to grind him down.

Best bet: Vera inside the distance

Vera is a finisher, with nine of his last 11 wins in the octagon coming by way of stoppage (six by knockout and three by submission). In his last fight, he went the distance with the highly durable Rob Font but he had three knockdowns.

Meanwhile, Cruz was dropped by Munhoz in his previous bout and was almost finished inside of the first round. He showed plenty of toughness and mettle by coming back, but lasting 25 minutes against someone with Vera's power is no easy feat.

At times, Vera can be a bit of a slow starter, but his power will eventually lead to a stoppage win in this one. 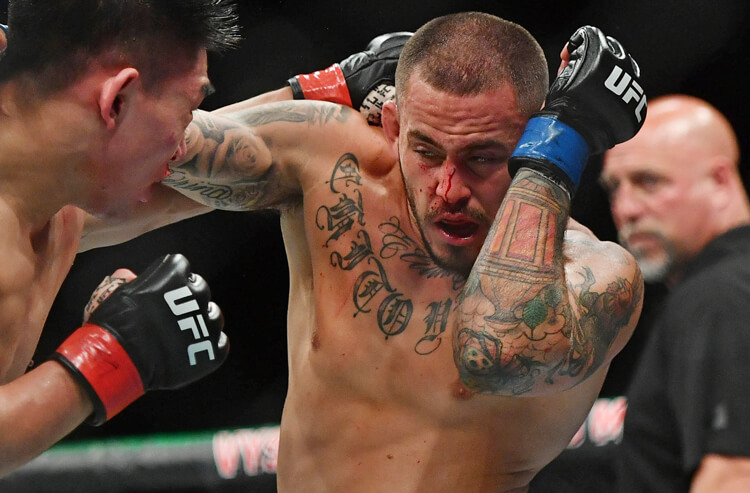 UFC Fight Night Vera vs Cruz Picks and Predictions: Out With the Old, In With the New
Provided by