Sergei Pavlovich comes into Saturday's bout on a four-fight win streak and will look to stay hot against Australian fan favorite Tai Tuivasa. Find out which fighter we're backing in our Tuivasa vs. Pavlovich betting picks.

Tai Tuivasa vs. Sergei Pavlovich is on a stacked card of UFC Fight Night betting on Saturday, December 3.

This should be a banger between a pair of Top-5 heavyweights looking to earn a title shot. UFC odds opened with this fight at close to a pick'em, but money has poured in on Pavlovich, who is now a significant favorite at -210. Tuivasa, meanwhile, is currently a +175 betting dog.

Here are my best picks and predictions for Tuivasa vs. Pavlovich from the Amway Center in Orlando.

Tai Tuivasa is fresh off a knockout loss to Ciryl Gane in September and is the No. 4 ranked heavyweight contender. Despite getting pieced up by Gane in the third round, Tuivasa dropped him in the second round and earned a Fight of the Night bonus for his efforts.

That defeat snapped a five-fight winning streak for "Bam Bam", who finished all of those opponents inside the first seven minutes. The massive Australian is a powerful puncher who sets up his boxing with excellent use of low kicks.

Of Tuivasa's 14 career wins, 13 have come by KO/TKO — with a whopping 11 fights ending within the first round. The 29-year-old is a crowd favorite for his brawler style and his penchant for chugging a beer out of a shoe to celebrate his wins.

Sergei Pavlovich jumped up to No. 5 in the heavyweight rankings after finishing Derrick Lewis in under a minute in July.

Pavlovich was knocked out by Alistair Overeem in his UFC debut in 2018, but he has since reeled off four consecutive wins. Each of those victories has also come by KO/TKO inside of the first round.

The former Fight Nights Global heavyweight champion has a background in Greco-Roman wrestling but has relied on his striking in the UFC, using his 84-inch reach to land 6.83 significant strikes per minute.

Tuivasa vs Pavlovich tale of the tape

Both of these young heavyweights have been in terrific form over the last few years, and I don't hold Tuivasa's recent loss against him since he was facing the best technical striker in the division and almost pulled off the win.

That said, stylistically, there are a few reasons why money has come in on Pavlovich. Tuivasa's tendency to brawl makes him a bit hittable, while Pavlovich displays better striking defense. Pavlovich also has a whopping 9-inch reach advantage, and we recently saw him destroy Lewis, who displays some of the same attributes as Tuivasa.

In addition, we've seen Tuivasa struggle with grapplers in the past, and while Pavlovich hasn't used that part of his game in the UFC, it's still a tool in his back pocket that he can utilize in this matchup.

Despite Bam Bam boasting one-punch power, I'm expecting Pavlovich to win and will take him on the moneyline in this bout.

Best bet: Fight to end in Round 2

Oddsmakers are expecting this fight to be over almost immediately, with the "what round will the fight end" prop set a -210 for the opening round.

That makes sense when you consider that all five of Pavlovich's UFC fights and 14 of his 17 career bouts have ended by stoppage in the first round. However, I don't think that will be the case on Saturday.

Tuivasa is hittable at times, but he's also got a terrific chin which we saw when he ate big shots from Greg Hardy and Derrick Lewis and survived. When he fights better opponents, he tends to have a feeling-out process where he uses leg kicks in the first round and tries to find his range before upping his pressure in the second frame.

We saw that in each of his last three bouts, with Bam Bam winning in Round 2 against Lewis and Augusto Sakai and almost getting a second-round finish versus Gane. I love the +400 payout for this fight to end in the second round, and I'm putting a sprinkle on Tai to win in Round 2 at terrific value of +1,000. 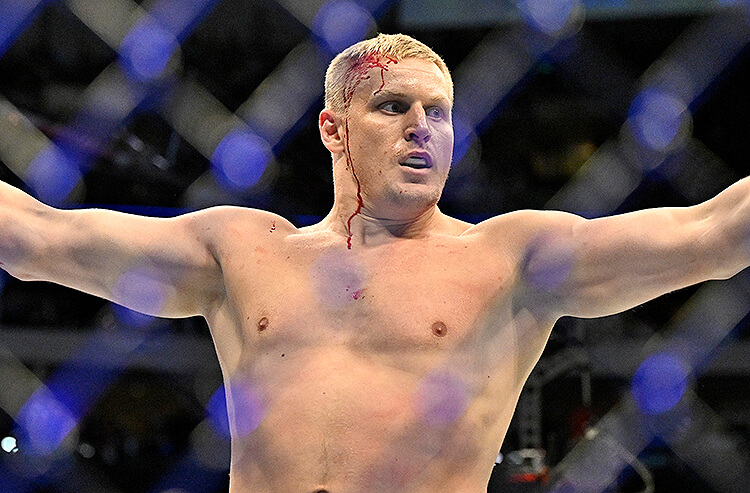