Kevin Holland is coming off a tough loss at UFC 279 but will hope to avenge it with a win over Stephen Thompson, who's well past his prime. Find out why we're backing the younger striker in our Thompson vs. Holland betting picks.

This should be an entertaining tilt between a pair of striking specialists who will likely keep this fight standing up. Oddsmakers are expecting a close bout, with UFC odds opening with this fight as a pick'em before money came in on Holland, who now sits at -155.

Here are my best free UFC Fight Night: Thompson vs. Holland picks and predictions for December 3 from the Amway Center in Orlando.

Stephen "Wonderboy" Thompson enters as the No. 6-ranked welterweight contender despite coming off back-to-back losses. Thompson was controlled on the ground by Belal Muhammad and Gilbert Burns in those defeats, but when he can stay on his feet, he's a dangerous fighter that has compiled an 11-6-1 record in the octagon.

The 39-year-old has twice fought for the Welterweight title, drawing with Tyrone Woodley in 2016 and losing by decision the following year.

With a background as a professional kickboxer, Wonderboy is a highly-technical striker who uses distance, kicks, and counters to outpoint his opponents.

Kevin "Trailblazer" Holland is coming off a loss to Khamzhat Chimaev in September. He accepted that catchweight matchup on short notice and was destroyed in the first round.

Holland has been one of the most active UFC fighters since the start of the pandemic, with 10 fights over the last 30 months. He has six wins, three losses, and one no-contest during that span.

The brash 30-year-old is a long and athletic fighter with creative striking and explosive power, but his poor wrestling was exposed in all three of those recent defeats.

Thompson vs Holland tale of the tape

Thompson is likely a bit more polished in his kickboxing and has more impressive wins on his resume, but he's almost 40 and has just two victories in the last four years (against Geoff Neal and Vicente Luque).

Holland poses a different challenge than those two because he is much longer and faster, while Neal and Luque are plodders who slowly circled Thompson while trying to land with their hands as he picked them apart at range. Holland has a massive six-inch reach advantage on Wonderboy, and he's comfortable throwing kicks and fighting at distance.

Holland also has more knockout power than Wonderboy, which means he might also be able to catch Thompson when he keeps his hands low (a technique he uses to hide the delivery of his strikes). I'm going with the line movement and backing the younger fighter.

These fighters aren't just fan favorites for their affable personalities. They're also creative strikers, with Thompson coming from a Karate background and Holland a second-degree black belt in Kung Fu.

While both guys have gotten dominated by wrestlers, they are excellent on their feet and will be thrilled to keep this a stand-up affair. Oddsmakers seem to think that since both fighters are high-volume strikers, this bout is unlikely to go the full five rounds.

I think that outcome is far more likely than books seem to think. While Holland has knocked out inferior foes, he has never really faced someone with Thompson's distance management. Since this fight isn't in the smaller octagon at the Apex, he'll have a tougher time cutting off the cage.

Meanwhile, five of Thompson's last six fights that didn't have any takedowns went the distance — including three that went the full 25 minutes. 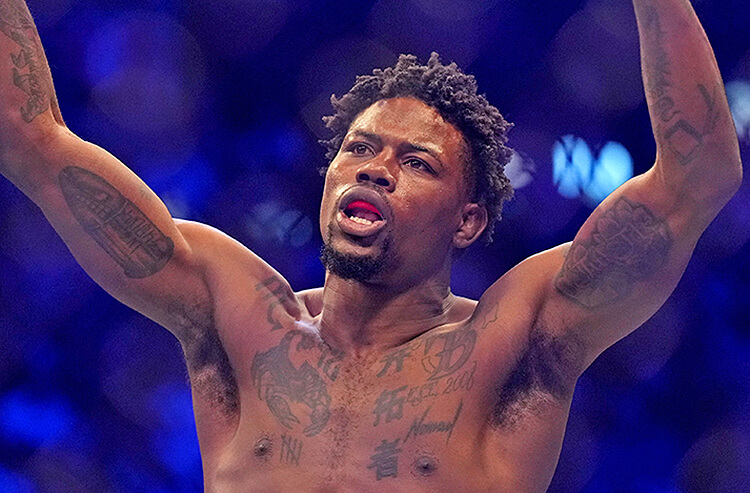