UFC 281 Hooker vs Puelles Picks and Predictions: Desperate Hooker Fights for His Career

Dan Hooker has lost a step and is in dire need of a win over Claudio Puelles to prolong his career. Fortunately for him, Puelles might be the right kind of opponent to make that happen. Our betting picks find the best path to value for this UFC 281 bout. 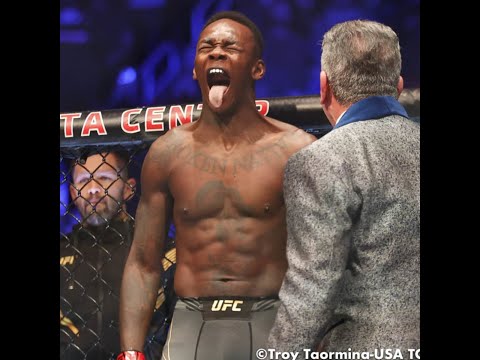 Dan Hooker vs. Claudio Puelles is scheduled for three rounds in the lightweight division as a featured undercard attraction of UFC 281 from Madison Square Garden in New York.

Things haven’t been looking good for Hooker, and he’s presumably fighting for his contract against an undefeated contender hitting his stride in Puelles.

Current UFC odds have Hooker a slight favorite at -145. Puelles is the betting underdog at +125.

Here are our picks and predictions for Hooker vs. Puelles at UFC 281.

Looking to bet on some UFC action? Here are two of the best bonuses* available:

New Zealand’s Hooker has to hope he’s one step too high for Puelles. The fading battler has fallen on hard times against the division’s best, so now he’ll have to prove he is still tough enough to turn away an emerging talent and save his UFC career. A failed move down in weight to featherweight saw Arnold Allen blast him out in one round, so he’ll be back up at lightweight for this one.

Hooker lands 4.91 significant strikes per minute at 47% accuracy and can keep the fight standing with sturdy takedown defense. On any given night, Hooker can be a handful and can take a tremendous amount of punishment. He's a solid finisher as well with 17 finishes in 21 victories, though he hasn’t won a fight inside the distance since 2019.

Puelles hasn’t been as active as one would expect, making the fight with fading veteran Hooker closer than it normally should be. The Peruvian grappler is hoping he can follow in the footsteps of Michael Chandler and Islam Makhachev and use Hooker as a springboard toward title contention.

The “Prince of Peru” is a takedown artist who averages 2.74 takedowns per 15 minutes at 38% accuracy with 1.4 submission attempts. He is a conservative striker, landing only 1.99 significant strikes per minute at 51% accuracy. Most of his fights are low-striking affairs as he hunts for a submission, and he does that quite well with a total of seven of his 12 wins coming by submission.

There are a few tidbits here making this fight close. Hooker is obviously the more experienced fighter, but he’s also taller and longer than Puelles, who is nowhere near as busy as his previous conquerors. Puelles may not be as proficient as Makhachev on the ground, and his inactivity has him an underdog despite Hooker’s recent form.

Hooker vs Puelles tale of the tape

Though Hooker can be forgiven for his recent skid, there is no mistaking that he’s lost a step. Even if he does come firing out the gates, that could play right into Puelles’ hands where he can reverse that momentum into a takedown. If anything, Puelles should be taking the striking initiative to test Hooker’s resolve.

Puelles has a lot in common with Nasrat Haqparast, who shared the same physical disadvantages and got torn apart when he faced Hooker. That limited striking output isn’t going to serve him well because Hooker can stay on his fee. There isn’t much Puelles can do offensively, and he isn’t big enough to bully Hooker to the mat.

This is the kind of fight that Hooker can still win, and we’re going to back him to end his skid at Puelles’ expense.

As the fight begins to settle into Hooker’s favor, Puelles is going to get desperate and shoot in for a takedown one time too many. Once Hooker has his timing down, he’ll pop Puelles with something big that stuns him and leads to a stoppage. Hooker will likely take advantage of Puelles’ unwillingness to strike and lay that groundwork early on.

Hooker scoring a stoppage is only slightly better than a decision win, but his desperation and the totality of his advantages should help him score his first stoppage in three years. Take Hooker to end this inside the distance for a +225 pickup.

UFC 281 Hooker vs Puelles Picks and Predictions: Desperate Hooker Fights for His Career
Provided by