Croatia vs Brazil World Cup Picks and Predictions: The Favorites Get a Step Closer

Brazil reaffirmed their status as the World Cup favorite with a 4-1 win over South Korea to set up a quarterfinal against Croatia. Our picks don't expect much trouble for Brazil here, either — find the World Cup betting value highlighted below. 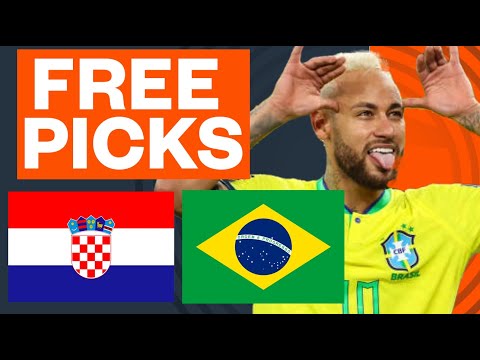 A place in the semifinal of the 2022 World Cup is on the line Friday, as 2018 runners-up Croatia face five-time champions Brazil.

Croatia escaped a tight game against Japan in the Round of 16, getting through on penalties after a 1-1 draw after 120 minutes. It wasn't so complicated for Brazil, who blew South Korea away in a 4-1 win and again head into a match as a considerable World Cup odds favorite.

It's no secret who we expect to advance here but where does the betting value lie? We break it down in our World Cup picks and predictions for Croatia vs. Brazil.

Croatia vs Brazil picks and predictions

Brazil are going to beat Croatia, and despite the ruggedness of the Croatian team, they'll do it in 90 minutes without much complication. For all the rightful adoration Brazil's attack has garnered during the tournament, they've been nearly unpenetrable at the back.

The only goals Brazil have conceded in Qatar have been to Cameroon with a heavily rotated squad, having already progressed, and South Korea's consolation in the Round of 16. That isn't the result of good fortune but rather tremendous defensive stability.

While Brazil's fullbacks were of concern ahead of the tournament, they've passed each test in the face of several injuries. It's the spine of their defense, however, that has been performing at an elite level. In Casemiro in midfield, Marquinhos and Thiago Silva at centerback, and Alisson in goal, Brazil have a quartet featuring three world-class players and one of their best-ever performers in Silva.

Brazil's defense has effectively muted any attacking opportunities for opponents so far. They're conceding 0.35 expected goals per 90 — the second-lowest at the World Cup behind Argentina — and opponents are averaging just 11.25 shot-creating actions per 90 against them. (For comparison Qatar, who scored once and had six shots on target total across three games, averaged 12.67 shot-creating actions per 90.)

In the rare scenarios in which Brazil's defense has been beaten, Alisson has answered the call. The Liverpool keeper is one of the best shot-stoppers on the planet and has already made a few needed saves at the World Cup, with the lone goal he has allowed coming on 1.6 xG.

Alisson may not be needed against this Croatia team, however, with the 2018 runners-up creating so little in four games. Among the teams left in Qatar, only Morocco have fewer goals per 90 (0.92) than Croatia's 1.15, while their 1.20 xG per 90 is the third-lowest.

The direct nature of Croatia's attacks, playing into striker Andrej Kramaric from wide areas, doesn't threaten Brazil's defensive weaknesses either, with Silva and Marquinhos more than equipped to deal with such attacks.

Croatia have the tournament know-how but are, on balance, the least impressive team remaining. Brazil will send them home on Friday and do so with a clean sheet.

B) Build your own World Cup same game parlay and get up to a 100% profit boost at DraftKings! Bet Now

Croatia vs Brazil side analysis

With Brazil -275 on the 3-way moneyline, I have a couple of alternate plays.

The first is Brazil to win to nil, as laid out above. That's our best value on Brazil without a doubt but for a little protection, in case Croatia find a goal, I like Brazil -1 (-115 at bet365).

I just really struggle to see a scenario in which Brazil don't advance after 90 minutes by multiple goals. They're the rightful World Cup favorite in fantastic form and, having overcome most injuries, can again boast great depth.

Croatia, on the other hand, are the least impressive team remaining and one that looked utterly gassed by the end of 90 minutes in the Round of 16. They won't have the talent or the legs to keep this all that competitive.

Brazil's fantastic play in attack, of course, was the driving factor in their 4-1 win over South Korea. That said, their opponents played their part too. There was a level of naivety in South Korea's defending, with huge gaps vertically, between defense and midfield, and horizontally between the back four. Brazil can kill teams without space — the amount of it South Korea afforded them was a death wish.

There's enough quality in Brazil to convert the chances they do get but Croatia won't be exposed anywhere close to the way South Korea were. 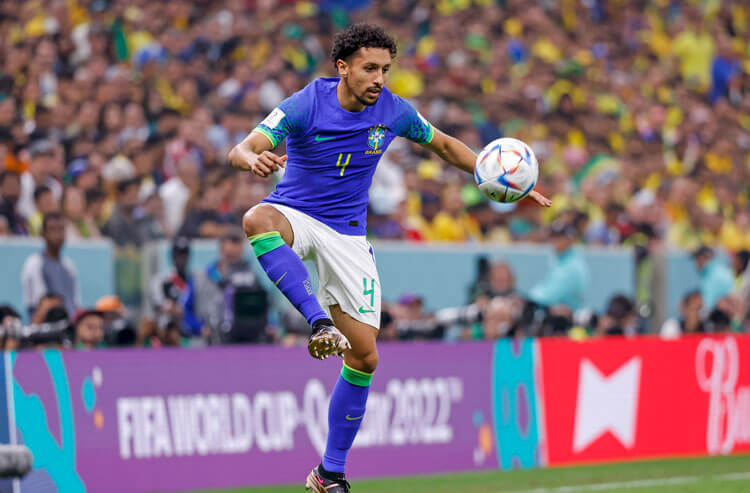 Croatia vs Brazil World Cup Picks and Predictions: The Favorites Get a Step Closer
Provided by