Wolves vs Arsenal Picks and Predictions: Players to Take It Easy Ahead of Qatar

With the World Cup just days away, you'll be hard-pressed to find any hard tackling on Saturday at Molineux Stadium between either side. Find out how to capitalize on this in the betting market in our Wolves vs. Arsenal picks.

We’re just one week from the winter break in the Premier League, and Arsenal are still on top of the league. They have just one more game to play before the World Cup, and if they beat Wolves on Saturday, they’ll be top until at least Boxing Day.

If Arsenal loses, then it opens the door for Man City to claim the top spot. Can Mike Arteta’s team hold on? Don’t miss our Wolves vs. Arsenal tips and predictions.

Wolves vs Arsenal picks and predictions

Arsenal fans expected good things this season after their signings in the summer, but a little over a year ago, a large chunk of the fanbase wanted Mikel Arteta sacked. The Spaniard has done such a brilliant job in the past year that nobody at the Emirates would want that now.

This week has seen the majority of international squads announced, with others set to be confirmed over the weekend, meaning that the players will also have one eye on this winter’s World Cup. Both clubs have players who’ll be traveling to the tournament, with Wolves containing a large Portuguese contingent and Arsenal a wide variety of stars.

Whilst the managers of both clubs will want their players to be committed, it’s understandable that some stars won’t want to risk injury ahead of the World Cup, a highlight for every player’s career. This is a Wolves team who won’t have their manager Julen Lopetegui taking charge until after the World Cup, and an Arsenal team who should be strong enough to win this comfortably without needing to get involved in a physical battle.

The combination of that and the World Cup looming makes me think this will be a game with fairly minimal hard tackles and, therefore, less likelihood of cards. The total cards line sits at 4.5 with most books, but I’ve taken an alternate line of 3.5, and I’m backing the Under.

In addition to the wider narrative about the upcoming World Cup is also the fact Stuart Attwell is officiating the game. The 40-year-old has given out just 24 yellow cards in the eight Premier League games he’s officiated, at an average of three per game.

With Atwell in charge and the World Cup just over a week away, backing Under 3.5 cards is the smart play.

Wolves vs Arsenal side analysis

Arsenal heads into this weekend at the top of the Premier League with Wolves down in 19th and level on points with bottom club Nottingham Forest. Wolves have been unlucky at times this season, with both Jiminez and Kalajdzic out for a long time and recent signing Diego Costa suspended.

It’ll likely be Goncalo Guedes tasked with leading the team from the front this week, and he’ll have a tough time against Arsenal's defensive duo of William Saliba and Gabriel, who have both been impressive this season.

As usual, Arsenal’s hopes will lie with their front four. Brazilian Gabriel Jesus plays the frontman with compatriot Gabriel Martinelli on the left flank, with the rest of the four made up by Martin Odegaard and Bukayo Saka. That’s a brilliant front four who offer pace, guile, work rate, and creativity that will cause headaches for Wolves all game long.

It’s hard to look beyond the Gunners leaving Wolverhampton without three points, and this should be an easy win for them.

The betting favors the Over here, but I’d back the Under. Bruno Lage may no longer be in charge of Wolves, but this is a team and a group of players who’ve made Molineux a fortress over the last couple of seasons. They are generally good defensively and tough to beat, and 57.1% of their home games this season have seen Under 2.5 goals.

Arsenal are known as a free-scoring, attacking team, but the majority of their high-scoring games have come at the Emirates and not away from home. They have seen three or more goals in every single home game this year, but when they’ve been on their travels, 57.1% have been Under 2.5 goals (including their last three).

In fact, it’s not since mid-September when an Arsenal game away from the Emirates had three or more goals. Back the Under on Saturday.

Saturday should be dry in Wolverhampton, but temperatures will be in the mid-50s by the time of kickoff for this game under the floodlights. 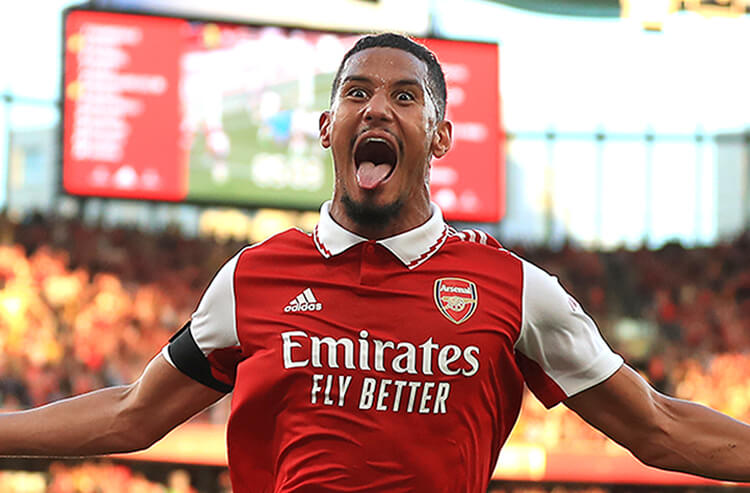 Wolves vs Arsenal Picks and Predictions: Players to Take It Easy Ahead of Qatar
Provided by