USA vs Mexico World Cup Qualifying Picks and Predictions: El Tri Out for Revenge in Ohio

The rivalry between the USA and Mexico defines CONCACAF soccer, and it has already seen two triumphs for the USMNT in 2021. Can Friday's hosts make it three out of three against El Tri? Check out our World Cup qualifying picks.

CONCACAF's most famous rivalry will renew as World Cup qualifying continues this week, with Mexico making the trip north to take on the USA in Cincinnati. This will be the third competitive game between the rivals in 2021, after the USMNT triumphed over El Tri in both the Nations League and Gold Cup finals.

While it's the U.S. with recent bragging rights, Mexico have been the superior team throughout the year and sit above Friday's hosts in qualifying.

How will the latest chapter in this great rivalry play out? Find out with our free soccer picks and predictions for the USA vs. Mexico on November 12.

Clear conditions are forecast for Friday evening in Cincinnati, with some clouds expected and temperatures around 45 degrees Fahrenheit at kickoff.

USA: No injuries to report.
Mexico: Nestor Araujo CB (Out).

A year littered with discouraging performances from the USMNT appeared ready to go from bad to worse when, after suffering their first defeat of qualifying away to Panama, the U.S. went behind in the first minute at home against Costa Rica. The USMNT were able to claw back in that one, however, in a 2-1 win and sit second in qualifying, with 11 points from six games.

The USMNT come into this window down a couple of key players, most notably the country's best center-back, John Brooks. They will, however, get two major boosts as well.

Christian Pulisic, who had been left out of the squad recently as he recovered from injury, has made his return at club level and now will return for the national team. While the States have a few young attackers emerging across Europe and domestically, Pulisic remains the team's best attacker and his pace will be invaluable against a Mexican team that wants to play in possession.

In the midfield, meanwhile, Weston McKennie isn't returning to the squad after time away but he is joining the national team in outstanding form. After a dip, both self-inflicted and otherwise, McKennie is performing better than ever for Juventus and is resembling the midfielder who was capable of bossing games for Schalke in the Bundesliga as a teenager.

Ahead of the United States in the table are Mexico, one of two remaining undefeated teams (along with Canada) and on 14 points. The region's heavyweights have been fairly dominant throughout the year with just the two losses to the USA as blemishes. However, we can only take so much out of those two results, with World Cup qualifying being of significantly higher importance and the Mexican squad reflecting that, as it's considerably stronger than the teams that lost to the USMNT previously.

This will be the USA's 13th home game of 2021, with 11 wins and a draw from the first 12. While, quite amazingly, two of those 11 wins have come in high stakes games against Mexico, that perfect record against their hated rivals won't continue as the pair split points on Friday.

The American teenager simply cannot stop scoring for club or country. The 18-year-old just completed a breakout season for FC Dallas in MLS, where he established himself as a regular starter and scored 13 times in 24 starts as the latest product in the club's fantastic academy.

Yet, it's for the USMNT where his legend has seemingly grown even larger. Since opting to represent the United States instead of Mexico, Pepi has made three starts for the national team and has scored three times, and added an assist.  Shining for the U.S. both home and away already in CONCACAF bodes well for his future contributions with the national team, as a certain type of mentality is required to perform in the tense atmosphere of the region.

Pepi has stormed onto the scene and taken hold of the striker spot for the USMNT. Amazingly, he has started in great goalscoring form despite the absence of Pulisic and the poor form of McKennie. With Pulisic serving as a creative outlet wide and drifting inside to create space, and McKennie driving forward, goalscoring chances will become more frequent. As Pepi has already proven, he doesn't need too many more to deliver a goal. 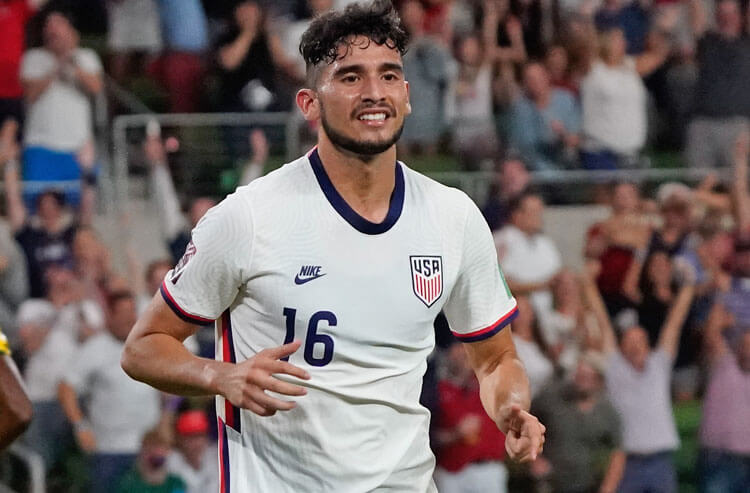 USA vs Mexico World Cup Qualifying Picks and Predictions: El Tri Out for Revenge in Ohio
Provided by