Canada begin a massive two-game window against Costa Rica as they attempt to qualify for their second-ever men's World Cup. Our picks highlight why Canada can stay undefeated with a healthy squad and superstar Alphonso Davies playing at home.

A pivotal two-game international window in Canada's World Cup qualifying campaign begins Friday, as they welcome Costa Rica to chilly Edmonton. The moment is made greater due to the game's location, with Canadian superstar Alphonso Davies set to play for the national team in his hometown for the first time.

Though Costa Rica have made back-to-back World Cups, their chance at a third hangs in the balance as they are four points back of automatic qualification at the halfway point and currently looking up at Friday's opponent.

Here are our free picks and predictions for Canada vs. Costa Rica, with kickoff on November 12.

It's going to be a chilly night in Edmonton for Canada's meeting with Costa Rica, as temperatures are expected around 30 degrees Fahrenheit at kickoff.

Canada have plenty of reasons to feel confident going into their meeting against Costa Rica. They were able to navigate the previous window of games without a handful of key players to remain undefeated in qualifying, with a win and two draws. And, similarly, they eliminated this same Ticos squad in the quarterfinals of the Gold Cup despite being without Davies and their first four choice strikers.

Now Costa Rica have to face Canada yet again, but it's a Canadian team that is nearly at full health and have only continued to grow as a program since that July meeting. Davies, Jonathan David, and Cyle Larin's presence will allow Canada to start their ideal front four, with that trio likely to start along with Tajon Buchanan, whose rapid rise was only just beginning in the summer.

Canada's attacking depth will be further boosted by former Chelsea youth player Ike Ugbo, who scored 16 goals as a 21-year-old in Belgium last season and committed his future to Canada despite playing for England at a youth level.

Key veterans Milan Borjan, in goal, and midfielder Atiba Hutchinson, return to the squad after putting in vital performances in their previous appearances. Though Canada can adequately replace the pair who were previously seen as irreplaceable in lesser teams, their calming presence shined the last time they appeared for Canada, and will be important with two massive games ahead.

While Canada's two veterans complement a wealth of young, exciting talents, Costa Rica are a veteran-laden team that have not even tried to bleed in youth. Los Ticos are consistently the oldest team in CONCACAF, and have looked that way throughout 2021 as the talent gap has become increasingly clear in games against youthful Canada and the USMNT.

Traveling to Edmonton to begin this international window, the difference in talent and energy will be clear from the first whistle until the game ends with Canada victorious again.

Cometh the hour, cometh the man.

Canada ended the previous set of games with an absolutely crucial home game against Panama, with a win almost certainly needed if they wanted to end this qualifying cycle with a place in the 2022 World Cup. The greatest male soccer player in the country's history, Alphonso Davies, stepped up and delivered the performance of a lifetime as he dominated the Panamanian defense, created chance after chance in a 4-1 win, and scored the winner in a sequence that will live on in Canadian soccer history.

Davies has been phenomenal throughout this qualifying cycle, with four goals and eight assists in 11 games. Like the entire Canadian attack, he has a mouth-watering matchup on Friday against an aging and slow-footed Costa Rica defense. It will only be a matter of time until a ball falls to him either on a counter or in possession and then he'll be through on goal in a matter of moments.

A growing legend with a habit of stepping up in the moment, Davies will bury his chance and score in front of his adoring hometown fans. 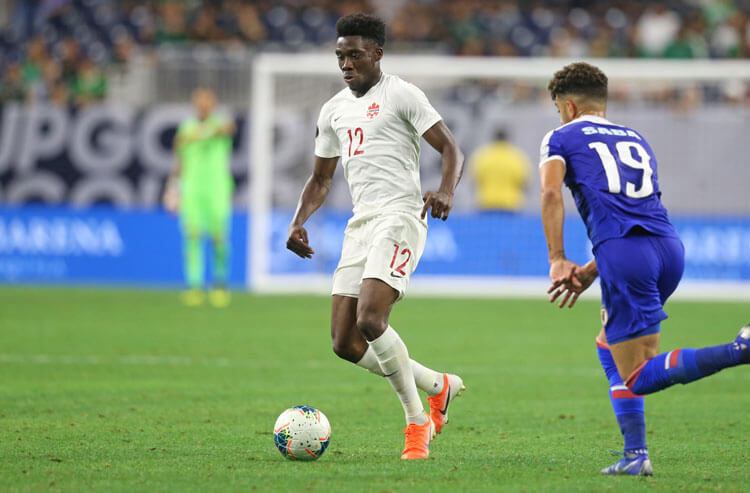