Newcastle United are third in the table and guaranteed to be Top 4 after the weekend. With Chelsea visiting St. James' Park, our EPL picks both sides to aid their push for Champions League action next season.

Saturday gives us eight matches but arguably the pick of the bunch is Newcastle United vs. Chelsea, with both teams working hard to finish in the Top 4 of the Premier League and seal a spot in the Champions League next season.

With the season about to pause for the World Cup, this game gives both managers a chance to plant a flag before the players come back from Qatar.

Don’t miss our Newcastle vs. Chelsea picks and predictions ahead of kickoff on November 12.

Newcastle vs Chelsea picks and predictions

Both teams have multiple players traveling to Qatar, and Chelsea, in particular, are impacted.

We’ve never had a World Cup coming so quickly after domestic games, so we can’t be sure exactly what will happen but it’s a fair assumption to believe that this might not be the usual full-blooded, frantic Premier League that we’ve come to expect.

Both teams come into this weekend chasing the Top 4 and have genuine aspirations for Champions League action next season. Newcastle entered the weekend third in the table and only five points behind Man City. Chelsea are down in seventh and six points behind Saturday’s opposition, but they do have a game in hand.

While Eddie Howe and Graham Potter have both been linked with the England job at times in the past, it goes without saying that their clubs are their focus now and neither man will want to rest any of their players with the World Cup around the corner, so expect full strength lineups, despite some fans wanting players to have a break.

As much as they’ll want their players at 100% you have to think that the players might have one eye on their flights at the start of next week. For that reason, I feel like a draw really leaps out as a potential result here, especially with nice odds of +245.

Newcastle have already drawn six of their 14 games and welcome a Chelsea team who are relatively good defensively, and not great in front of goal, both attributes which make a draw more likely. With both teams in the hunt for European spots, it’s important that neither loses ahead of the winter break, so in that regard, a draw is potentially a good option for all teams here.

Newcastle vs Chelsea side analysis

When the two teams meet, we’ll see Newcastle line up in a 4-3-3, with Dan Burn, Sven Botman, Fabian Schar, and Kieran Trippier in front of Nick Pope. The heart of Newcastle is Bruno Guimaraes, with the Brazilian midfielder feeding the frontline and anchoring the midfield.

Upfront for Newcastle will be Chris Wood, with Callum Wilson out ill fresh off an England recall, with Miguel Almiron and Jacob Murphy alongside Wood.

It’s a little harder to pick Chelsea’s lineup, with Graham Potter potentially deploying a 4-2-3-1 or a 5-2-3. One thing we can assume is that Lewis Hall will have some part in the game after an incredible performance against Man City in the Carabao Cup on Wednesday. Hall is only a youngster but he was the best player on the pitch in a Chelsea shirt and should be involved, either at left-back or in the midfield.

Pierre-Emerick Aubameyang should get the start up front with England duo Mason Mount and Raheem Sterling with him. We’ll also likely see Kai Havertz back on the field, having only been on the bench midweek.

Chelsea are still finding their way under Potter but they still have a huge amount of talent and a draw feels like a fair result between these two teams.

Will we see Over 2.5 goals or Under? It’s a close call according to the books, with the odds pretty much matching. I’d lean towards backing Under 2.5, with the World Cup on the horizon I continue to think that we’ll see a slightly less competitive game than usual.

A dry day in Newcastle will see the temperature remain consistently around 60 degrees for the bulk of Saturday’s game. 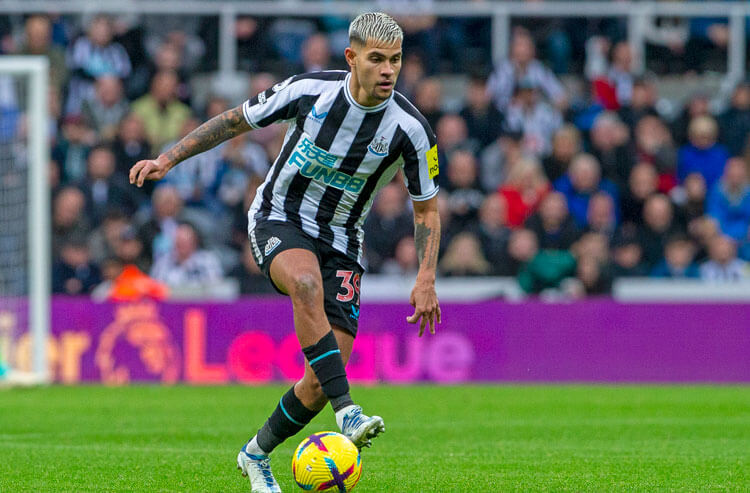