Fulham vs Tottenham Picks and Predictions: Kane Steps Up at Craven Cottage

The Hotspurs have dropped two matches in a row to Arsenal and Manchester City, but we're banking on Tottenham's star striker to find the back of the net against Fulham on Monday. Read more in our EPL betting picks.

Coming off a miserable week and some tough love from Antonio Conte, Tottenham will look to steady their faltering season against London neighbors Fulham on Monday.

Tottenham was rocked by a second-half meltdown against Manchester City on Thursday, blowing a two-goal lead on the way to a 4-2 loss, with defending that Conte described as “like a team fighting in the relegation zone.” The ripple effects of that collapse could be huge.

The visitors will be tested again here by a talented Fulham side that’s only two points behind them in the table and has shown no fear against the Premier League big boys since being promoted last season. Marco Silva’s men had won five games in a row before a 1-0 loss to Newcastle last weekend.

Read on for our free Fulham vs. Tottenham picks and predictions ahead of this January 23 matchup.

Fulham vs Tottenham picks and predictions

Harry Kane has tormented plenty of Premier League defenses over the years, but Fulham’s backline has to be high on the list of victims. The Cottagers must be sick of the sight of Kane, who has scored seven goals against them in six appearances, including an FA Cup hat-trick in 2017.

The England captain was on target against Fulham in the teams’ prior meeting this season, scoring what proved to be the winner. I like his chances of adding to his tally on Monday.

Kane has had some clinical moments since the post-World Cup restart, with two goals against Crystal Palace in early January and another in the FA Cup to sink Portsmouth. He should be hungry for goalscoring chances at Craven Cottage after being kept at bay in Tottenham’s last two games —losses to both Arsenal and Manchester City.

Fulham continue to show they belong in the top half of the table but are without a clean sheet in their last four home league games. This will be a big test for center-backs Tim Ream and Issa Diop up against Kane’s movement and the attacking threat of Son Heung-min and Dejan Kulusevski.

With Tottenham in danger of losing touch with the top four, I’m counting on their best player to step up in this important showdown. It doesn’t hurt that he’s always on penalty duties, either.

Fulham vs Tottenham side analysis

Despite the collapse against City, Tottenham have been installed as favorites by the oddsmakers, but not by as large a margin as it would have been a week ago. Conte’s men have something to prove after consecutive poor defensive performances and some shaky goalkeeping from Hugo Lloris.

Make no mistake, Fulham are a legitimate threat to finish in the top eight and make a run at European qualification. They’ve won both their home games since the Premier League restart, beating Southampton and Chelsea, and frustrated Newcastle last weekend in a game that might have looked very different if Aleksandar Mitrovic had converted a second-half penalty. The return of left-back Antonee Robinson from suspension also provides an added boost.

Tottenham edged the teams’ first meeting of the season — a tight 2-1 battle in September — but their fragility over the past week has raised red flags. If you’re picking the visitors here, you’re counting on Conte’s blunt assessment of his team’s play after the City loss to provide a spark.

The numbers suggest Monday’s clash will deliver goals. Before the loss to Newcastle, you had to go back to October 29 for the last time Fulham had failed to score. Mitrovic, Willian, and Andreas Pereira give Silva’s side plenty of creativity in the final third, and I expect both keepers to be busy.

It’s reasonable to look for a big response from Tottenham too, after the fragility they’ve shown lately and the need for three points here. This has been a down year for Son by his high standards, but he remains a game-changer on his day. Still, with Richarlison available again, that could be one of the changes that Conte considers. A shake-up at the back would be no surprise either, with Ryan Sessegnon and Clement Lenglet as candidates to start.

The short odds for both teams to score backs up the idea that we’ll see an entertaining end-to-end game — and there’s some value in the Over 2.5 goals prop with Kane and Mitrovic as such consistent scorers. The pair has combined for 26 Premier League goals so far this season.

Conditions are expected to be around 37 degrees Fahrenheit and fairly mild, with the sun poking out in the early afternoon. 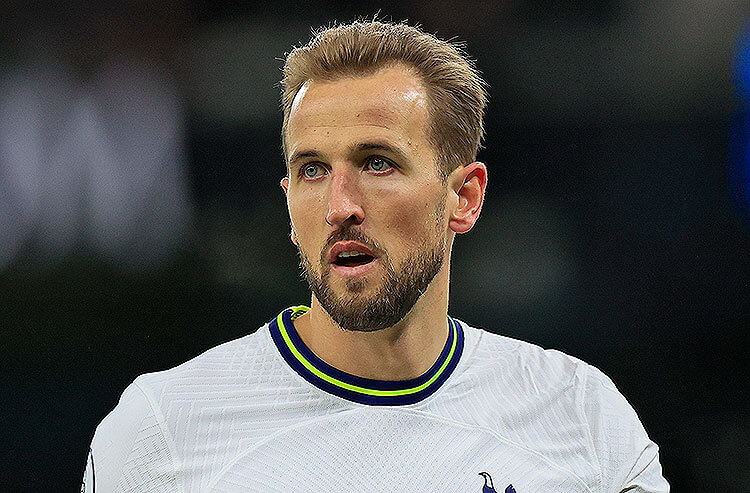 Fulham vs Tottenham Picks and Predictions: Kane Steps Up at Craven Cottage
Provided by