The opening weekend in the Premier League will see last year's second-place finishers, Liverpool, visit Fulham at Craven Cottage. The newly promoted side has made smart signings, but our EPL picks detail why they're in trouble here.

The Premier League season opens this weekend, and Liverpool will seek to claim a title that they had one hand on last season with just 45 minutes to go. They’ll start by traveling to Fulham, facing a side that makes its third return to the Premier League in five seasons.

Liverpool have added a few new faces, one of which was a stand-out player for Fulham last campaign. Meanwhile, the hosts will seek to remain in the Premier League after a series of yo-yo seasons back to the Championship.

Let’s break down the action in our Fulham vs. Liverpool picks and predictions for Saturday, August 6.

The weather at noon on Saturday will be beautiful, with plenty of sunshine and temperatures in the low 70s. Rain is not expected and a slight breeze coming off the River Thames should not disrupt proceedings.

Fulham hope this stay in the Premier League lasts a bit longer than the previous two. Each of the last five seasons they’ve plied their trade in a different league than the year before. They led the Championship from start to finish last season, scoring 106 goals in 46 matches with Aleksandar Mitrovic providing 43 of those himself — a Championship record.

This season, they’ve made a multitude of additions to strengthen the defense and midfield, with keeper Bernd Leno, defender Kevin Mbabu, and holding midfielder Joao Palhinha being the most important additions. However, it’s the loss of one player that might play the biggest role, as attacking midfielder Fabio Carvalho was sold this summer after scoring 10 goals and assisting eight others. The 19-year-old will be in attendance, however — on the bench of the visitors.

Liverpool fans and players certainly feel like last season was a let-down compared to what looked possible at the midpoint of the season. With the word “quadruple” floating around, Liverpool played every single match possible in the 2021-22 campaign, reaching the final of all three cup tournaments they were involved in.

With center forward being a concern at times the past few seasons, Sadio Mane filled in but left this summer for a new challenge. Enter Darwin Nunez, a blockbuster signing from Benfica who had an outstanding campaign and scored against Liverpool in the Champions League group stage last season.

He, along with Luis Diaz and the newly extended Mohamed Salah, give Liverpool a formidable attack that could be one of the best in all of Europe. With right back Trent Alexander-Arnold providing services from the wide areas and a healthy Thiago pulling strings in the midfield, the side is yet again poised to be in the thick of the title race.

Fulham have a bad history when it comes to returning to the Premier League. Each of the previous five times they were promoted, they tasted defeat in their first match back in England’s top flight. In both defeats, Fulham fell behind in the opening 45 minutes and never recovered. To have Liverpool coming to visit is one of the worst matchups they could have as they look to end that streak.

Given how well they looked last week in the Community Shield against Manchester City, and their stellar opening-day form under Klopp, I see no reason why history doesn't repeat itself.

Take Liverpool to lead at the end of both halves against a Fulham side that has always taken a bit to reacclimate to the Premier League after a season in the second tier.

Diving further into Fulham’s lack of success upon returning to the Premier League, forget winning matches — they have struggled to simply score. The last two season openers after promotion for Fulham were a 2-0 defeat to Crystal Palace in 2018 and a defeat in 2020 against Arsenal, both of which came at Craven Cottage.

Liverpool opened last season away from home against a newly promoted side and walked away with a clean sheet. While Fulham terrorized defenses last year in the Championship, they did so with Carvalho pulling the strings.

They’ve strengthened their spine heading into this season, but I don’t see a playmaker capable of getting the ball to Mitrovic in dangerous positions, or one who is able to create against one of the best defensive sides in all of Europe.

Look for Fulham to be shut out yet again on opening day.

There are many things in life that are certain. We are born and we die. The sun rises in the east and sets in the west. It’s hot in the summer and cold in the winter. And Mohamed Salah scores on opening day for Liverpool.

While one of those things is not like the others, it doesn’t make it any less true. Five times Salah has taken the pitch for Liverpool in their season debut, and every time he’s walked off after 90 minutes with his name on the scoresheet.

With the added threat of Nunez in the center of the attack and Diaz roaming the opposite flank, Fulham’s defense will struggle to contain the overload attack that Salah and Alexander-Arnold threaten defenses with on a regular basis.

Take Salah to score, and pair it with a Liverpool victory to add a bit more profit to the payout. 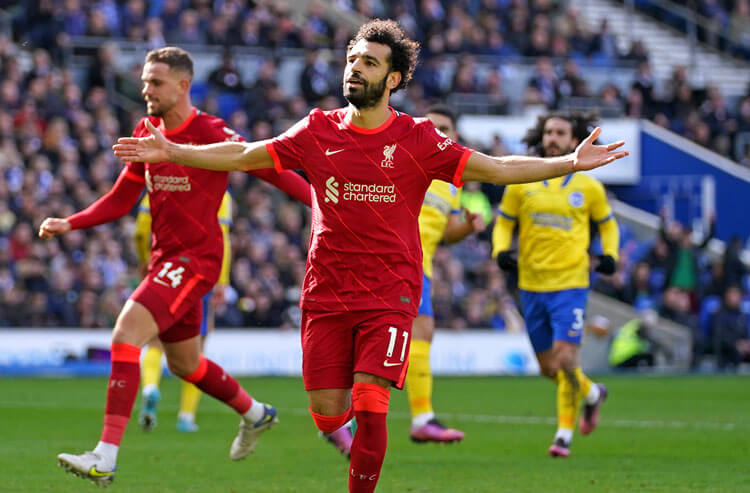