Kylian Mbappe and Paris Saint-Germain look to avenge their Champions League Final loss last season with a rematch against Bayern Munich in the quarterfinals of this year's Champions League.

Eight of the top domestic clubs in Europe kick-off quarterfinal action at the Champions League this week—and oddsmakers have these games as surprisingly wide open.

Manchester City are the unsurprising Champions League betting favorites to claim the title at +200, but there are a host of teams not far behind. Runner-up Bayern Munich are installed at +400, followed by Chelsea at +500, Liverpool at +600 and Paris Saint-Germain at +700. And bettors shouldn't sleep on Real Madrid, who are listed at +1,000 and will face a struggling Liverpool team in quarter-final play beginning this week.

Here are our top Champions League picks and predictions for April 6-7:

It's one of the most intriguing matchups of the Round of 8 and the books aren't expecting the opening match to be all that competitive as Man City hosts Borussia Dortmund. City had little trouble getting past Borussia Monchengladbach in the Round of 16, winning 4-0 on aggregate. Dortmund had a much tougher time of things, squeaking past Sevilla 5-4.

Dortmund might have one of the top young players in the world in Erling Haaland, but he hasn't seen many defenses as stout as Man City's, which has allowed just one goal through eight Champions League matches. We like the dominant hosts to not only pull out the victory in the opening leg, we also like them to keep Haaland and the rest of Dortmund off the scoresheet.

The long-awaited rematch of the 2018 Champions League championship takes place Tuesday evening as Real Madrid hosts Liverpool. Madrid are slight underdogs for the opening leg of this quarterfinal matchup, nearly three years after rolling to a 3-1 victory over Liverpool that clinched them a record 13th Champions League title in team history.

Both teams are ailing, with Eden Hazard, Sergio Ramos and Daniel Carvajal sidelined on the Real Madrid side and Joel Matip and Virgil van Dijk among six key players out of action for Liverpool.

But the visitors still have Sadio Mane and Mohamed Salah up front, and have kept a clean sheet in seven of their last nine Champions League matches. We like them to prevail here.

Germany's most prolific offense matches up against the best defensive squad in French football Wednesday when Bayern Munich hosts Paris Saint-Germain in a rematch of last year's Champions League final. Bayern advanced to the quarterfinals with ease, rolling to a 6-2 aggregate triumph over Lazio. PSG looked just as impressive against tougher competition, beating Barcelona 5-2.

Both sides are missing arguably their biggest contributors, with Marco Verratti (COVID-19) out for PSG and Robert Lewandowski (knee) sidelined for Bayern. The loss of Lewandoski is a significant one for the hosts—and combined with PSG's thirst for revenge and increased focus on the Champions League with their Ligue 1 title hopes fading, we like the visitors to keep this one even.

Every elimination tournament has a Cinderella team and that distinction for this year's Champions League competition belongs to FC Porto. The upstart Portuguese side faces long odds yet again as it kicks off its quarterfinal matchup Wednesday against visiting Chelsea. Porto pulled off a significant upset in the Round of 16, knocking off Juventus in extra time of the second leg.

Chelsea have shown outstanding form in this year's Champions League tournament, keeping a clean sheet in six of their eight matches so far. And while Porto are full value for their appearance in the quarterfinals, they'll have a difficult time finding success against a Chelsea side that's coming off a two-leg shutout of Spanish powerhouse Atletico Madrid. Take the Blues and the Under. 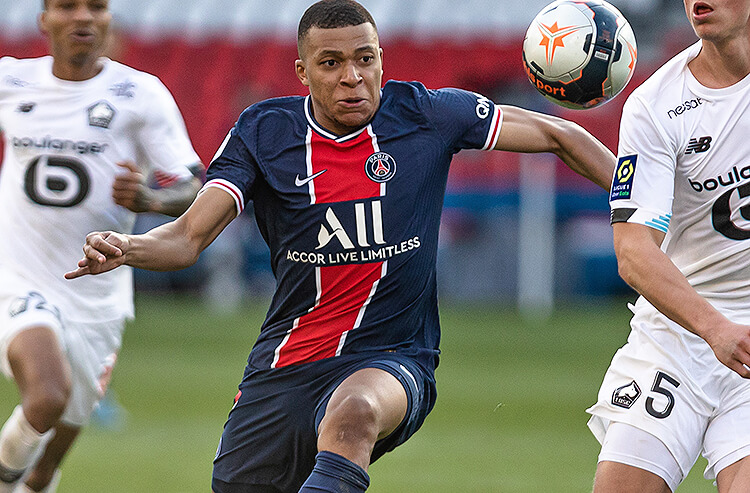