Somehow, Manchester City have hit another level with the new EPL season underway. City are scoring at will, while the tension rises around Aston Villa — we break this one down in our Man City vs. Aston Villa picks and predictions.

Two clubs on the polar opposite sides of the spectrum meet at Villa Park on Saturday, as in-form Manchester City face a Villa side reeling in the bottom three.

Five matches should be too soon to press the panic button but unfortunately for Steven Gerrard, that’s not the case at Aston Villa. His side has taken just three points from a possible 15, which has some people calling for the Liverpool legend’s job.

A relief from criticism is unlike to come here, against Manchester City. Keep reading for our picks and predictions, ahead of kickoff at Villa Park on September 3.

The temperature will be a pleasant 68 degrees Fahrenheit at kickoff. Winds will be pretty light, at about 9 mph, and humidity should be about 65 percent. Rain is expected, at least intermittently.

It’s a fixture nobody affiliated with Aston Villa looks forward to. City have beaten Villa nine times on the bounce in all competitions and seven straight in the Premier League. City’s unbeaten streak against Villa is currently at 11 matches.

You’d have to go back nine years to find the last time Villa triumphed over City in the Premier League. It’s an ominous prospect for the home side, who’ve won just one of their previous five at Villa Park dating back to last season.

City, as is the case seemingly perpetually, are flying. Pep Guardiola’s side has scored 21 goals in five matches and 19 in their previous four. The only chink in their heavily reinforced armor came away at Newcastle, where they were forced to leave St. James’ Park with a share of the spoils.

Erling Haaland has, as most expected, taken to the Premier League like a polar bear to glacial conditions. The Norwegian frontman has two successive hat tricks, and nine goals in his first five Premier League starts. He is already four goals ahead of the league’s second-most prolific goalscorer, Fulham’s Aleksander Mitrovic.

With their opening Champions League contest at Sevilla on Tuesday beckoning, Guardiola might decide to rest his prodigious striker.

However, Guardiola should bring Kevin de Bruyne back into the fold after leaving him out of the starting lineup in City’s 6-0 demolishing of Nottingham Forest.

Villa supporters will try to find some solace knowing their side is playing in the friendly confines of Villa Park. However, that won’t be enough to alter the match’s outcome. Villa are devoid of confidence and are comprehensively outgunned against an otherworldly City side.

Look for City to extend their winning streak against Villa to 10 matches in all competitions, putting further strain on Gerrard’s already tenuous position.

Manchester City are the Over kings. Only one of their previous 13 matches have seen fewer than three goals. Four of the five games in the current campaign resulted in the Over, and their last four games have seen 22 goals.

The staggering collection of evidence points emphatically to the Over.

Let’s get one thing straight: City are vulnerable at the back and are known to concede goals. They shipped five goals in two matches against Crystal Palace and Newcastle.

While Guardiola’s side conceded in bunches in those two encounters, they kept three clean sheets in the other three fixtures.

Combine that with Aston Villa’s sputtering offense. Villa have scored four goals in five matches, two of which came in the win against Everton. Gerrard’s side mustered two goals in the other four games, and won’t break through here.

Pick: Manchester City to win and record a clean sheet (+210 at BetMGM) 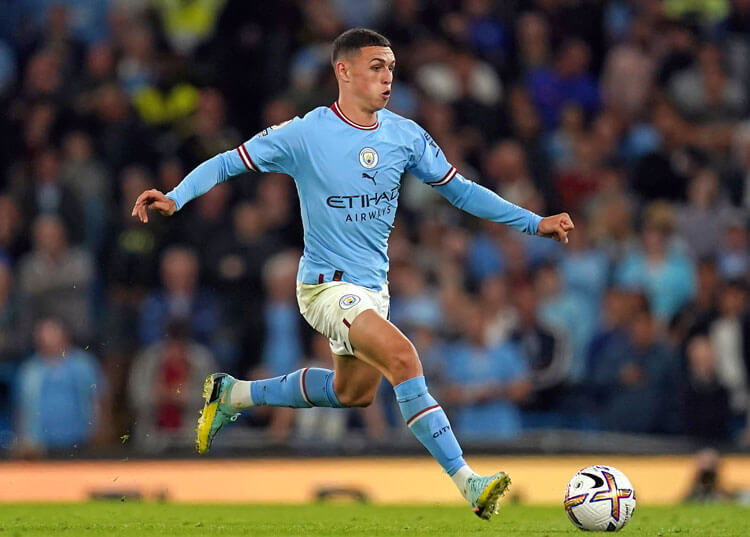