While Scottie Scheffler enters East Lake with the best starting score (10-under), our TOUR Championship outright picks target Patrick Cantlay — who will tee off two shots back of the World No. 1 as he hunts down his second straight FedEx Cup title.

The PGA Tour's final stop comes in the form of the TOUR Championship odds, with $18 million and FedEx Cup glory on the line at East Lake Golf Club.

Hard work has paid off for the likes of Scottie Scheffler and Patrick Cantlay, who will start the week at 10-under and 8-under, respectively. Xander Schauffele, Rory McIlroy, Jon Rahm, and others will have taller tasks as they start further down the board.

Our TOUR Championship outright predictions break down what to expect in Atlanta, including a leader looking to go back-to-back and two others we think could make a strong final push.

If you're signing up for a new sportsbook for the TOUR Championship, here are two of the best bonuses* available:

B) Patrick Cantlay or Scottie Scheffler to win BOOSTED to +300 at Betway! Claim Now

Among the favorites: Patrick Cantlay (+380)

Since the staggered start format was introduced to the TOUR Championship in 2019, two of the three winners have come from the No. 1 spot — including Patrick Cantlay's win from 10-under a year ago.

History seems to be repeating itself as Cantlay once again heats up at the right time. He successfully defended his BMW Championship title in Deleware last week and now enters East Lake just two shots back of FedEx Cup points leader Scottie Scheffler.

And while it may be tempting to go chalk with the World No. 1, I'm leaning towards the longer odds with Cantlay. While nice to have for Scheffler, the two-shot advantage isn't one that should steer you away from betting on the hotter golfer over four days.

Cantlay has been a force of consistency this season, with two wins among nine Top-5 finishes against just two missed cuts. He's finished T14 or better in all but one of his last eight starts and while Scheffler also looked strong at the BMW (T3), he's missed the cut in two of his last four and is now months removed from his last win at Augusta National.

His putter is once again running hot, gaining more than half a stroke putting per round in seven of his last eight events. He's paired that with iron-play and overall ball-striking that's continued to tick up as the season's gone on, which culminated in a BMW performance that saw him gain more than 6.5 strokes on approach and 5+ off the tee.

East Lake presents a historic opportunity for Cantlay to become the first back-to-back FedEx Cup champion. Despite the two-shot deficit, Patty Ice looks primed to do just that.

It's hard to call Jon Rahm anything but a favorite, but considering how quiet he's been this season and the seven-shot deficit he has to make up in Atlanta, I think his status as a sleeper is fair.

On top of finishing runner-up to Cantlay, Rahm tied for the best aggregate score here at East Lake a year ago. He also has a fourth-place finish here in 2020 (sixth-best aggregate score) and a T7 in 2017 in the normal stroke-play format. Since 2017, only two guys have a better track record in Atlanta:

And despite a quiet season with just one unimpressive victory at the Mexico Open, Rahm has put his foot on the gas during the playoffs with a T5 at the FedEx St. Jude and a T8 at last week's BMW. He ranks first in scrambling as well as strokes gained off-the-tee over that span and now looks ready to make one final push this week.

The seven-shot deficit seems like a near-impossible mountain to climb, but the former World No. 1 has four days to do it as he looks to one-up last year's second-place finish.

After going all of April, May, and June without a Top-15 finish, Hovland reappeared with a T4 at St. Andrews, another venue in which very few eyes were on him and expectations were low.

His results since then — T20 at FedEx St. Jude and T35 at the BMW — aren't as impressive but Hovland's ability to make birdies in bunches and go super low (eighth in birdie average) makes him a threat as he looks to chip away at the eight-shot deficit he faces in Atlanta this week.

However, he's played well at East Lake a year ago, finishing T5 with the fourth-best 72-hole score. A couple of low rounds on Thursday and Friday could be all he needs to get back in the mix and begin chasing down the leaders on the weekend. 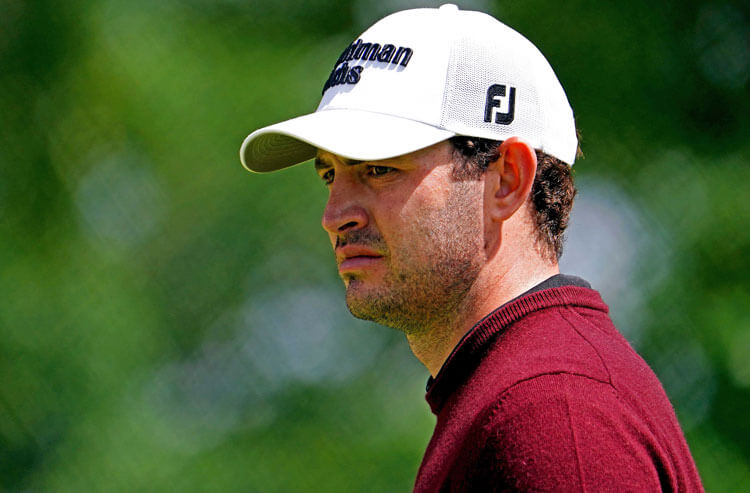