For the first time in a few months, most of the World's best golfers will be teeing it up together. They're all heading to the Bahamas for the Tiger Woods-hosted Hero World Challenge at Albany GC. Check out the live odds below as the event unfolds.

Often bridging the gap between calendar years in golf is the Hero World Challenge at the Ernie Els-designed Albany Golf Course, which is also hosted by Tiger Woods.

While it's categorized as an unofficial PGA Tour event, it features a star-studded field that includes almost all of the OWGR Top 20 (Rory McIlroy and Patrick Cantlay are the notable non-attendees).

Check out the full live odds below as the event unfolds. You can also check out our PGA Tour picks and predictions.

Despite not moving up in the OWGR, Jon Rahm has returned to incredible form of late.

His win at the DP World Tour Championship two weekends ago is the second in his last four starts, with the two other finishes being T2 at the BMW PGA and T4 at the CJ Cup.

The former World No. 1's putter has caught fire in recent weeks, making him the man to beat in the Bahamas when things tee off on Thursday.

Scottie Scheffler is coming off the best season of his career and continues to find his way into contention, finishing inside the Top 10 at the Houston Open (T9) and World Wide Technology Championship (T3) this Fall.

The current World No. 2 won four times last year — including his dominant win at Augusta — and finished solo-second here in the Bahamas. He'll surely be a threat once more.

In a bit of a renaissance last summer, Tony Finau won in back-to-back weeks at the 3M Open and Rocket Mortgage Classic. He extended that run by winning the Houston Open two weeks ago, making it three victories in just seven starts.

Finau has made three starts at the Hero World Challenge, all finishes inside the Top 10 with a personal-best runner-up coming back in 2018. In the best form of his career, expect him to be back in the mix this week.

Calling anyone in this star-studded field a longshot may be a stretch, but of the names further down the list, Max Homa certainly stands out.

Homa won the season-opening Fortinet Championship and went 4-0-0 in his Presidents Cup debut. He followed that up with back-to-back Top-25 finishes before a much-needed break in November that included the birth of his first child.

Packed full of talent and will to win, Homa should be in serious consideration no matter the odds, field, or course.

How can we not address the tournament host himself? Tiger Woods announced his commitment to play the Hero World Challenge earlier in November and later said he wouldn't be using a cart, because... of course.

We haven't seen Tiger competitively since he missed the cut at St. Andrews but he is a four-time winner here dating back to its previous iterations and will also be teeing it up in The Match later in December.

The 2022 Hero World Challenge will be played from December 1-4 at Albany Golf Course in Albany, Bahamas.

Jon Rahm is the current betting favorite to win the 2022 Hero World Challenge at +550 odds.

The overall purse for the 2022 Hero World Challenge is $3.5 million, with $1 million going to the winner.

Viktor Hovland won last year's Hero World Challenge with an 18-under 270 and is available to defend at +1,400 odds. 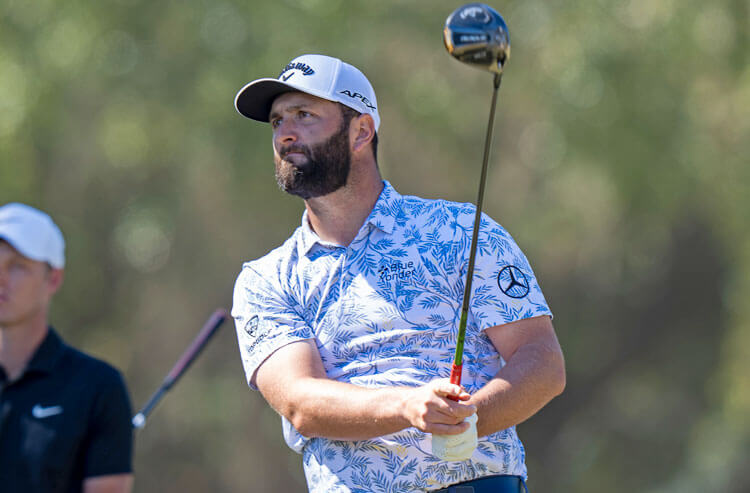