The Canadiens are once again massive underdogs for another playoff series at +220 odds to win the Cup and +170 to take Game 1 in Tampa Bay. Find out who we like in this elite goaltending matchup in our Canadiens vs. Lightning picks and predictions. 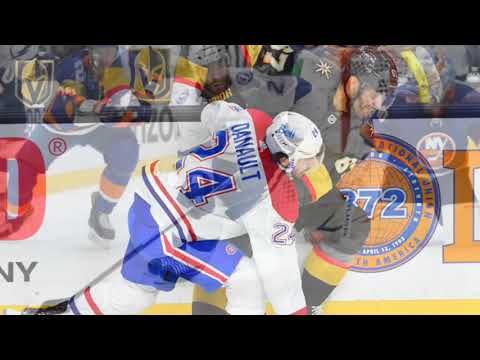 The 2021 Stanley Cup Final kicks off Monday as the North’s No. 4 seed Montreal Canadiens face the defending champions in the Tampa Bay Lightning. Montreal comes into the series as massive underdogs for the fourth straight series.

The 2021 Stanley Cup will feature the two best goalies of the playoffs in Andrei Vasilevskiy and Carey Price. Both netminders rank in the Top 2 in nearly every playoff category, including save percentage, goals saved abovex, WAR, and GAA.

Montreal opened as a +170 underdog, marking the seventh straight game Montreal hasn't been favored. The total opened at a flat 5 and should stay there for the entirety of the series.

Here are our free NHL betting picks and predictions for Canadiens vs. Lightning on June 28.

Tampa Bay hit the William Hill US odds board as -210 chalk late Friday night, dipped to -200 Saturday morning and remains -200 at 5 p.m. ET Monday, three ahours ahead of Game 1. The Lightning are taking 71 percent of moneyline bets, while the Canadiens (+175) are drawing 54 percent of moneyline cash. The two-way action is part of a theme at William Hill US. "The game is dead even, best-of-seven series is dead even and the futures market is dead even," WillHill director of trading Nick Bogdanovich said. The total opened at 5 (Over -120) and saw price adjustments this morning to Over -115, then to Over -125, though the Under is getting 57 percent of bets/73 percent of money.

The Under is 8-1-2 in the Lightning’s last 11 games following a win. Find more NHL betting trends for Canadiens vs. Lightning.

The Rodney Dangerfield run continues into the Stanley Cup Final as the Canadiens are getting no respect despite knocking off two favorites in the Maple Leafs and Golden Knights. After finishing the season as the 18th-best team by points, the Canadiens have been perfecting playoff hockey and getting the most out of their relatively unknown roster.

Price is the obvious exception to that. Though he struggled during the regular season, he has arguably become the best netminder in the playoffs to the surprise of zero hockey fans. Price’s consistency has set him apart from his competition as the Canadiens' puck stopper has a 2.02 GAA, a .934 save percentage, and has allowed more than two goals just twice over his last 12 playoff games. While Vasilevskiy may lead Price in many statistical categories, the Montreal goalie is more valuable to his team as his Conn Smythe Trophy odds prove. Price is +175 to capture the playoffs’ MVP but his team is +220 to win the series.

The Lightning relied heavily on their first line for scoring in the last two rounds. Of the 34 goals Tampa scored against the Hurricanes and the Islanders, 14 of them were scored by the top line of Nikita Kucherov, Brayden Point, and Ondrej Palat — they combined for 36 points. They will struggle to get on the scoresheet against a Montreal shutdown line that is led by Phillip Danault. The Habs’ shadow line eliminated the league’s top scorer in Auston Matthews in Round 1, held the Jets’ top line to a single goal in Round 2, and followed that up by also holding the Golden Knights’ top line to a single goal. In fact, through the six games versus the Knights, Vegas managed just five goals from its forwards.

Of course, Montreal will have to score on Vasilevskiy to win a game, and that won’t be easy. The likely Vezina winner finished his seven-game series versus the Islanders with a 1.59 GAA and a .940 save percentage. He also recorded two shutouts. But Montreal has shown it can win a low-scoring series. The Habs beat the Leafs after Toronto goalie Jack Campbell finished the series with a 1.81 GAA, and then Montreal knocked off the Knights in six games by scoring just 15 total goals. Beating a hot goalie is something this team is very capable of as it has won seven of a possible 10 one-goal games in the playoffs.

One of the more amazing stats out of Montreal this postseason is it is undefeated when scoring two or more goals. They've also dominated on the road this postseason with a 7-2 SU record that has returned +10u and a 111 percent ROI. Amalie Arena will be rocking with 15,000 fans but Montreal had no problems silencing the T-Mobile Arena crowd, taking two of three in Vegas in front of 18,000.

We like the Canadiens to take at least one game in Tampa and will be hitting them on the ML in both Game 1 and 2, barring anything crazy happening in the opener. A price of +170 is nearly impossible to turn down in the playoffs, let alone in the Cup final.

The Canadiens haven’t hit an Over since Game 3 of their series with the Jets. Through their 17 playoff games, the Under is 9-4-4 and the average total of a Montreal game in the postseason has been 4.35 goals with only two games combining for more than six goals. In its last series with the Golden Knights, the Over never hit, going 0-2-4 O/U.

Tampa has scored 58 goals through 18 playoff games with 20 of those goals coming with the extra attacker. The 34 percent PP goal dependency is the highest in the playoffs and is a major concern for the Lightning, as no team has been better on the PK than Montreal.

If you’re looking for the Bolts to get a couple on the power play, you could be waiting a while. Montreal has killed 30 straight penalties in the postseason and has actually scored more shorthanded goals than PP goals allowed in the playoffs. Montreal also does a great job defensively at getting into the shooting lanes, sporting the second-best blocks/game in the playoffs.

Tampa is coming off a series where it held the Islanders, who were the highest-scoring playoff team heading into the series, to just 11 goals in seven games. The Bolts also held New York to just a single power-play goal across 17 opportunities. The Lightning had some loose games in the earlier rounds but tightened things up versus the Islanders in Round 3.

If there were ever a series where we should be hitting the Under, it is this one, as this best-of-seven features the playoffs’ best goalies. This could be the best goalie matchup in the Stanley Cup since 2001 when Patrick Roy and Martin Brodeur were between the pipes.

Did you know that if you parlayed today’s NHL Canadiens vs. Lightning picks, you could win $42.71 on a $10 bet? 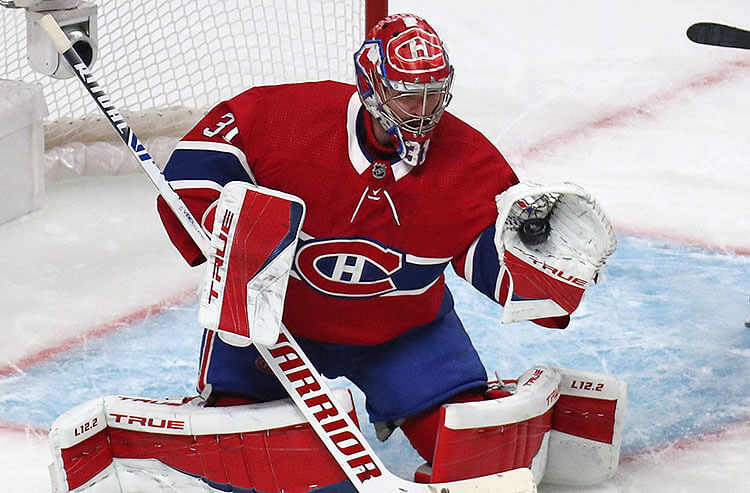