The Maple Leafs face yet another tough netminder on Wednesday night in Igor Shesterkin, as the Rangers invade Scotiabank Arena. But the Buds don't look like a bad bet, and neither does William Nylander when it comes to his props, as our NHL picks explain. 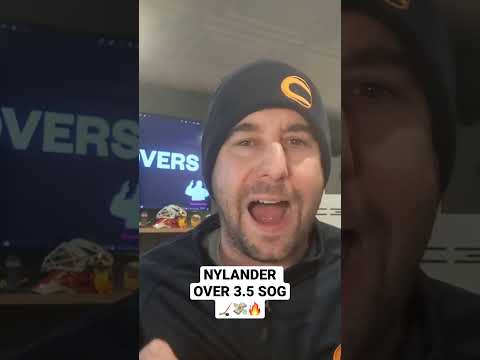 The Toronto Maple Leafs welcome the New York Rangers to Scotiabank Arena tonight, as the home side will look to snap a 1-5 SU stretch vs the Metro team as a -160 favorite.

The William Nylander line is on absolute fire right now, but with Igor Shesterkin posting a 4-1 SU record vs the Buds with a 1.99 GAA over his short career, can Willy and the boys find the back of the net?

Find out my best bet for Rangers vs. Maple Leafs on Wednesday, January 25, and check out our free NHL picks and predictions.

William Nylander has been the Maple Leafs’ most consistent offensive player this season, and is priced much cheaper than Auston Matthews in the NHL player props.

Nylander is averaging over 1.2 points per game since the post-Christmas restart, 1.17 points per game on the season, and leads the team in goals (26). His numbers at home have been even better, as head coach Sheldon Keefe can find him ideal matchups with the last change.

He's averaging 1.44 points per game and 3.96 shots on goal at Scotiabank Arena this year. He’s recorded at least four shots in 11 of his last 13 home games dating back to late November.

The matchup vs the Rangers isn’t ideal, as they are a Top 10 team in shot suppression, but that’s why bettors are getting near-plus money on Nylander's shots on goal market that is usually priced at -140 at home.

Willy is 19-6 to the Over 3.5 shots on goal since December 1, and has been held to under three shots only twice in that stretch. He will be the focal part of this second line, as Mitch Marner has moved to the top line with Matthews. The line shuffle didn’t hurt Nylander, who posted two goals playing with John Tavares on Monday.

Will Nye the wrist shot guy LOVES playing at home

Igor Shesterkin has owned the Leafs over his short career with a 1.99 GAA and a .938 SV%, but that means Toronto will look to get pucks on the net and not get cute in the offensive zone. That will lead to more shots on goal for Nylander, who is also a great play to score at around +200.

The Maple Leafs avenged Saturday's ugly 3-2 loss to the Montreal Canadiens as a -360 favorite on Monday with a convincing 5-2 win over the New York Islanders and Vezina-considered goalie Ilya Sorokin. It’s been a decent stretch of solid goalie opponents for the Buds, who have seen Vezina betting favorite Linus Ullmark, Juuse Saros (.937 SV% last six weeks), Sam Montembeault (.930 SV% since taking over the No. 1 role in Montreal), No. 3 Vezina betting favorite Connor Hellebuyck, and Sorokin over their last seven games. Toronto took seven of a possible 10 points off those netminders.

Shesterkin has had plenty of success vs the Leafs, but just one of those five prior meetings occurred in Toronto.

The Leafs opened at -150 and were bet as short as -165 overnight before getting moved back to -160. In the last meeting in New York in mid-December, Toronto closed at -120. Toronto took the 3-1 loss in that game, but if home ice is worth 25 points on each side, this 30-point move might not be enough for the home side.

Toronto is one of the best home teams in hockey with an 18-3-4 record, which is the third-best home point percentage in hockey (.800). They closed as -230 home favorites vs the Islanders on Monday, and the current 70-point difference between the two New York teams is off, as I have it closer to a 50-point difference.

There is a possibility that this moneyline closes at -170 or -175 for the home side, which would put it in line with the last meeting, and make it more comparable to the Islanders game.

The Leafs have reunited Matthews with Marner, which provided an immediate spark last game, while the Nylander and Tavares line managed 15 shots and five points. Both lines will find some advantageous matchups with the last change tonight.

Finally, New York comes in with a solid 7-3 SU since the new year, but over its last seven games (favored in six), it has just two wins in regulation. The offense has been held to two or fewer goals in three of their last five, and now likely faces Ilya Samsonov. He has found a groove, and has taken over the No. 1 role. Samsonov owns a 1.76 GAA and a .937 SV% over his last six games, and Toronto is 4-1-1 over that stretch.

I’m leaning on the Buds tonight at the -160 price.

Both teams come into tonight very profitable to the Under with a combined record of 40-53-2 O/U on the season. Shesterkin is the reigning Vezina winner, has solid splits vs the Buds, and is currently the No. 4 betting favorite for the best goalie award. Samsonov is playing well, and is 4-1 to the Under in his last five starts.

This total opened at six, but it wouldn’t surprise me to see it fall to 5.5. It has already seen some money come in on the Under, as it’s moved 20 points in that direction after opening at -115 to the Over.

The last meeting in December saw a closing total of 5.5, which was -115 to the Over. That’s where I think this one is headed, especially with the play of Samsonov, as the Leafs’ Over/Under play has been directly related to their performance in net.

Since the restart, the Rangers sit 23rd in offense at 2.83 goals per game thanks to an awful shooting percentage of 8.4%. The power play has been average since Christmas (20%), and has just two goals over its last seven games (2-for-20).

The Toronto power play is a real factor tonight, as it's scoring at over 25% since the restart. But the Rangers take penalties at a Bottom-5 rate, so the Leafs’ chances with the man advantage should be minimal. The previous meeting saw just four total minor penalties called.

The Maple Leafs are 23-6 SU in their last 29 games vs. Metropolitan Division opponents. Find more NHL betting trends for Rangers vs Maple Leafs. 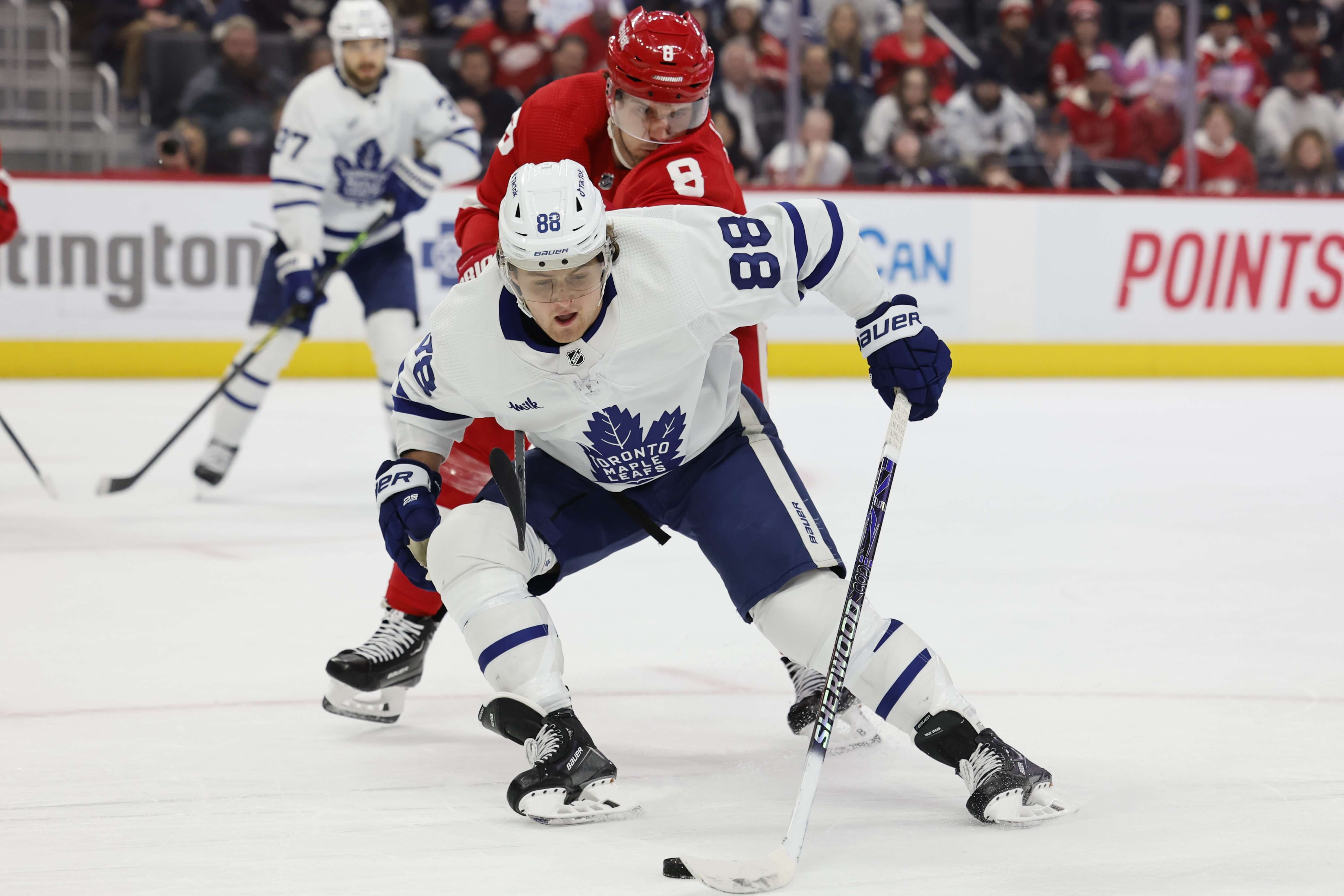 Rangers vs Maple Leafs Odds, Picks, and Predictions Tonight: Another Busy Night for Nylander
Provided by