Tonight's showdown between the Stars and Hurricanes pits two goalies in a groove against each other. Can the opposing attacks find the net? Our NHL picks for Wednesday have the answers. 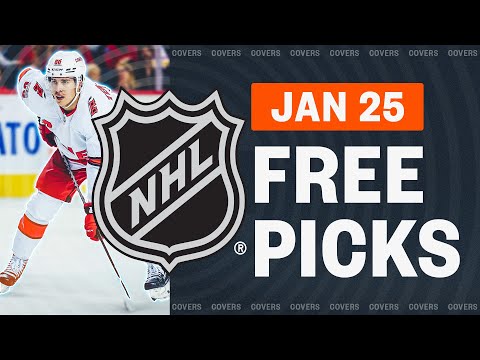 The Carolina Hurricanes hit the road for the second and final regular-season meeting with the Dallas Stars on Wednesday night at American Airlines Center.

The Hurricanes held on for a 5-4 overtime victory win against the Stars at PNC Arena back on December 17 in the first meeting, a game I actually attended. As Larry David would say, it was pretty…pretty…pretty good.

The Stars were on the short end of a 3-2 overtime loss against the visiting Buffalo Sabres on Monday, and Dallas has picked up at least a point in seven of the past nine games overall.

Can the Stars align and avenge their loss in North Carolina before the holidays, or will the Hurricanes storm into Big D and sweep the season series? We’ll discuss in our NHL betting picks for Hurricanes vs. Stars on Wednesday, January 25.

Hurricanes vs Stars picks and predictions

The Hurricanes posted the 5-4 overtime win over the Stars back on December 17, and I had nearly as many R&D Storm Brews as goals scored sitting in the cheap seats that night.

We had a lot of goals with Scott Wedgewood giving Jake Oettinger a breather, while Antti Raanta made the start with Frederik Andersen on the injured reserve then.

Oettinger has allowed three or fewer goals in six of the past eight games, and 10 of the past 12 starts overall.

While it’s been all about the Over lately for the Hurricanes, as far as the offense is concerned, it will have a difficult time piercing Oettinger’s net, and vice versa. These goalies won’t allow six or more goals, so go ahead and bang this Under rather heavily.

The Hurricanes have been on fire over the long haul, going 19-7 in the past 26 games overall, while going 9-3 in the past 12 games on the road.

The Stars lit the lamp just twice against the Sabres last time out, and Dallas is just 1-5 in the past six games after scoring two or fewer goals in the previous outing. However, Dallas is 24-11 in the past 35 against Metropolitan Division games, so that should give potential Carolina bettors some pause.

Dallas bettors will like the fact that the favorite is 8-3 in the previous 11 meetings, while the Stars have picked up 12 wins in the past 17 home games against the Hurricanes.

I wouldn’t necessarily kick around the puck line here, as taking Carolina is just too much risk with not enough reward, and Dallas won’t be able to pile up the goals on Andersen and the Hurricanes. However, a moneyline play on the Stars coupled with the Under is a nice little parlay opportunity.

The Over has been on fire for the Hurricanes lately, and it cashed in the first meeting with the Stars. But with Andersen in between the pipes, the story should be much different.

The Hurricanes haven’t played since Wednesday, too, and the Under is 8-3 in the past 11 games when playing on three or more days’ rest. The Under is 5-2 in the past seven outings after Carolina lit the lamp five or more times in the previous game, too.

For the Stars, it’s all about the Under lately. The Under is 20-7-1 in the past 28 games overall, while cashing at a 9-1-1 clip in the past 11 games against Eastern Conference foes.

The Under is also an amazing 35-14-3 in the past 52 games against Metroplolitan Division teams, which is a .714 percentage in those outings.

If you were able to find an Under 6.5 line, even better, but Under 6 is worth at least two units. This is going to be a defensive slog.

The Under is 35-14-3 in the past 52 games against Metropolitan Division teams for the Stars, and 9-1-1 in the past 11 games against Eastern Conference teams, too. Find more NHL betting trends for Hurricanes vs Stars. 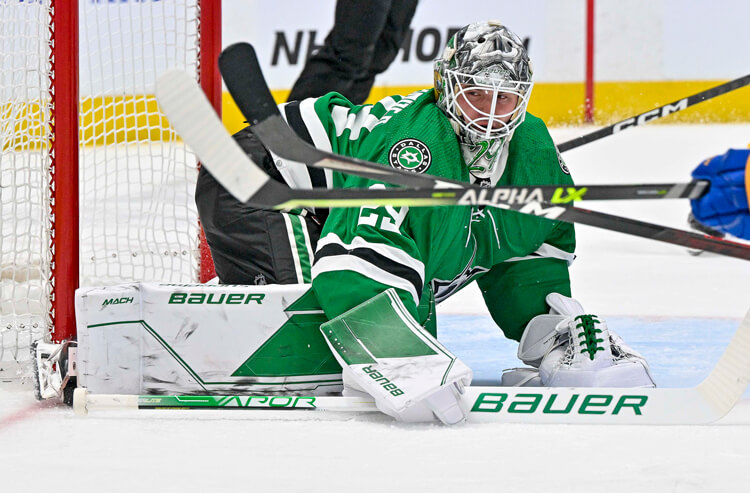 Hurricanes vs Stars Odds, Picks, and Predictions Tonight: Under Ripe Between Two Great Goalies
Provided by