The Montreal Canadiens and Edmonton Oilers will look to improve their playoff seeding Wednesday as the two North Division clubs finish off a two-game set after Edmonton won 4-1 on Monday.

The Canadiens will be without goalie Carey Price again as the starter exited Monday’s match with an upper-body injury and has been placed in the league's concussion protocol. Montreal leads the season series 4-2 while the Under is a perfect 6-0.

Oddsmakers opened the home side as a -125 NHL betting favorite with the total opening at 6 and trending to the Under.

Here are our free picks and predictions for Montreal Canadiens vs. Edmonton Oilers for Wednesday, April 22 (10:00 PM ET).

The moneyline has shot up a notable amount at TwinSpires, where Edmonton opened -116 and is up to -143 as of 7:15 p.m. ET. The Oilers are attracting 75 percent of bets and 85 percent of cash, and TwinSpires termed Edmonton a "big liability for us." The total has seen just a modest price adjustment, from 6 (Under -116) to 6 (Under -121), although the Over is getting 65 percent of tickets/71 percent of cash.

The Under is 9-0 in the Oilers’ last nine games. Find more NHL betting trends for Canadiens vs. Oilers.

The Montreal Canadiens started their six-game Western Canada road trip off on the wrong foot with a 4-1 loss on Monday while also losing goalie Carey Price (again) to a UBI. Edmonton dominated the game on Monday, outshooting the Habs 36-23 but still had to overcome a 1-0 third-period deficit to secure the victory.

The Habs have been a sub-.500 team since March and are just 4-7 SU with the league's worst offense in April. Montreal is scoring just two goals per game over its 11 matches this month and has potted more than two goals just once in its last seven games. The Canadiens are lucky the Flames face-planted this year while the Canucks, unfortunately, had a COVID outbreak.

The fourth-place Habs have also struggled to roll out an above-average special teams unit all year as both their power play and penalty kill are in the NHL's Bottom 5. Facing an Edmonton power play that went 0 for 4 Monday, but owns the league’s third-best PP at 28 percent, Connor McDavid and the PP may be due for a couple of goals Wednesday.

McDavid showed on Monday that he can take over a game at any moment, and with each game meaning more to the Oilers down the stretch, McDavid is playing at a different level right now and has 10 points over his last five games.

Jake Allen will likely draw the start for Montreal with Price sidelined. Allen was one of the league’s best backup goalies earlier in the year, but his numbers have fallen after having to take on a bigger role with Price’s inability to stay in the lineup. Allen owns a goals-against average close to 3.00 this month and is 3-8 SU since March 1.

Edmonton will likely roll out goalie Mike Smith, who picked up the win on Monday. Smith has been a force between the pipes all year with a 2.30 GAA and .923 save percentage. It may be hard to believe, but Edmonton's No. 1 has been even better against the Canadiens in 2021 with a 1.30 GAA, .956 SV% and a shutout.

The Under is a perfect 6-0 in the Montreal/Edmonton matchup this season with an average goal total of 4.5. So why are we still getting a total of 6?

Edmonton has been an Under cashing machine of late as they have ripped off an incredible nine straight Unders dating back to late March—these are also not the Oilers of old. Sure, McDavid is throwing out highlight goals nightly but Edmonton is 17-25 O/U on the year and its attention to defense this season is a big reason why first place in the division is within reach.

The Habs have been one of the lowest-scoring teams over the last 30 days at 2.31 per match. The other eight teams who are scoring less are not in the playoff picture, as Montreal has arguably the worst offense of the current 16 playoff teams. Although not as impressive as the Oilers’ Under streak, the Habs have yet to lose an Under bet across their last five, going 0-4-1 O/U.

We love the Under at 6 and think this line will move to 5.5 closer to puck drop. The difference between getting a 6 or a 5.5 is the biggest change in any two totals, in our opinion. We trust both goalies and think the Canadiens' inability to score, coupled with how tightly these two clubs have played each other this year, gives us but one choice: the Under. 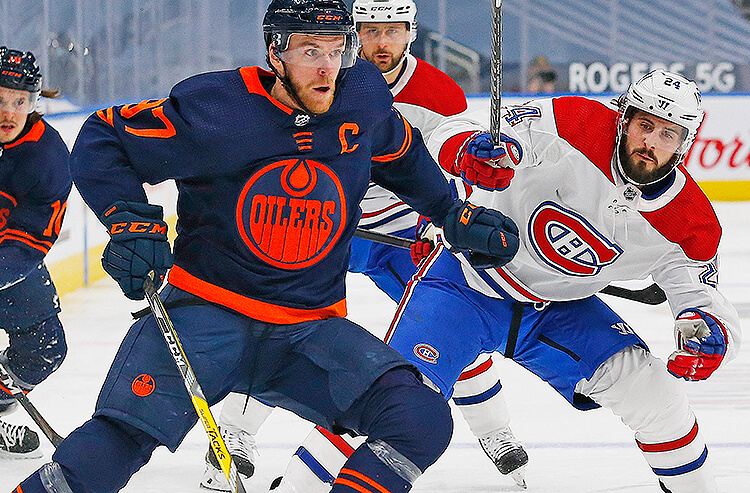 Canadiens vs Oilers Picks: Edmonton the Better Team in Every Aspect
Provided by 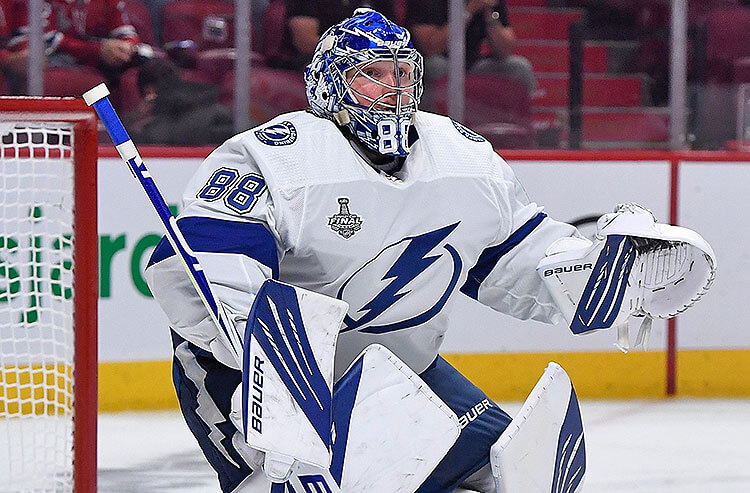 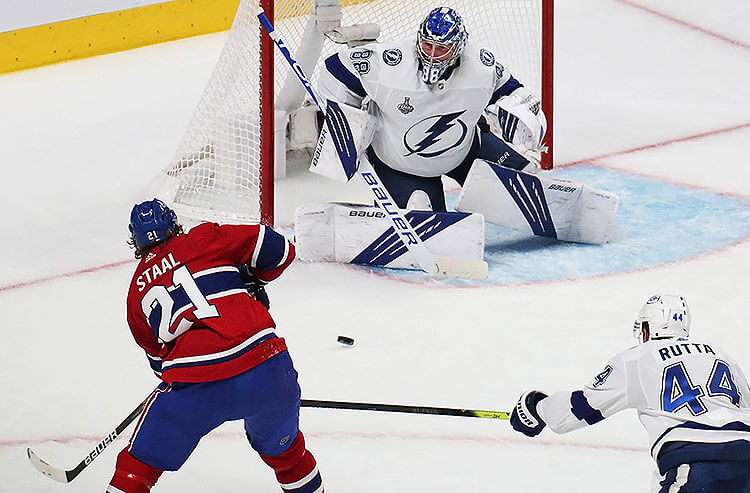