Aaron Rodgers already took care of Tom Brady last week, and now he sets his sights on his former team. The Patriots look like doormats against the two-time reigning MVP, headlining out NFL parlay picks for Week 4.

There’s a fascinating Sunday slate in store for NFL bettors this week, with four games featuring two winning teams, and 11 of 14 contests carrying a spread of four points or less.

We’ve gone over each matchup on the slate with a fine-toothed comb, and have come up with our top two parlay plays for this Sunday, which we’ll lay out below.

So far, so good for the Dallas Cowboys with Cooper Rush at the helm, as he’s 2-0 as the starting quarterback this season. He could add another victory over a Washington Commanders team that’s looked shaky at best to begin the year.

Rush will take on a Commanders defense that’s allowed the fifth-most passing yards per game (274) this season. They’ve faced Trevor Lawrence, Jared Goff, and Jalen Hurts in their first three games  — none of them are bums, but hardly murderer’s row. Rush  — who’s completed 40 of 62 passes (64.5%) since being named the starter with 450 yards and two touchdowns, no interceptions — should be just fine when asked to go to the air in this one.

Washington has also allowed 128.7 rushing yards per game, so Ezekiel Elliott and Tony Pollard should be able to set the tone on offense.

Carson Wentz was sacked nine times by the Philadelphia Eagles in Week 3’s 24-8 defeat, and now takes on Dallas’ top-ranked defense by sacks per game (4.3). Micah Parsons is likely licking his chops ahead of this tilt.

The Green Bay Packers are the obvious pick in any survivor pool this week, and with good reason. Aaron Rodgers should mop the floor with Brian Hoyer and the New England Patriots at Lambeau Field this Sunday.

The Patriots enter this tilt eighth in pass defense at 200 yards allowed per game, but after facing Tua Tagovailoa in Week 1, they had the benefit of taking on Pittsburgh Steelers retread Mitchell Trubisky and the scramble-prone Lamar Jackson in Weeks 2 and 3. This unit could struggle against the relentlessly-accurate Rodgers, who’s completed over 75% of his passes since Week 2 with four touchdowns and only one interception.

New England’s stoppers should be opened up by the combination of Aaron Jones and AJ Dillon, who take on the Pats’ 20th-rated run-stoppers by yards allowed per game.

Expect Hoyer — who hasn’t held down a starting job since 2017 — to show his age (36) here and fail to keep up with Rodgers and the Green Bay attack.

The total for Bears vs. Giants is one of the lowest you’ll see in an NFL game these days, but there are several reasons why bettors should back the Under with confidence.

These teams both ranked in the bottom six in points per game last season, and neither has come out like gangbusters in 2022. The Giants have scored a modest 18.7 points per game, and the Bears have been held to 17.3 points per game.

New York and Chicago will both likely go with a run-heavy attack when on offense, based on personnel as well as the weather forecast. Whether it’s David Montgomery or Khalil Herbert toting the rock for the Bears, bettors can expect the leash on quarterback Justin Fields to be just as tight as it’s been in the last three weeks with 17 mph winds in the forecast at MetLife Stadium.

Saquon Barkley has been instrumental in Big Blue’s offense this season, while Daniel Jones has been, well, Daniel Jones. Possessions, as well as points, should be limited in what figures to be a breezy, if somewhat boring, affair.

Neither the Arizona Cardinals nor the Carolina Panthers are living up to expectations offensively, and the weather forecast won’t ease their respective burdens on Sunday.

Kyler Murray has gone to the air 141 times for the Cardinals this season — good for the second-most throws in the NFL through three weeks — but has accumulated a paltry 5.6 yards per attempt, 31st among qualified passers. Lead running back James Conner has rushed for a modest 90 yards on 30 carries, and is questionable for this contest with a knee injury.

The Panthers should not be intimidated by this “death by a thousand papercuts” style of offense. Carolina has allowed the opposition to score a touchdown in just 36.4% of their red zone possessions, so even if Kliff Kingsbury’s troops march the ball to the doorstep, bettors should expect this unit to stand tall. Arizona bettors can’t even take the field goal as a sure thing with kicker Matt Prater also listed as questionable with a hip ailment.

The Panthers have been highly reliant on Christian McCaffrey to move the chains this year, as he’s gathered 15 of his team’s 38 first downs. The fact that he missed Thursday’s practice with a thigh issue is highly alarming. Baker Mayfield has not settled in well in Carolina at all, averaging only 183.3 passing yards per game while completing just 51.1% of his throws.

Rain and wind also threaten to handcuff these respective offenses, making the Under an easy call. 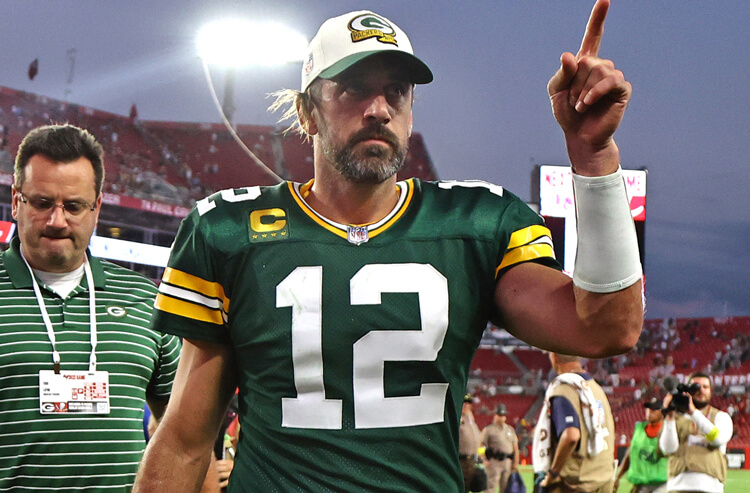