An extra week during the regular season will lead to approximately $50 million more in NFL wagers at Nevada sportsbooks.

Back in mid-March 2020, the NFL and the players’ union came to terms on a collective bargaining agreement that expanded Wild Card Weekend from four games to six. That went into place right away, and NFL betting got a nice boost from it this past season.

But also tucked into that deal was moving the NFL to a 17-game regular season. It appears that will be made official this week and in place for the 2021-22 campaign. The change will expand the regular season from 17 weeks to 18 weeks – each team continues to have a bye week – which bettors will certainly love and, by way of action from those bettors, sportsbook operators are excited about, as well.

In exchange for an additional week of NFL regular-season betting, the books get one less week of preseason – a tradeoff they’re more than happy to make.

"This is great news for bettors and bookmakers alike,” PointsBet USA head of trading Jay Croucher told Covers on Monday. "Preseason activity, while larger for the NFL than any other pro sport, is tiny compared with regular-season betting. The additional week of regular-season games will be a significant driver for overall NFL handle."

Mike Lawton, senior analyst for the Nevada Gaming Control Board, provided a sample size on that significant driver. Nevada doesn’t separate NFL and college in its monthly handle reports, putting all of that wagering activity under the collective “Football” heading. But anecdotally, sportsbooks have provided Lawton some insight on the breakdown.

Pull out the handy calculator and divide that $875.4 million by 17 weeks, and you get an average of more than $50 million in NFL wagers per weekend at Nevada sportsbooks.

"An additional week could potentially increase write for Nevada books by that amount," Lawton said.

Oddsmakers around Las Vegas are enthusiastic about that bonus week, particularly since it comes with the benefit of losing a weekend of preseason games.

"While you’ve heard grumblings from players about the extra week, we are thrilled," Circa Sports operations director Jeff Benson said. "An additional week of regular-season NFL is great for all sportsbooks, and even better that it comes at the expense of one less preseason (week), which typically sees a majority of sharp money."

Indeed, it’s public bettors who provide the bulk of betting dollars. Benson looks forward to having those customers much more fully engaged than they are for a preseason weekend.

"It makes Week 17 a real week again, and then Week 18 becomes what Week 17 is now. Week 17 becomes more like Week 16 in previous years," Eichner said.

You can bet on NFL odds at every online and casino sportsbook, including NFL moneylines, spreads, Over/Under totals, and plenty of futures and prop odds. Head over to our best sportsbooks for NFL betting in your area. 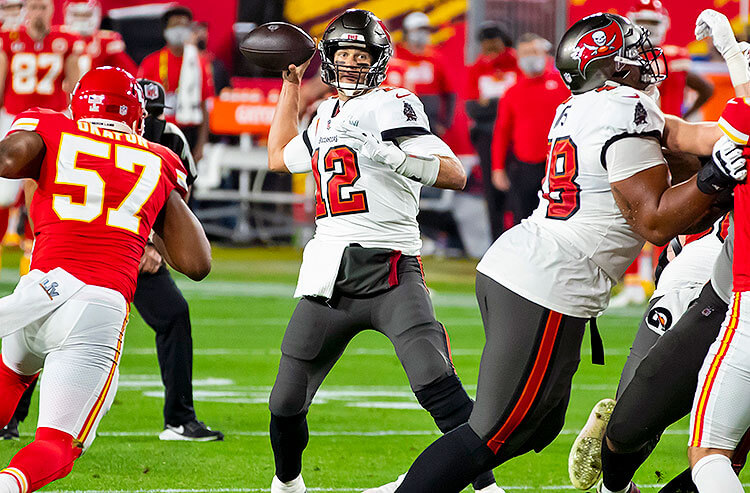