Brian Hoyer took all the snaps with New England's first team offense during Wednesday and Thursday's practice. Will Tom Brady's injured hand prevent him from practicing again on Friday?

Las Vegas and offshore oddsmakers are taking the news about Tom Brady’s hand injury seriously. And so are sharp bettors. The New England Patriots starting quarterback was unable to practice Wednesday and Thursday because of an injury to his throwing hand.

On Sunday, sportsbooks opened the spread for the AFC Championship Game with the host Patriots favored by as many as 10 points against the Jacksonville Jaguars. But, after news of Brady's injured hand hit the public, the line moved down to -7.5 at most shops by Thursday evening.

CG Technology, which operates numerous sportsbooks in Las Vegas including the Cosmopolitan, started Thursday with the spread at 8.5 as did the Westgate Superbook and both moved down to 7.5 by the end of the day.

South Point oddsmaker Chris Andrews told Covers he began the day at Pats -9 before moving the spread to -7.5, but not before sharp bettors tagged his sportsbook for wagers as large as $20,000 on the underdog.
**video
Offshore book TheGreek.com received limit bets on the Jaguars throughout the week with sharp bettors taking the points at Jags +10, Jags +9 and +8. TheGreek.com was one of the few locations to open with the Patriots favored by double digits.
**video
“I honestly don’t believe (the sharp bettors) bet it because of the Brady information because it was known well before (Thursday), so if that were the reason, they would have bet it long before,” TheGreek.com sportsbook director Scott Kaminsky told Covers. “I just think that they like the dog. They bet big money and probably just think the Jacksonville defense will keep the game close.”

The chances of Brady sitting out the AFC Championship Game are small. Most people assume he’ll rub some avocado ice cream on his hand and he’ll be set to go. Bettors should expect a large line move if Brady can’t play and the Pats have to turn to Brian Hoyer to start under center.

Peter Childs, oddsmaker at Sportsbook.ag, told Covers he would most likely reopen the spread with the Patriots favored by two points. Kaminsky said he would make a Brady-less New England team still slight favorites against the Jaguars and predicted a bigger shift on the total. The total opened at 47 and moved down a half point to 46.5.

More should come to light about Brady's injured hand during the Patriots’ practice Friday. Brady will also be available to the media sometime Friday.

The Patriots play the Jaguars at Gillette Stadium in Foxborough at 3:05 p.m. ET Sunday. 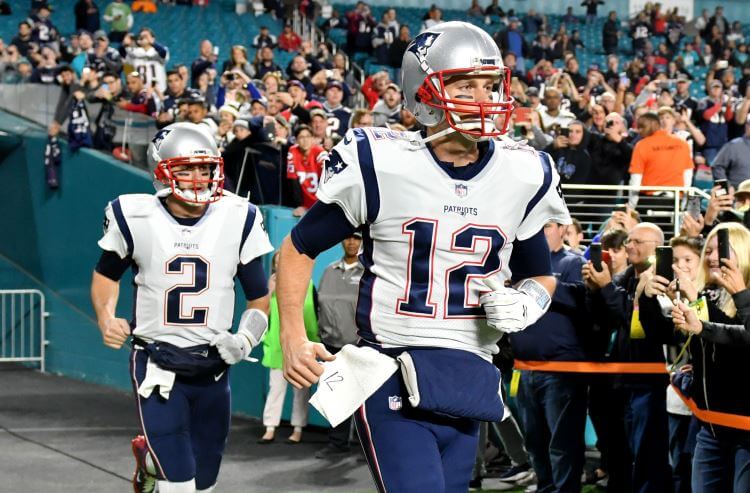