The FCS college football spring schedule kicks off in earnest this weekend and is highlighted by a matchup of not only two of the best teams in the Missouri Valley Conference, but the whole country, with the South Dakota State Jackrabbits visiting the Northern Iowa Panthers.

Both teams have lived in the shadow of North Dakota State for the past decade but will look to make a name for themselves with a statement win to open the season. The Jackrabbits are 3-point road favorites, but is that a big enough carrot to tempt us with the home underdog Panthers?

Find out in our best college football free picks and predictions for South Dakota State at Northern Iowa, with kickoff set for Friday, Feb. 19 at 9:00 p.m. ET.

This game will be played indoors at the UNI-Dome in Cedar Falls, Iowa.

For those who don’t know, when it comes to college football, the Missouri Valley Football Conference is like the SEC of the FCS. The conference is, of course, home to the North Dakota State Bisons, who have won the FCS Championship an unfathomable eight times in the last nine seasons.

But South Dakota State and Northern Iowa are both hoping to put an end to that reign. The Jackrabbits are coming off an 8-5 season and have made the FCS playoffs in eight straight seasons. They are also the only team to beat NDSU more than once since their title domination run in 2011.

Northern Iowa, on the other hand, went 10-5 last season, which included a near-upset of FBS Iowa State, and has finished ranked in the Top-10 in three of the last six seasons. They are looking to make a big leap this year.

With Trey Lance leaving NDSU to get ready for the NFL, the Panthers have arguably the best quarterback in the MVFC in Will McElvain, and he’ll be throwing the ball to the MVFC’s best wideout in Isaiah Weston.

Meanwhile, the Jackrabbits’ offense is led by a “Strong” running game. Sorry. Bad pun. Pierre Strong Jr. has rushed for over 1,000 yards in his first two seasons at South Dakota State and has a ridiculous 8.2 yards per carry.

So, this game will come down to which defense will step up the best, and both are excellent. But UNI stops the run better than anyone in the MVFC, allowing just 2.8 yards per attempt and they have studs at every level.

South Dakota State may be the slightly better team overall, but their offense plays into the best part of the Northern Iowa defense. Plus, the Panthers have one of the best kickers in the FCS and are getting points at home. In a close game, that will matter.

You can tell defense could be the story in this matchup, as oddsmakers have set the total at a nice-and-low 42 points and for good reason. South Dakota State and Northern Iowa ranked second and third respectively in the MVFC in total defense, with the Jackrabbits giving up just 16.7 points per game and the Panthers 17.7. Not to mention their playoff meeting last season ended 13-10 in favor of UNI.

All that said, this number is just low enough that we are leaning towards the Over. McElvain and Weston should each take a step forward this season and the Jackrabbits have enough experience on offense with Strong and returning quarterback J’Bore Gibbs to sneak this one above the total.

Did you know that if you parlayed today’s South Dakota State vs Northern Iowa picks, you could win $26.45 on a $10 bet? 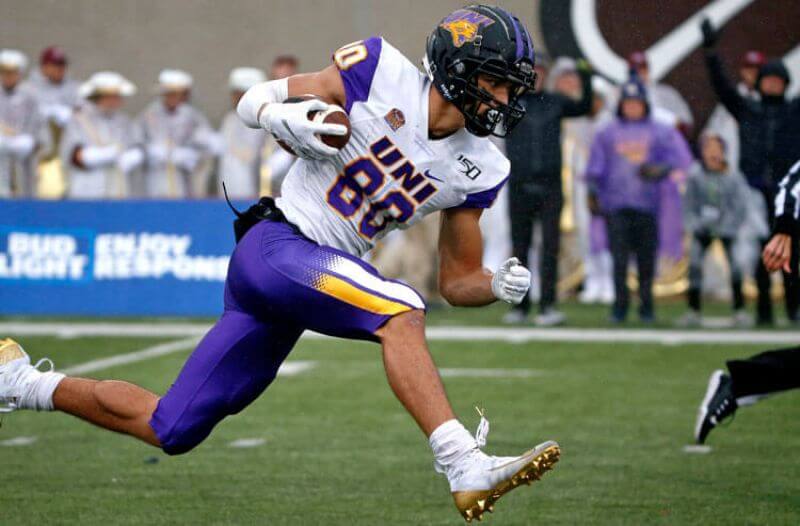