On the backs of a bit of a down year, the Oklahoma Sooners will be desperate to start their new campaign strong. Back them to steamroll the visiting UTEP Miners and cover the huge 30-point spread — as our betting picks explain.

The Oklahoma Sooners once again kick off their season with the goal of making the College Football Playoff as they host the Texas El Paso Miners in their opening game this Saturday.

The Miners are trying to build off of a solid 7-6 season in 2021, but faltered in their opener last week, falling 31-13 at home to the North Texas Mean Green.

At home against a Conference USA opponent, the Sooners expect to get an easy win to begin the 2022 campaign. We’ll analyze just how much Oklahoma can win by in our college football picks and predictions for Saturday’s game.

Sportsbooks started offering lines for this game in late May, with DraftKings opening Oklahoma as a 33.5-point favorite. The consensus line has since tightened to 30 points. The total opened at 56.5 and has climbed as high as 57.5 points at FanDuel.

The Miners are 0-6 against the spread in their last six games vs. Big 12 teams. Find more NCAA betting trends for UTEP vs. Oklahoma.

UTEP vs Oklahoma picks and predictions

UTEP came into the 2022 season with high hopes of reaching a bowl game for its second consecutive season. Expectations came crashing down last Saturday, as North Texas throttled the Miners in El Paso. Now, UTEP goes on the road against much stiffer competition, facing a likely 0-2 record to start its season.

Oklahoma is looking to bounce back from what, by school standards, constitutes a down year. Yes, the Sooners started off 9-0 last year, but that included a number of close wins over teams Oklahoma expected to beat soundly. Late-season losses to Baylor and Oklahoma State left the Sooners out of the Big 12 Championship, though they recovered to beat Oregon in the Alamo Bowl.

North Texas exposed major holes in the UTEP defense last weekend. The Mean Green threw for three touchdowns in the air and ran for 163 yards and another score on the ground.

They’ll now have to deal with a dangerous Oklahoma air attack led by junior wide receiver Marvin Mims. While Mims only made 32 catches for five touchdowns last year, he put up bigger numbers in his freshman season and figures to be the main target for quarterback Dillon Gabriel.

The Miners failed to show much offensive pop against North Texas. In particular, they failed to establish a running game, averaging just 3.6 yards per carry. Once again, they’ll face an upgrade in competition this week.

The Oklahoma defense struggled last season, giving up 27.9 points per game to FBS opponents. New Sooners head coach Brent Venables rose to prominence as a defensive coordinator at Clemson and will be instituting an aggressive defensive philosophy in Oklahoma — one that should pay dividends against the overmatched Miners.

Essentially, Oklahoma has the advantage in every matchup in this game. The Sooners are playing at home. A new coach wants to make a statement with his defense. A vaunted program wants to prove it will be a playoff contender this year.

All signs point not only to an Oklahoma win but one in which the Sooners may play hard for 60 minutes and run up the score against a weak opponent. Thirty points aren’t nearly enough to scare me away from backing Oklahoma here.

We’ve already established that Oklahoma will score points against UTEP. The Sooners will look to show off their offensive firepower, while also attacking on defense. That could lead to short fields for the Oklahoma offense and potentially a defensive score or two.

But while the Sooners should blow out the Miners, UTEP should contribute at least a couple of scores along the way. Quarterback Gavin Hardison stood out as a bright spot for the Miners last week, throwing for 293 yards and a touchdown without an interception. Wide receivers Tyrin Smith and Reynaldo Flores each gained over 100 yards, showing there’s more than one target that Hardison feels comfortable with.

Oklahoma will come after Hardison, and even a good UTEP offensive line won’t be able to consistently give him time to throw. That aggressive defense will pay off in turnovers for the Sooners, but over the course of 60 minutes, it will also allow a handful of big plays in the air.

The Sooners could threaten to put up 50 points or more on Saturday. That doesn’t leave much work for the Miners to do in order to hit the total. I’m betting the Over with the expectation that most of the points will come from the Oklahoma side.

Sometimes, bettors can fail to give a small program enough credit when it plays a traditional powerhouse, but in this case, it’s hard to find a single reason to think that UTEP can stay in this game against Oklahoma.

The Miners have visited Norman three times, most recently in 2017. In the closest of those games, Oklahoma beat UTEP 55-14, a 41-point margin. Even if we want to look at UTEP’s relatively successful 2021 season, the Miners lost five of their last six games. Their best win arguably came against Conference USA rival Old Dominion, while they lost by 41 at Boise State.

Normally, we’d at least have to consider the possibility that Oklahoma could take its foot off the pedal late, but with a new coach and a program hungry to reestablish itself after a down year (and before its eventual move to the SEC), the Sooners will try to turn Saturday’s game into a celebration of a new era.

There’s little that UTEP can do to stop that from happening. Expect Oklahoma to run rampant on the Miners this weekend in an effort to attract national attention to the Sooners. 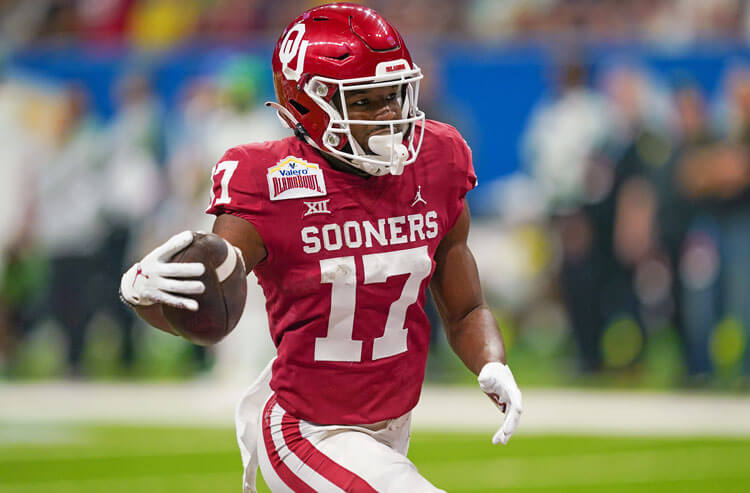