After two strong weeks in the Triple Option, Andrew Caley is looking to extend his run. Don't look now, but the Kansas State Wildcats might not be a dark horse for much longer. Will K-State pay off once more at -2 vs. Iowa State? 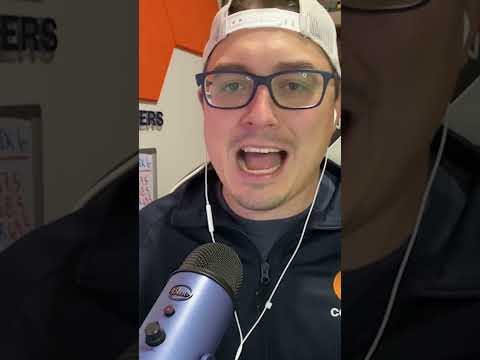 The Triple Option has turned a profit in back-to-back weeks. Let’s go for three in a row as the college football season already approaches its midway point heading into Week 6.

By now, you can start to get a feel for teams and what they are. Like the Michigan State Spartans, a team with a terrible pass defense. Again. And this week, they have to try and contain arguably the best passing attack in the country as C.J. Stroud and the Ohio State Buckeyes come to town. Let’s take advantage of that.

Meanwhile, you can expect a slow start between South Carolina and Kentucky while Kansas State is in a good position in the Big 12 after back-to-back wins against Oklahoma and Texas. Are they getting undervalued against Iowa State?

I break it all down in my best college football picks for betting Week 6.

The lone miss in the Triple Option last week was Maryland falling below its team total of 34.5 in a 27-13 win against Michigan State.

A goal-line stand and a missed field goal did not help our cause, but Taulia Tagovailoa and the Terrapins were able to pick apart a still struggling Sparty secondary, as he went 32-41 for 317 yards, with one touchdown and no picks.

Potent passers have been a problem for Mel Tucker’s team since last season. A year after ranking 130th in passing yards allowed per game, Michigan State ranks 106th in that category against FBS opponents this season.

And do you know who has the best passing offense in the country? That would be Ohio State. And wouldn’t you know it, the Buckeyes travel to East Lansing to take on the Spartans this week.

C.J. Stroud is unsurprisingly lighting it up and is now the betting favorite to win the Heisman Trophy. He’s thrown for 1,376 yards with 18 touchdowns and just two interceptions while completing 68.7% of his passes. He seemingly has unlimited weapons to throw to, including Jaxon Smith-Njigba, Marvin Harrison Jr., and Emeka Egbuka.

On top of that, the MSU offense has also struggled recently. The Spartans have put up just 20 points and been outgained by nearly 500 yards over the last two weeks vs. Maryland and Minnesota. The Golden Gophers have a good defense but the Terrapins... not so much.

And while the Ohio State defense hasn't been tested too much this season, the group is showing solid improvement under new defensive coordinator Jim Knowles and ranks 11th in opponent yards per play.

The Buckeyes have also been getting off to great starts the last three weeks outscoring their opponents 101-28 over that stretch.

With Sparty's sputtering offense and a secondary with more holes than a block of Swiss cheese, I expect another strong start for the Buckeyes.

South Carolina visits Kentucky in an intriguing SEC matchup this weekend. Shane Beamer is looking to get his team a big conference win, while Kentucky and QB Will Levis want to bounce back after suffering their first loss of the season.

The Wildcats began the season 4-0 with Levis getting a lot of hype. But the Kentucky offense, particularly the offensive line, has not been as good as advertised. And that really showed in last week’s loss to Mississippi.

The Wildcats managed only 19 points and 328 yards while the Rebels sacked Levis three times. And despite the return of star running back Chris Rodriguez, they averaged just 2.9 yards per carry.

The story was similar in the Wildcats' other SEC game, a 26-16 win over Florida. Levis was unimpressive 13-for-24 for 202 yards, a touchdown, and a pick, and was sacked another three times. Now, he goes against a South Carolina defense with a solid secondary and one that blitzes more than most teams in college football.

On the other side, the Gamecocks enter this game at 3-2 but are 0-2 SU/ATS in SEC play and the Spencer Rattler experiment hasn’t worked to this point. The former Sooner has thrown just four touchdowns while getting picked off seven times. He has also completed just 57.8% of his passes in his two conference games.

And while this Big Blue defense isn’t the best iteration we have seen in recent years, it isn’t bad either, ranking 20th in total defense and 17th in points allowed at 14.8 per contest.

While Levis might hit some big plays in the second half, the defenses should dominate this game early on, keeping it below its first-half total.

This number makes me feel a little uneasy, but I can’t help myself when it comes to Kansas State.

I picked the Wildcats as my dark horse contender to win the Big 12 and after back-to-back wins against Oklahoma and Texas Tech, that is becoming a bit more of a reality heading into this week’s matchup against Iowa State.

The Wildcats' run game powered by quarterback Adrian Martinez and running back Deuce Vaughn is special. Vaughn has rushed for 638 yards at 5.8 yards per carry with three scores, while Martinez has added another 469 yards at a clip of 6.5 yards per carry, finding the end zone nine times.

Martinez has also done just enough through the air to make opponents respect his arm. But the best thing the former Nebraska quarterback has done since transferring to Kansas State is he's eliminated turnovers. Martinez hasn’t thrown a pick or lost a fumble through five games.

The duo is a handful for any defense, even a solid one like Iowa State.

While the Cyclones' numbers on that side of the ball are solid, they’ve allowed more than 100 yards rushing in consecutive losses against Kansas and Baylor. K-State is a much more dangerous team on the ground than either the Jayhawks or Bears.

Then there is the Iowa State offense. Quarterback Hunter Dekkers has been OK but has had issues with turnovers, throwing six interceptions this season. On top of that, the Cyclones are not getting enough out of the run game, ranking 111th in yards per game and averaging just three yards per carry.

Kansas State's defense has been good, not great but has been one of the best at creating turnovers, ranking fourth in the country in takeaways per game.

The Wildcats look like the better team and should come away with the win, covering the short spread in the process.

You saw that right. UConn is a favorite this weekend. The Huskies are almost a stunning 2-4 in Jim Mora’s first season at the helm following last week's upset of Fresno State. Now, they'll be favored against an FBS opponent not named UMass for the first time since laying five points at home against East Carolina back on Sept. 17, 2017.

Another week, another rock-bottom Iowa total. This is the third total in the 30s through five games for the Hawkeyes. They've seen an average total of approximately 39.5. Yet the Under is still 4-1 in their games. Spencer Petras, everyone!

Keep an eye on this line. It has already moved 3.5-points since opening at Mississippi State -6. That seems to me that some people out there don't expect Razorbacks quarterback KJ Jefferson to suit up after suffering an injury last week. And if he is unable to go, the Bulldogs will look like a solid bet against a suspect Hogs pass defense.