An SEC Championship with little-to-no drama comes this weekend as the LSU Tigers are up against it vs. the heavily-favored Georgia Bulldogs. Our betting picks look at a variety of angles and give you the best bet for this clash. 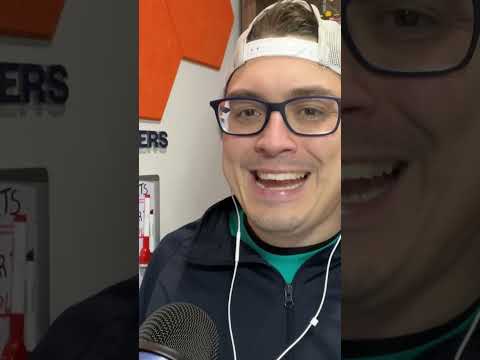 The Georgia Bulldogs will try to do something they didn’t in their national championship run from last season, and that’s winning the SEC Championship.

The Bulldogs came up short in last year’s matchup for the conference title against Alabama, but they will be overwhelming favorites to get the job done this season against the LSU Tigers.

Brain Kelly and his “faaam-lee” are the toast of the town after taking LSU to the SEC title game during his first season in Baton Rogue but an upset in this matchup could be hard to come by with quarterback Jayden Daniels dealing with an ankle injury.

So, what’s the best way to wager on college football odds for the SEC Championship with a spread this large? I break down the numbers and bring you my best bet in this week's college football picks and predictions for LSU vs. Georgia.

LSU vs Georgia picks and predictions

It seems weird, but there isn’t a whole lot of importance tied to the SEC Championship this season. Georgia is a huge 17.5-point favorite and is likely still in the College Football Playoff with a loss.

Meanwhile, LSU is coming in off a stunning loss to Texas A&M last week. It was the Tigers' third of the season and even an SEC Championship probably won't get them into the CFP.

The Bulldogs carry a 14-game winning streak into the conference championship, thanks to another shockingly good defense and the play of quarterback Stetson Bennett.

I only call the defense shockingly good because it is arguably the best unit in the country despite losing almost every starter from last year’s historically good group. The Bulldogs rank eighth in opponent yards per play vs. FBS opponents and lead the country in scoring defense, allowing just 11.3 points per game.

One of the lone holdovers from last year is defensive lineman — and the potential top pick in the next NFL Draft — Jalen Carter. He and his ferocious defensive front will be a problem for the Tigers' offense in this one.

That’s partly because LSU QB Jayden Daniels is dealing with a high ankle sprain. The Tigers have gotten to this spot in part because of Daniels and his dynamic play. But so much of what he does is based on his mobility, and if he is unable to move like he normally can, he could end up with a bunch of face time with Carter.

While Georgia’s offense has seemingly taken its foot off the gas at times this season, the defense continues to play at a high level and has even taken it to the next level when it has mattered the most. They held Oregon to three points, and Tennessee to 13. They have also held opponents to 14 points or fewer eight times this season.

With Daniels not at 100%, I’m betting the Georgia defense suffocates the LSU offense on its way to claiming the SEC title.

A) LSU Tigers, North Carolina Tar Heels, and Purdue Boilermakers to each cover +13.5 Spread BOOSTED to +750 at Caesars! Bet Now

It’s not shocking to see Georgia as a 17.5-point favorite in this one. The Bulldogs opened the SEC Championship as 16.5-point chalk and have been moved as high as 18.5. Since then, some LSU money has brought the line back down to 17.5.

One thing the line is telling us is that oddsmakers think Daniels will suit up. If he didn’t end up playing, I think this number would end up closer to 20.

If LSU wants a chance of keeping this game close and covering this big number in the process, they will need Daniels to be at his best. Like the way he played against Alabama and Mississippi. Only better. That's easier said than done against this Georgia defense.

Remember, this is still an LSU team with three losses, which includes getting blown out by Tennessee and embarrassed by Texas A&M last week.

Meanwhile, the balanced Georgia offense could be too much for what has been an inconsistent Tigers defense. Bennett only has 16 touchdown passes this year but has 3,146 yards while completing 67% of his passes. And the Bulldogs have three backs with over 400 yards, 5.4 yards per carry, and six touchdowns apiece.

No official play here from me because Georgia’s offense could let off the gas and I could see a backdoor cover for LSU, but I would still lean toward the Bulldogs after seeing them easily cover the spreads in their two biggest games of the year against Oregon and Tennessee.

The total for the SEC championship hit the board at 49.5 and most of the early money has been on the Over, moving the number as high as 52.5. Obviously, I like Georgia to keep LSU from putting up too many points in this one, so I would lean toward the full-game Under in this spot as well.

That’s because I can see many paths for this to happen. One, Georgia’s defense could go bananas as it has been known to do in big games, and shut them down in some kind of 40-10 showing. Or Georgia’s offense might not fire on all cylinders, as we've seen in games against Kentucky and Missouri. Either way, the Under would be my preferred play here.

The Under is 9-4-1 in Georgia's last 14 games overall. Find more NCAA betting trends for LSU vs. Georgia.