South Point sportsbook doesn't have a high opinion of Notre Dame for the 2021-22 season, but that didn't stop some sharp bettors from betting the Irish in a couple of Games of the Year. 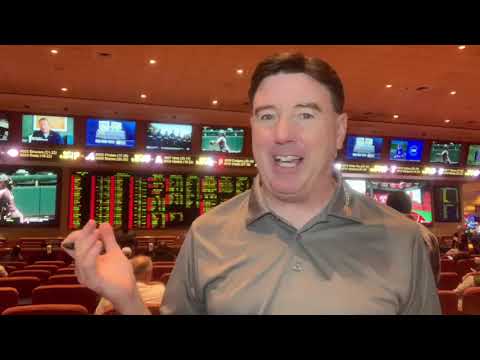 As plenty of other things get back to normal, so too does sports. That was certainly evident late Friday morning at South Point sportsbook, where Chris Andrews & Co. restored the late-spring tradition of posting spreads for the College Football Games of the Year.

From early September through mid-December, there are now nearly 100 offerings on the college football odds board. And there was no shortage of bettors, primarily sharp players, eager to find perceived holes in Andrews' opening lines. Many observers noticed that South Point's risk room doesn't think much of Notre Dame.

"I'm not keen on Notre Dame. In my power rankings, I lowered them like eight points from where I closed them last year," Andrews told Covers.

Did early bettors agree? Let's find out by diving into some college football opening lines and early action.

Right out of the gate, there was action and odds movement on this Week 1 clash featuring defending national champion Alabama. The Crimson Tide went a perfect 13-0 last season, capped by a 52-24 boatracing of Ohio State in the title game.

Miami is coming off an 8-3 season, and Andrews expects an improved Hurricanes squad this year. Perhaps so, but early players felt otherwise.

"I opened Bama -13, and it's up to -16," Andrews said, noting bettors piled on the Crimson Tide in the first 30 minutes that this game was on the board. "I'm looking forward to that one, because I think Miami is gonna be really good, and we know Alabama is gonna be good."

In another Week 1 matchup, Andrews pegged Louisiana State as 2-point chalk on this West Coast trip to face UCLA. It didn't take long for bettors to lean toward the SEC unit, pushing the Tigers out to -3.5.

Notre Dame hits the road for one of the bigger Week 1 matchups, laying six points at Florida State. And while Andrews admits he's not bullish on the Fighting Irish, bettor Brad Powers had no problem firing on Brian Kelly's program.

"Obviously, it's a numbers place for me. I thought this line should be a minimum of seven. I made the line Notre Dame -9, and I bet it at -6," Powers said. "The strength of Notre Dame is the defensive line, and the weakness of Florida State is the offensive line. This could be a huge mismatch."

Andrews pointed out this September 11 in-state bragging-rights battle based on reaction he got while a guest on an Iowa radio station, a couple of hours before this game went on the board May 21.

"I told them it was gonna be Iowa State -7, and they jumped all over me and said they'll be on Iowa," Andrews said, noting it appears he got the number spot-on, based on early activity. "We took one bet for $100 on the dog. I'm still at seven."

Louisiana State makes a repeat showing in the College Football Games of the Year for an October 2 contest against Auburn. In a battle of Tigers, LSU opened -2 and got bet up to -4 in short order.

"People think LSU is better than I think they are," Andrews said.

This October 9 SEC clash saw noteworthy movement in a matter of minutes, with Georgia opening -4 at South Point and getting bet up to -6.

Cincinnati had its perfect 2020-21 season spoiled by Georgia in the Peach Bowl, where a 24-21 setback left the Bearcats with a 9-1 mark in a COVID-shortened year. Andrews expects this matchup will be a good one on the Week 7 docket.

"The bettors think Cincinnati is gonna be really good, but I think UCF is gonna be good," Andrews said. "Cincinnati has already gone from -4 to -7."

To reiterate, Andrews doesn't have a lot of faith in the Fighting Irish for the 2021 season. But he has a lot of faith in what's expected to be a very solid North Carolina outfit. That's why this game opened a pick 'em, even with Notre Dame on its home turf October 30.

That line held perfectly steady at pick after the early crush of betting on May 21.

Iowa State is coming off a Fiesta Bowl victory over Oregon - the capper to a solid 9-3 season. West Virginia went 5-4 last year, needing a Liberty Bowl victory over Army to crack .500. But early bettors at South Point liked the underdog in this tilt.

"I have Iowa State ranked higher than other people do," Andrews said. "So I opened this Iowa State -8, but it's down to -6."

Iowa State is well-represented in South Point's Games of the Year, but early bettors definitely feel differently about the Cyclones than does Andrews.

"I think Iowa State will be a very good team. But I opened Iowa State -10 over Texas, and it's down to -7," Andrews said.

Bettor Paul Stone jumped on Texas +10, reasoning that Iowa State will be a public play this season and that the initial value was on the underdog. Stone had this line Iowa State -5.

"Iowa State will go from hunter to being hunted," Stone said, adding he expects new Texas coach Steve Sarkisian to have his squad in good shape by the time this November 6 clash rolls around. "Texas will be a different team by then."

Set for November 26, this rivalry weekend game opened North Carolina as an 11-point chalk at South Point. But quick and steady sharp play drew this number down to -8.5. Stone hopped on this game, taking North Carolina State +11 and again at +10 for the same reason he played underdog Texas against Iowa State.

"That's a play against a team that I think will be a public darling this year," Stone said. "I made North Carolina -4.5 in this game. Getting double digits was a bonus."

This is another game in which Powers was happy to lay points with Notre Dame, going against Andrews' opinion of the Fighting Irish. Notre Dame opened -6 and quickly moved to -7, which is where Powers got down, but he was satisfied with that number.

"I had it at Notre Dame -10," Powers said. "I'm just very down on Stanford. I think the program is trending in the wrong direction."

Games of the Year odds

Action on various college football games of the year will come thick and fast with books now releasing numbers for games across the 2021 schedule. In addition to action reports for nine hot matchups this fall, here are the spreads for all of the South Point's "Games of the Year" in 2021. 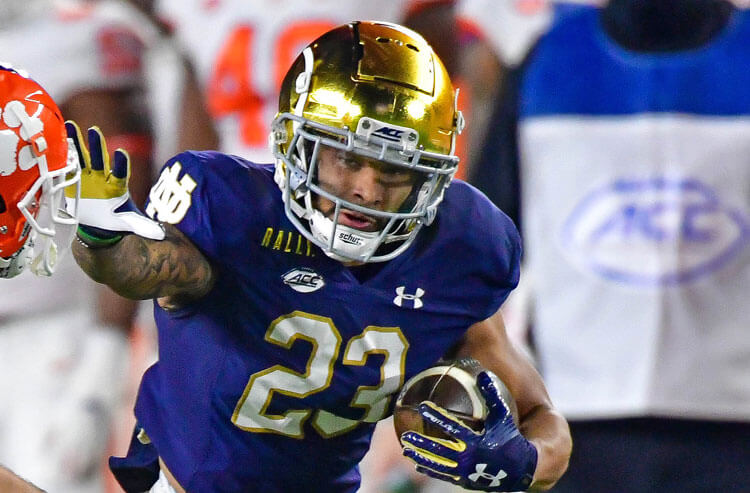