It's been a topsy-turvy NCAA betting season, but we've finally reached the climax: the CFP National Championship.

Alabama has steamrolled any and all opposition, while Ohio State upset the Clemson Tigers and will look to pull off another unlikely win Monday night. There's plenty of CFP National Championship odds out there, and the Covers staff has scoured every corner of the interwebs to find the best value and give you our best parlay picks.

The rules for these picks are seemingly the same as the rules for every college team this season...there are no rules. We're letting any side, total, prop or derivative be in play. If you can find it, you can bet it!

So buckle up your chinstraps, get out your foam fingers and let's get into our favorite staff parlay picks—college football edition.

Going for a quick and dirty first quarter-focused “Kick Start My Heart!” parlay for the CFP Championship Game, getting the blood pumping early and maybe padding the bankroll for live betting in the final three quarters.

When Justin Fields is on, he's as good as anyone in the country. He's going to need to be locked in to keep up with Alabama's terrifying offense and I think he'll deliver a massive performance. Will that be enough to cover a near double-digit spread? Unfortunately for the Buckeyes, I don't think so, as it's going to be Roll Tide in a high-scoring affair.

To say I’m excited for this game would be an understatement: this game has the makings of a classic. The Alabama death machine is fully operational and Ohio State looked like the second-best team in the country as they throttled Clemson on New Year’s Day.

Yes, Ohio State has had some rocky offensive performances this season, but they seem to be putting it all together at the right time and should keep it close enough to cover nine points. Alabama has been a fixture in the national championship game lately and their last four appearances have gone Over—this game will too.

Lots of points means lots of TDs, and Alabama gets speedy wideout Jaylen Waddle back: I like him to find the end-zone on Monday.

I'm firmly on the Buckeyes bandwagon and despite entering as 8.5-point dogs I think they have the firepower to keep the score close—if not win outright.

The key player I'm watching is wideout Chris Olave, who gives Justin Fields a deep threat to stretch the field. Their connection will have to be on if the Buckeyes want to go blow-for-blow with Bama's high-flying offense. That has me backing OSU at +8.5, taking their team total Over 31.5 and taking the O85.5 on Olave's receiving yards.

And just for the hell of it, since the prop on first score of the game has touchdown a -500 favorite, I’m going with any other score +400. Fade all of this accordingly, and have a great Monday night!

I’ve written plenty on this game already, so many of you probably know I’m in Alabama’s corner.

No disrespect to Ohio State. The Buckeyes can certainly win this game. But for me, Bama just has too many weapons for OSU to deal with. The Tide are the best first-half team in the nation and will jump out to a nice lead with a Najee Harris TD or two. Ohio State may put up a fight, but Bama won’t look back.

Where Can I Make National Championship Parlay Bets Online? 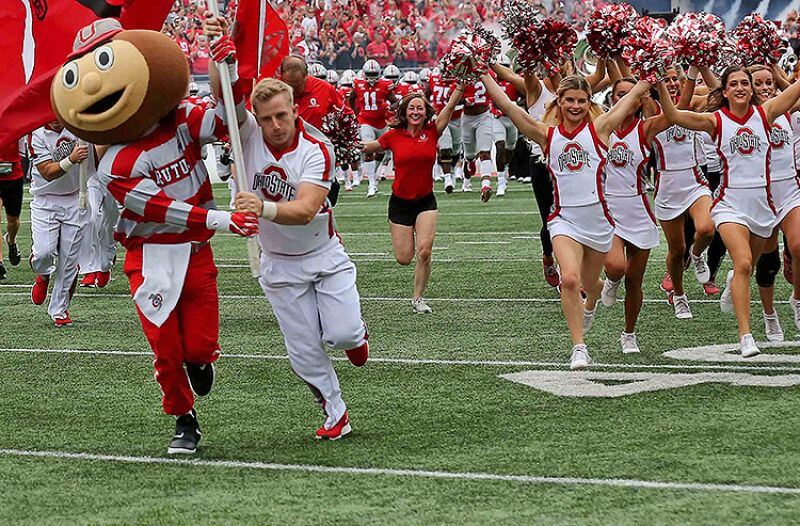