Fear of falling into the dreaded play-in tournament is fueling the Los Angeles Lakers in the home stretch of the NBA schedule. And with the Phoenix Suns coming to town on Sunday, Purple and Gold faithful should be very afraid.

Phoenix is chasing the No. 1 spot in the conference and has only one loss in its last seven contests (5-2 ATS), with bookies installing the Suns as NBA betting favorites in L.A. The Lakers have spiraled down to seventh in the West and have lost five of their last six (2-4 ATS).

Check out our free NBA picks and predictions for Suns vs. Lakers on May 9.

Phoenix opened as a 5-point road chalk on Saturday night and shortly after the Lakers' long list of injuries was released the line jumped to -7.5. Since then, the spread has moved as high as -8 at some books. According to FanDuel sportsbooks, as of 8:00 p.m. ET, 60 percent of bets are giving the points with the Suns and 63 percent of the point spread handle is riding on the visitor. As for the total, the Over/Under opened 214 and jumped to 217 points. FanDuel has seen 85 percent of total bets take the Over which has 88 percent of the O/U money on the Over for Sunday night's game.

The Under is 9-3 in Lakers’ last 12 home games. Find more NBA betting trends for Suns vs. Lakers.

The Suns are coming off a dominant home win over New York on Friday, laying 128 points on the NBA’s premier defense, in terms of points allowed and opponent field goal percentage. Diving into the advanced metrics, however, the Lakers are the stingiest team in the league with a 106.7 defensive rating.

Phoenix will be hitting the road for the fourth time in the past five games on Sunday and hasn’t been as impressive in the role of visitor. The Suns were 1-2 against the spread on their recent three-game road trip, needing overtime at Cleveland to avoid the ATS goose egg. In fact, Phoenix is just 3-7-1 ATS in its last 11 road games overall, allowing 117.3 points per outing with a -2.4 average margin of victory in that stretch.

Los Angeles is still without LeBron James and sparkplug guard Dennis Schroder but is showing fight in these final contests. The Lakers knocked off Denver as home underdogs on May 3, got thumped by the rival Clippers on Thursday (with Anthony Davis playing only nine minutes), but put in a solid effort by covering as 7-point dogs in Portland on Friday.

Davis has been the backbone in those two spread winners, scoring 25 versus the Nuggets and dropping 36 on the Trail Blazers. Phoenix is susceptible to solid post play, listed as the fifth-worst post-up defense in the league, and L.A. will run its offense through Davis down low as it tries to bully the Suns into another close game.

With LeBron and Schroder sidelined, the Lakers are even more dependent on their shutdown defense and have gone 0-2-1 O/U in the past three contests. On the year, L.A. is 8-11-1 Over/Under (58% Unders) as an underdog.

Los Angeles checked a Portland team ranked fifth in offense to only 106 points on 42 percent shooting on the road Friday and limited Denver to 89 points on 44 percent success from the field last Monday. Even in the one-sided loss to the Clippers, the Lakers gave up only 53 second-half points and forced 22 turnovers Thursday.

These teams played back in March, with the Suns taking a 111-94 home victory that stayed Under the 217-point total. Phoenix did shoot 48 percent for the game, but only 9 for 32 from beyond the arc.

If L.A. is going to stay within striking distance on Sunday it needs to get its heels above the 3-point line, something it’s been OK at in the past three outings (33.7% against). As for the Suns, they’ve struggled from distance in recent road outings, shooting just 36.3 percent from downtown over their last 10 away games.

In terms of pace, neither offense is looking to push the tempo. Los Angeles doesn’t have James revving the engines in transition and Phoenix plays a controlled halfcourt set ranked second slowest in the league over the last 10 games (95.65). If you like to chew on head-to-head trends, the Under has hit in six of the last eight games between these Western foes.

It all can’t be on AD. The Lakers have gotten terribly inconsistent — sometimes non-existent — efforts from its other marquee players since LeBron was sidelined again with a nagging ankle injury.

It seems Kyle Kuzma, who is out for tonight's contest, goes MIA in every second game and Andre Drummond is about to find his ass coming off the bench after scoring a total of just 17 points over the past three games.

If Los Angeles is going to avoid the mess of the much-maligned play-in tournament and hold down the fort Sunday, it will need a big day from Kentavious Caldwell-Pope. He put in a 17-point effort in the loss at Portland, adding five assists and four rebounds.

And while KCP struggled against the Clippers’ perimeter defense Thursday, he posted a combined 20 points, eight rebounds, and six assists in the two games prior. Caldwell-Pope is also coming off an April in which he averaged 13.4 points and over three rebounds and two assists per contest. 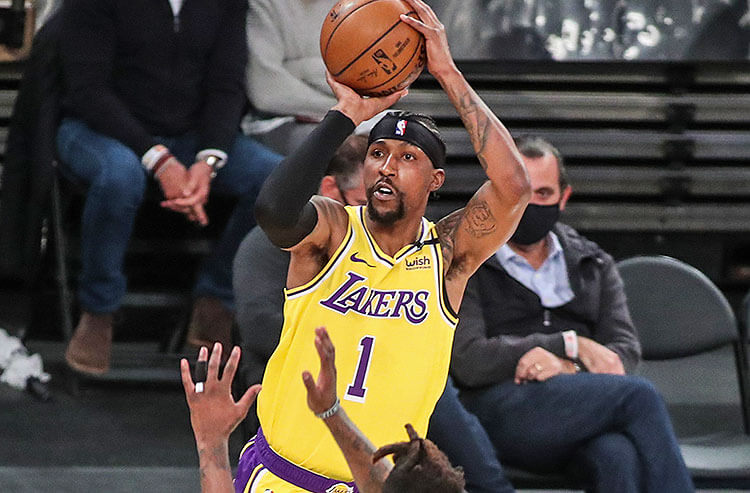 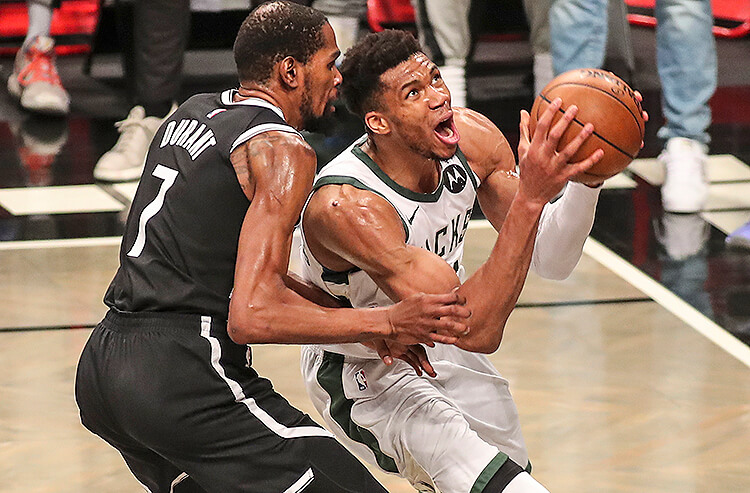 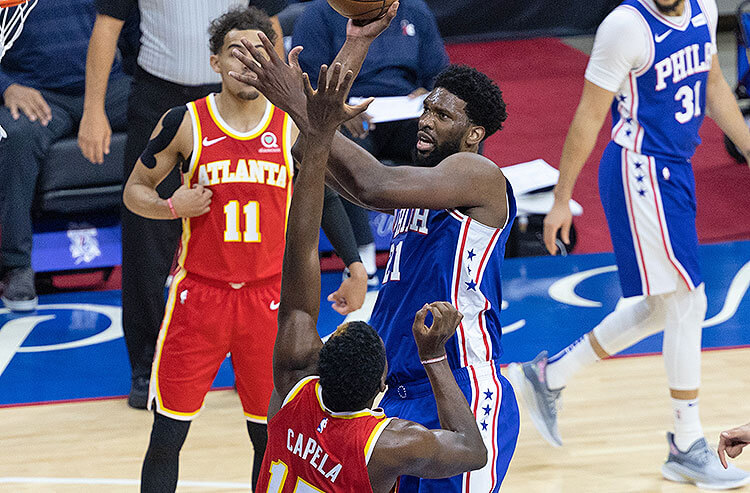