Marvin Bagley III scored an efficient 26 points against the Rockets two nights ago. Bagley and the Kings are up against Houston once again — and we're backing him to go Over 13.5 points. This and much more in our NBA daily player props for January 16.

There are just four games on the NBA betting board this Sunday but there are still plenty of player prop bets to wager on.

Sometimes the best value in player props comes from going against obvious expectations. That's where we're putting our money today as we back a bust in Sacramento, fade the reigning MVP in Nikola Jokic, and expect plenty of points from a young scorer against the top-ranked defensive team in the league.

The Houston Rockets and Sacramento Kings face off in a rematch from Friday's 126-114 Kings victory. These are two of the worst defensive teams in the league and both also tend to run at a fast tempo with the Rockets playing at the fastest pace in the league and the Kings ranking eighth in that category.

The Rockets have been particularly poor at defending inside, allowing a league-high two-point field goal percentage of 55.8% and surrendering 49.9 points per game in the paint, the second-worst number behind the Kings.

Big man Marvin Bagley III had a breakout game for the Kings on Friday, dropping 26 points on 12-20 shooting. He also scored 16 points in 30 minutes against the Lakers in his previous contest. Bagley was the second overall pick in the 2018 draft and has been a complete disappointment for Sacramento but he has seen his minutes and shot attempts steadily rise since Alvin Gentry took over as interim coach in late November.

The Kings would really benefit from Bagley playing up to his potential, or at the very least boosting his stock before trading him away, and Houston is the perfect opponent for another solid performance.

The Utah Jazz will try to snap a four-game losing streak as they head to Ball Arena to face off against the Denver Nuggets. Utah will get a boost with the expected return of All-Star center Rudy Gobert which will make for an always entertaining matchup against Nuggets big man Nikola Jokic.

Jokic averaged 8.3 assists per game last season but has seen that number drop to 7.2 apg this year and even those have been hard to come by. He's had to carry the scoring burden in the extended absence of Jamal Murray and Michael Porter Jr. and when he does try to set up his teammates they sometimes struggle to knock down open shots.

The Joker dropped 11 dimes against the Jazz (without Gobert) less than two weeks ago but that was only the second time in his last 13 games that he has racked up more than eight assists. We faded Jokic on his assists total last week and if books continue to inflate this number we're going to keep hitting it.

The Minnesota Timberwolves are hosting the Golden State Warriors tonight and the T-Wolves are actually 4.5-point favorites with the Dubs missing both Stephen Curry and Draymond Green. Golden State has allowed a league-low 101.6 ppg this season but has really missed Green on that end of the floor with the former Defensive Player of the Year set to miss his sixth straight game.

Golden State is coming off a strong defensive performance against the Bulls but prior to that had surrendered 118 points to the Bucks and 116 points to the Grizzlies. The Warriors will have a tough time containing T-Wolves guard Anthony Edwards who went off for 48 points on 16-27 shooting when these teams previously met up back in November.

Edwards is fresh off a 30-point performance against the Grizzlies and is averaging 25.7 points per game on 50% shooting over his last 10 games. With the O/U on his points total tonight set at 21.5, a number he has eclipsed in eight of his previous 10 contests, grab the Over. 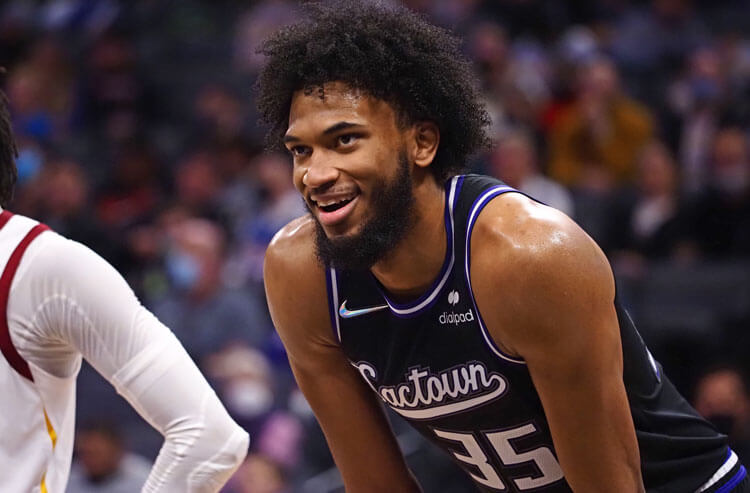 NBA Betting Notebook, Odds, and Schedule: Warriors Kings of the West Once Again
Rory Breasail | May 27, 2022