David MJ is a statistics professor at Laval University in Quebec City who offers sports betting advice based on his prediction models.

Game 7s are always exciting. They’re even more interesting if you can profit from them. Heading into Sunday’s Game 7 between the Utah Jazz and Los Angeles Clippers, I found some great Game 7 betting trends by digging into the past nine NBA postseasons.

With the public’s tendency to overreact to recent games, my suspicion was that we might get value from betting the team that lost Game 6, the previous game, against the spread (ATS). This intuition turned out to be true: teams coming off an ATS loss in Game 6 went 18-11 (62.1 percent) against the spread in the seventh game of the series. That trend bodes well for anyone leaning toward the Jazz +3.5 Sunday night.

That being said, does it matter whether the given team barely lost or got crushed ATS? For example, suppose a 3-point underdog in Game 6 ended up losing that game by 25 points. Considering the market is likely to overreact to this result (which will move the line in our favor), should we have even more confidence in our bet on the team that lost by 22 points ATS?

Here’s how we would have done betting the team that lost Game 6 ATS as a function of the difference between the spread and the actual margin of victory:

Based on this table, a team getting blown out ATS in Game 6 does not appear to be more or less of a value bet in Game 7. If it lost by 12.5 or more points ATS in Game 6, its record in the decisive Game 7 was 7-4 (63.6 percent) which is not much more that the overall winning percentage of this strategy.

What about the road/home split? Despite the small sample sizes, the results are quite interesting. First of all, home teams have gone 18-11 (62.1 percent) against the spread in Gam 7 situations over the past nine NBA postseasons. They went 9-2 ATS after losing Game 6 ATS, while finishing 9-9 after winning Game 6 ATS.

In summary, from a betting perspective home teams have done very well in Game 7s in recent years, just like teams coming off a loss against the spread. If both criteria are met (a home team that lost the last game ATS), jump on it. While that’s not what we get with Jazz-Clippers Game 7 Sunday, it is something to watch out for as the playoffs progress.

And here’s another nugget to hold on to as the NBA Playoffs advance into the second round. You would expect the more rested team to have a better chance of winning the game. If we are talking about a first-round Game 7, both teams are usually equally rested, so there is nothing to explore here. But from the second round and up, teams that are coming off an easier series (i.e. having eliminated their previous opponent by a fewer number of games than their current opponent did) are 9-1 ATS in seventh games. Ten games is a small sample, but that’s still a pretty impressive record. Keep that in your back pocket for future rounds. 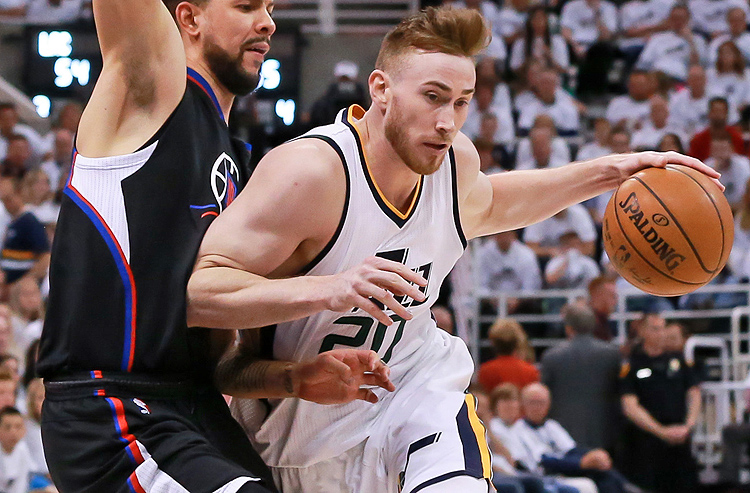