Clippers vs Suns Picks: Do Clippers Have Enough Wind in their Sails?

The Phoenix Suns are chasing the No. 1 spot in the Western Conference and can not only inch closer to the top seed but make a statement to the rest of the West when they host the Los Angeles Clippers on Wednesday.

The Clippers will likely be without forward Kawhi Leonard again, listed as doubtful, and while his name isn’t on the injury report, Paul George could be nursing an ankle injury ahead of this trip to the desert. That has Phoenix set as a slim NBA betting favorite.

Check out our free NBA picks and predictions for Clippers vs. Suns on April 28.

The Under is 12-5 in Clippers’ last 17 games as road underdogs. Find more NBA betting trends for Clippers vs. Suns.

The Clippers weren’t playing great heading into their one-sided loss to New Orleans on Monday, despite riding a four-game win streak. Los Angeles squeezed past Portland and rallied from large deficits to stay in the win column versus Memphis and Houston before getting blasted 120-103 by the Pelicans.

Los Angeles has been leaning hard on George this month, trying to stay among the Top 4 in the conference while Leonard recovers from a foot injury. George is averaging 27.7 points this month but did suffer a minor ankle injury in New Orleans and now faces one of the best two-way teams in the NBA.

Phoenix split its two games in the Big Apple – losing to Brooklyn and beating the red-hot Knicks – and returns home just one game back of Utah for the No. 1 spot in the conference. The Suns and Clippers have had some heated battles this season, but L.A. is missing three of its top defenders (Leonard, Serge Ibaka, and Patrick Beverley) and could concede this final stop of a three-game road trip, instead looking ahead to a four-game homestand featuring Denver, Toronto, the L.A. Lakers and New York.

The Suns are back home after a challenging five-game East Coast swing, where they’re 20-12 ATS on the season. Phoenix scores more than 116 points per contest as a host and complements that with one of the best homecourt defenses in the NBA, giving up only 107.8 points against to visiting foes.

I can’t trust the Clippers’ current form or their personnel plans entering Wednesday, so I’m happy laying the points with one of the best home bets in the league playing with plenty of motivation.

Despite playing some of the worst defensive clubs in the Association, L.A.’s offense has been flat as day-old beer in recent outings. The Clippers managed just 109 and 103 points in the past two games versus New Orleans and Houston, which rank 26th and 27th respectively in points against.

PG has powered this attack and kept the Clippers' heads above water while waiting for Leonard and the rest of the starters to get healthy, but that sore ankle and the promise of heading home after this road date may dull his contributions Wednesday. He looked worse for wear versus New Orleans and was just 3 for 11 for a mere nine points in 25 minutes, including four turnovers and four personal fouls.

Phoenix’s offense runs one of the more calculated paces in the league (98.04) and allows that tempo to support its defense, especially at home, where the Suns limit foes to an effective field goal rate of just 52.3 percent – seventh-lowest in the league.

With Leonard doubtful and a number of support players sidelined or questionable, Los Angeles is running out of options on offense beyond Paul playing out of this mind. And if Monday’s stat line is any indication, he’s running on empty.

Deandre Ayton is in line for a big game against the Clippers, with L.A. possibly missing a big chunk of its frontcourt. Shot-blocking center Serge Ibaka is out and forwards Nicolas Batum and Amir Coffey are questionable, leaving Los Angeles short.

Ayton is putting together a solid April, averaging 16.1 points and 10.3 rebounds a night. He scored just nine points in the win over the Knicks on Monday but pulled in 13 boards.

In his last two meetings with the Clippers, the Suns’ 7-footer posted stat lines of 18 points with 10 rebounds, and 24 points and eight boards while shooting a collective 18 for 23 in those matchups. 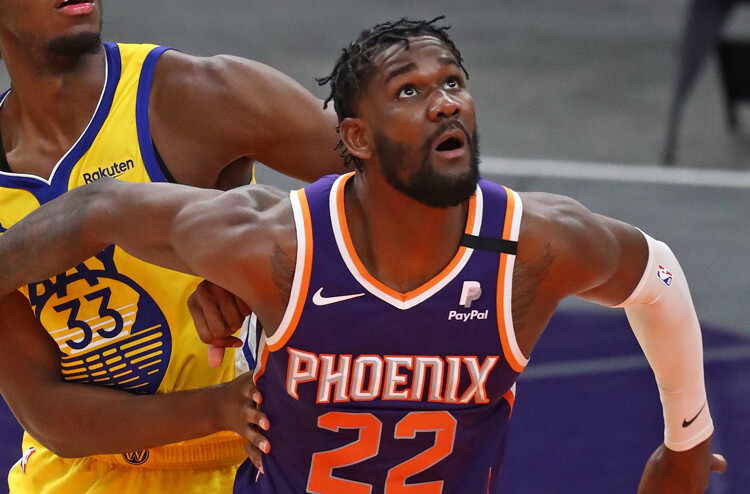 Clippers vs Suns Picks: Do Clippers Have Enough Wind in their Sails?
Provided by