Kawhi Leonard and L.A. find themselves as NBA betting dogs looking to avoid an 0-2 hole against Utah. With a renewed focus and possibly some lineup tweaks, can they cover as slight dogs? Find out with our Clippers vs. Jazz picks.

The Utah Jazz will be looking to take a 2-0 series lead when they host the Los Angeles Clippers for NBA betting action at Vivint Arena in Salt Lake City, Utah. This is a massive game in determining who goes to the Western Conference Finals, so look for both teams to show up with some serious intensity.

Will Los Angeles even this series with a Game 2 win? Find out in our Clippers vs. Jazz picks and predictions for Thursday, June 10.

Utah went up as a 3-point favorite at TwinSpires and initially ticked up to -3.5, then returned to -3 and is down to -2.5 at 6:45 p.m. ET. "Sharp play on the Clippers +3," TwinSpires trading analyst Zachary Lucas said, noting Los Angeles is taking 54 percent of spread bets and 63 percent of spread cash. The total is out to 223 from a 221 opener, with ticket count and money both in the 3/1 range on the Over.

The Clippers are 6-2 ATS in their last eight games playing on one day of rest.  Find more NBA betting trends for Clippers vs. Jazz.

The Clippers will be kicking themselves for not stealing Game 1 with Mike Conley on the sidelines, but you’d have to think they’re happy with the way they played in that game. Despite 4-of-17 shooting from the floor from Paul George, Los Angeles had a chance to tie it up on the final possession of the game. Everybody in the world wants to kick George while he’s down, but he bounced back from a poor start in the series against the Dallas Mavericks and he’ll do the same here. Look for him to hit more and more shots as he feels out this Jazz defense, and don’t be surprised if it starts in Game 2. He started to get it going a bit late in the opener.

Kawhi Leonard should also show up in a big way in Game 2. This is a massive game for the Clippers, and Leonard was at his absolute best when Los Angeles needed him last series. In Games 6 and 7, Leonard totaled 73 points, and did so on 28-of-40 shooting from the floor. That is absolutely nuclear shooting, and the Clippers will be hoping for a repeat with another opportunity to steal home-court advantage in this series.

Another thing worth monitoring here is the health of Mike Conley. While Conley is a two-way stud, an argument can be made that Donovan Mitchell is even better when he is forced into lead-guard duties. Mitchell doesn’t really make plays for his teammates very often, but it’s never a bad thing to give an elite scorer a ton of on-ball reps. Mitchell had 45 points in Game 1, so the Jazz probably want the ball in his hands as much as possible in Game 2.

For what it’s worth, Ty Lue said that we could see more Patrick Beverley the rest of this series. Beverley’s on-ball defense would definitely help the Clippers contain Mitchell in some capacity, but it’ll be interesting to see whether or not there are actually minutes for him. Regardless, Los Angeles is a good play in Game 2, and the value is right on the money line, too.

Game 1 went Under the total and that was with Mitchell’s 45-point performance, which is unlikely to repeat itself. Los Angeles is going to go out of its way to make sure somebody else has to make some plays in Game 2, and the Clippers would opt to slow the game down a bit. Utah’s fans were insane in the series opener, and the Clippers need to find a way to suck the energy out of the building.

If Lue is being honest about Beverley’s minutes, that’s another reason to take the Under. The reality is that there’s going to be a much hungrier Clippers team on the floor tonight, and this should be a game that features some excellent defense.

Los Angeles isn’t exactly in a must-win situation, but the team would be under a lot of pressure if it needs to go and win two in a row at Staples Center. With that said, look for Leonard to take matters into his own hands in Game 2.

The superstar averaged 32.1 points per game against Dallas in the first round, but he had only 23 in the opener against Utah. That isn’t going to cut it in a series like this, so look for Leonard to be super aggressive from the jump here. Los Angeles can also slow things down a bit by giving him a few more touches in the mid-post area. 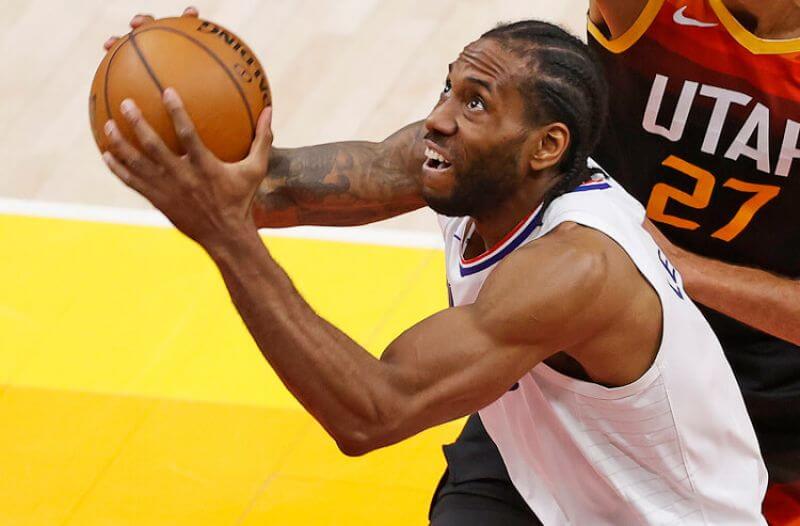 Clippers vs Jazz Game 2 Picks and Predictions: Kawhi Does Kawhi Things
Provided by