Well, Game 4 was certainly interesting. Miami came out of the gate colder than a popsicle and Boston had the game won by halftime. Which team can gain the advantage in Game 5? Find out in our NBA betting picks and predictions for Celtics vs. Heat. 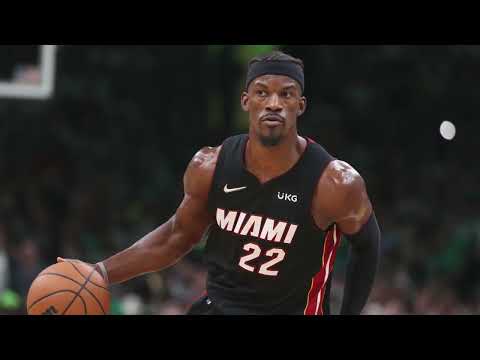 The Eastern Conference Finals are now a best-of-three set with Game 5 between the Boston Celtics and Miami Heat swinging back to South Beach.

The Celtics tied the series with a one-sided win at home in Game 4, but how much is that 20-point blowout worth to the NBA betting odds for Wednesday’s matchup in Miami? Books opened with the host Heat as short home underdogs with some key players on both sides battling ailments.

Check out our free NBA betting picks and predictions for Celtics vs. Heat on May 25.

Books pegged Miami as a 1-point home underdog for Wednesday and that spread has jumped to +1.5 at some markets. The total for Game 5 hit the board at 203.5 points, which if it closed there would sit behind only the 203-point total for Game 1 as the lowest Over/Under number of the 2022 playoffs.

Miami is 11-5 SU and 10-6 ATS at home when coming off a loss in its previous game this season. Find more NBA betting trends for Celtics vs. Heat.

Before Game 4, I preached about getting out ahead of any injury updates with early bets on Boston and the Under, knowing that Miami stars Jimmy Butler and Tyler Herro were question marks coming into Monday. And with the Heat stealing back home court with a win in the TD Garden in Game 3, I was cautious of Miami’s motivations considering those injuries.

Could the Heat be happy with splitting the two games in Boston, resting those banged-up studs, and turning this into a best-of-three series with home court in Games 5 and 7? It sure looked that way.

Miami came out flat in the first quarter, missed its first 14 shots, and mustered a mere 11 points in the opening 12 minutes. From there on, the focus was on getting home in one piece for Game 5. Herro sat while Butler was limited to 27:28 of listless floor time, shooting 3-for-14 for only six points in a 102-82 defeat that may not be as meaningful as many would make it.

Now, bookies are giving the Heat extra points at home and both Butler and Herro are in better shape injury wise than they were in Game 4, although Herro is still a game-time call with a tender groin. On Boston’s injury front, Marcus Smart sat Game 4 with a nagging ankle injury and is also a GTD Wednesday.

Even with Miami possibly packing it in early on Monday, the Celtics didn’t play exceptionally well. The starters shot a combined 38.6% from the field with Jayson Tatum’s 8-for-16 night doing the bulk of the heavy lifting, and the C’s were 8-for-34 from beyond the arc (starting lineup was just 4-for-22).

Boston did, however, win the battle on the boards, and wrangled 14 offensive rebounds for 10 extra-chance points while also manifesting 13 points off just nine Miami turnovers. Again — hustle points from a team in dire need of a win facing a foe that may have already been thinking about its inflight meal from Boston to Miami.

A different beast awaits the Celtics in South Beach for Game 5. The passive offense from the Heat in Game 4 won’t show up, instead reverting back to the attack-heavy approach we saw from Butler and Bam Adebayo in the first three games of the series.

The Heatles also have veteran guard Kyle Lowry back in the mix after he missed time with a hamstring injury. Lowry has worked off the rust the past two outings and gives the Heat even more depth in the backcourt, getting great support from Herro (hopefully), Gabe Vincent, and X-factor Victor Oladipo, who got to break out with 23 points in 30 garbage minutes Monday after spotty offensive efforts in the first three games.

With the market overreacting to the Game 4 result, we’ll gladly grab the points with the home side knowing Miami has much more left in the tank, and have perhaps been planning for this Game 5 contest since stealing Game 3 in Beantown last Saturday.

An ice-cold opening quarter and lethargic offense from Miami were almost contagious in Game 4, as neither side showed much energy or urgency with the basketball. Monday’s contest pooped out a snail-paced rating of 92.0 as the Heat and Celtics shot a collective 36.3% from the floor (the first three games boasted a pace rating of 94.88).

Miami was far from aggressive on possessions, opting to pass it off rather than attack the paint. That led to just 15 personal fouls for Boston and only 14 free-throw attempts for visitors, which were averaging almost 22 FTA per game in the playoffs, and 21 per outing in the first three games vs. the Celtics. Expect the Heat to go headhunting for contact in Game 5 and score plenty of points with the clock stopped from the line.

Boston’s offense still managed 102 points on a bad shooting night. Tatum will continue to shine but bettors should brace for a return to form from guys like Jalen Brown (5-for-20 in Game 4) and Al Horford (just two FGA Monday), who have chipped in with big offensive efforts in the East finals.

This current total of 203.5 points matches what bookies projected for Game 1, when these clubs clobbered that number by 21.5 points. The first three outings of the series topped the total and needed a throw-away game from Miami to score an Under in Game 4. The Heat and Celtics will pick up where they left off in South Beach and put another Over winner on the board Wednesday.

Tossing Game 4 in the garbage, this line should be in the range of Miami -1.5 if all parties are accounted for.

That said, Boston definitely has the horses to win this one outright, and my point spread pick on Miami +1.5 is merely a value grab on what I see as an error in odds making, putting too much weight into a mailed-in Miami performance in Game 4.

Butler was averaging 8.2 shots from the stripe for the postseason before Game 4, including 9.3 FTA in the opening three games of the Eastern Conference Finals. He was cashing in 83% of those freebies for almost a quarter of his total point production in the playoffs, upping that cut to 32% of points off foul shots in the first three contests vs. Boston.

His passive performance in Game 4 can partially be blamed on his bum knee, but let’s be honest: Jimmy was saving himself for Game 5. As were the rest of the Heat.

Before that 82-point withered bag of “Spring Mix” in Game 4, Miami had hung scores of 118, 102, and 109 points on the NBA’s best defensive team to open this series. The Heat’s team total for Game 5 is a modest 101.5 points — a bar Miami has jumped over in all but four games this postseason and only once came up short at home.

Did you know that if you parlayed today’s NBA Celtics vs. Heat predictions and picks in a single-game parlay, you could win $59.58 on a $10 bet?