The Warriors are in trouble, but perhaps not as much as the Jazz in the grand scheme of things. Get an update on news from around the NBA — both on and off the court — with our NBA notes from around this week's news.

After outmuscling and dominating the Warriors to seize a 2-1 series lead, the Boston Celtics remain undefeated following a loss this postseason, The odds have once again swung in Boston’s favor (-230), but the way Game 3 was played suggests that they haven’t swung far enough. Robert Williams III, who has been up and down with injuries all playoffs and limited at times this season, was his old self in Game 3. Williams was a team high +21 and totaled a combined seven steals and blocks in his 25 minutes. His renewed production and rim protection should make Boston significant favorites going forward.

Time-Lord sent 4 shots packing in Game 3 of the #NBAFinals adding to his extensive defensive highlight reel!

Take a look at some of his best blocks of the regular season and playoffs ahead of Game 4 Friday, at 9pm/et on ABC ???? pic.twitter.com/oFNhlARHJw

And that’s not even accounting for Steph Curry’s leg injury. Steph hurt his leg in a scramble for a loose ball when Al Horford fell on him and described his injury as similar to the one he suffered to Marcus Smart earlier this year. That injury, of course, caused him to miss the end of the regular season, but Curry claims he’ll be playing Game 4 regardless. That may be true, but it doesn’t mean he won’t be severely hobbled. Even with Steph playing lights out through three games, the Warriors find themselves fighting for their lives on the road. If Steph is anything less than 100%, the Celtics will romp to their 18th title.

(Check out our Steph Curry player prop picks for Game 4!)

Following months-long rumblings, Quin Snyder made things official and announced that he would be stepping down as head coach of the Utah Jazz after eight seasons. Snyder, who had massive regular-season success and is widely considered one of the best lineup optimizers in the NBA, turned down multiple extension offers by Utah. Snyder claims he just believed that a new voice would be required to help take the Jazz to the next level. It may be that Snyder sees the writing on the wall and would rather leave with his reputation intact with dicey days ahead in Salt Lake.

Donovan Mitchell claimed to be unsettled by the decision, in a move some think is him setting up justification for a trade request down the pipeline. If that’s coming, the Jazz certainly are not eager to accept it, as they continue to retool with Mitchell in mind. So far, the Jazz have been rebuffing all teams who have indicated interest in the All-Star shooting guard.

ESPN Sources: In aftermath of Quin Snyder’s departure as Utah Jazz coach, All-Star guard Donovan Mitchell is described as “unsettled, unnerved and wondering what it means for the franchise’s future.”https://t.co/hR6H1tKGX0

Replacing Snyder will be difficult, and there aren’t any veteran top-tier coaches on the market this summer. The betting markets for Utah’s next head coach have tipped Johnnie Bryant, currently an assistant on the New York Knicks, as the most likely candidate at +300. Bryant is a rising star in coaching circles and was an assistant coach on the Jazz before joining New York. Most importantly, he’s said to have a close relationship with Mitchell. While other coaches including Terry Stotts (+350) and Frank Vogel (+600) are also getting top odds, I’d strongly favor Bryant to get the job in the end, as the mandate from Jazz owner Ryan Smith has been to keep Mitchell happy at all costs.

The NBA is big business, so it’s understandable that so few of the power players are willing to speak their minds on the record in a believable manner. But if there’s anyone in the NBA world you can trust to tell you how he really feels, it’s Pat Riley. That’s a particularly unusual trait in a general manager, but the 77-year-old head of the Miami Heat let it fly in his exit presser this week.

Pat Riley broke down the 2021-22 season and laid the blueprint for the organization moving forward ?? pic.twitter.com/kxR8fQFq5Z

No topic was off the table, including suggesting that Kyle Lowry needs to focus on his conditioning more and lose weight. He also noted that Sixth Man of the Year Tyler Herro, who wants to start next season, will need to step up and start playing some defense if he wants to do so. Oh, and he wants you to know that he can do more pushups than you. Did you ask? No. Does he care? Also, no.

The NBA is at the forefront of revolutionizing the sports media space, with active players like CJ McCollum and recently retired ones like JJ Redick taking prominent roles on TV shows as well as flagship podcasts. Perhaps no one has been as much a trailblazer as Draymond Green, who has taken to recording a podcast immediately after games in the NBA Finals. With Green struggling in the series, some are criticizing the longtime Warrior, but Green is providing an unparalleled look into the mindset of actual NBA players at the highest level of the sport.

"The biggest adjustment is just coming out and being Draymond Green" ????@Money23Green reacts to Game 3 of the NBA Finals pic.twitter.com/m7pMU2RuFL

Jake Fischer of Bleacher Report even reported this week that Boston Celtics assistants are listening to Green’s podcasts, trying to glean any tactical nugget they can for game planning purposes. While Green doesn’t believe he’s giving anything away, what’s inarguable is that he is spearheading a sea change in the NBA media landscape.

Darvin Ham was officially introduced as the new head coach of the Los Angeles Lakers this week. His presser was mostly bog-standard stuff including the typical praise for the star talent on the roster and a spirited defense of Russell Westbrook, who was also in attendance.

"We have to commit to the defensive side of the ball." pic.twitter.com/SRUmH0qOTU

Ham is right to note that defense must be the starting point, but the Lakers remain a deeply flawed roster. If Anthony Davis and LeBron James can’t play at superstar levels and remain healthy for most of the season, nothing that Ham does otherwise will matter. Hopefully, Ham isn’t being set up to take the fall here, as the front office has a lot of work to do to make this team viable outside of replacing the top voice in the locker room.

Check out the full NBA schedule, matchups, odds, and more! 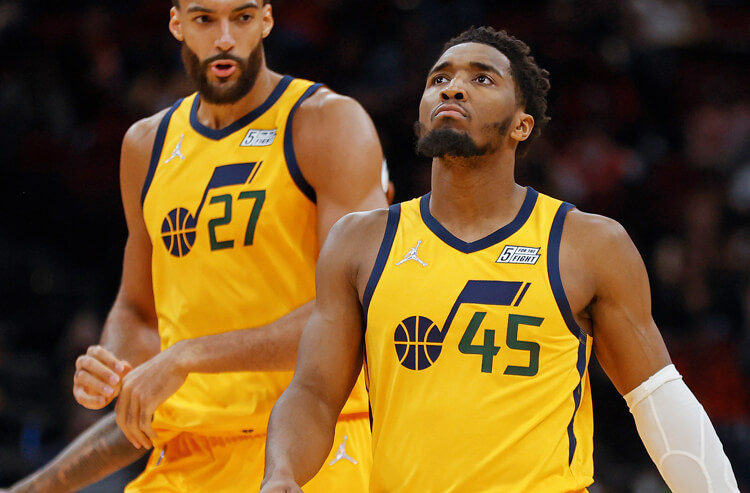