The way the books tell it, the Quaker State 400 is a wide-open race. But peer through some of the relevant data, and a few of the "favorites" are easy to rule out. Find out who to back — and fade — with our NASCAR betting picks.

Get ready for another wild, unpredictable NASCAR event Sunday afternoon in the ATL.

Sportsbooks are marking this as anybody's race, with a three-way tie atop the Quaker State 400 odds board, and six drivers tied for second at +1,200. Luckily, we're here to help you sort through the uncertainty and find your best bets.

Here are our best Quaker State 400 picks and predictions for Sunday afternoon at Atlanta Motor Speedway, with the green flag scheduled for 3:00 p.m. ET.

Picks made on 7/6/22 at 3:15 p.m. ET.
Click on each pick above to jump to the full analysis.
Odds courtesy of DraftKings Sportsbook.

He’s never won on his home track before, but his teammate won back in the spring and Elliott has three Top 10s in as many races on superspeedways this season, plus a pair of Top-2 results the last two weeks.

He was fourth in 2020, won this race in 2021, and fifth in the July race last year. Also, Blaney is as good as anyone now on superspeedways, so if this race runs like Daytona/Talladega again, you’ll be happy to snatch him up at 10-1.

Kurt Busch won in this car last year, while Chastain finished second here in March and won at Talladega a month later. He was +2,400 in March, so the odds have reflected his recent pace.

He’s a former winner three-time winner here, including this very race last year. While the package has changed, he was still third back in March. Busch has seven Top-8 finishes in his last eight starts on the track and won on another 1.5-mile track at Kansas back in May.

At one point, Atlanta was his playground, but he’s since cooled. However, Harvick has been smart and  kept himself in there at the end of speedway races over the last couple of years.

Now that this race shifted to a speedway type of racing package, that negates Larson’s advantage. Larson has never won a superspeedway race and has just one Top 5 in 32 starts on them at that. He was 30th back in March.

He may have led 111 laps in his March win, but the last time someone swept both Atlanta races occurred back in 2007. Also, Byron has just one Top 10 in his last 10 starts on the season with his last Top 5 coming in his Martinsville win in April.

His last five Atlanta starts have seen him finish 23rd, 10th, 15th, 19th, and ninth, respectively. He was 21st (Daytona) and 32nd (Talladega) in the other two speedway races this season.

This race should look a lot like the spring running — featuring action like Daytona and Talladega — which is why after all the uncertainty we saw for the spring race, we have more data to base this weekend off of.

That certainly opens the door.

William Byron isn’t primed to be the first driver in well over a decade to sweep the Atlanta races. His teammates have all struggled on speedway tracks, while Chase Elliott has never won on home turf before and Kyle Larson has one Top 5 in 32 superspeedway starts. Team Penske was 9-17-32 this past spring themselves.

That’s why this could be a new team race. Trackhouse Racing (second, fourth in March) and 23XI Racing (third, 13th — but Wallace was second at the white flag and crashed) have my attention.

However, Chevrolet is 2-for-3 on speedway tracks this season, while Toyota hasn’t won on this track in any of the last 10 tries.

Since stages began, this race’s winner has scored stage points in every stage, save once (2019). In March, William Byron won the first stage and was ninth in the second one. Last year, the eventual race winner finished in the Top 3 in each stage. In fact, since 2017, the winner finished in the Top 5 in six of the seven Stage 1s — including five in the Top 3 — to go along with the Top 7 in five of the seven Stage 2s. 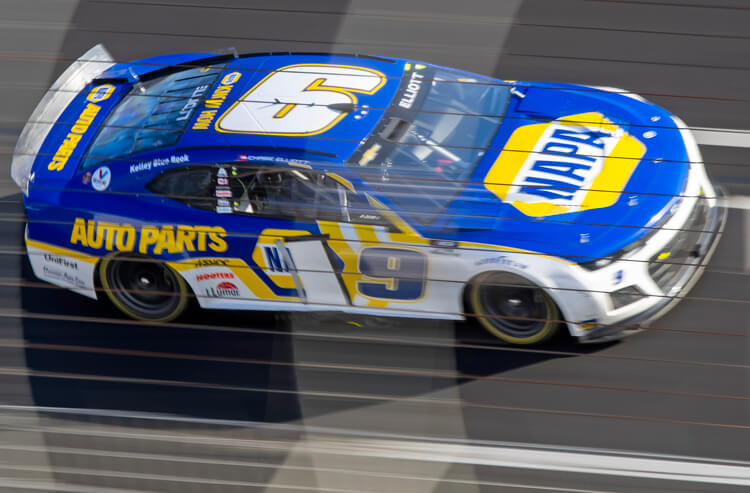