While the NASCAR field is again chasing Elliott as the odds leader, another top contender has won back-to-back road course races and looks every bit a threat to take a third. See why we're riding with Reddick for our Go Bowling at The Glen picks.

As the NASCAR season gets set to shift lanes into the playoffs, one driver is getting used to seeing his name atop the odds board

Chase Elliott again leads the Go Bowling at The Glen odds. A road course provides the Cup Series points leader with another ostensible edge, but the margins between him and a fellow favorite are razor-thin.

Let's break down the field and find the best trends and angles for NASCAR betting this weekend with our Go Bowling at The Glen picks and predictions for Sunday, August 21.

Picks made on 8/17/22 at 9:50 a.m. ET.
Click on each pick above to jump to the full analysis.
Odds courtesy of DraftKings Sportsbook.

Go Bowling at The Glen favorites

He won two of the last three years in Watkins Glen and was runner-up in the other. He’s also finished fourth, eighth, second, and 16th in the four road races in 2022. Elliott has six Top-5 finishes in his last eight starts on the season.

He won at both Road America and Indy and was fifth at COTA this season. The two wins and a runner-up at Pocono are also his only Top-5 finishes in his last 12 races, however.

He was 12th last year, won at COTA this year, seventh in Sonoma, and fourth in Road America. He crossed the finish line second at Indy before his penalty was levied. Can he break out of his four-week slump?

He won Sonoma, led every lap of the 1st stage at COTA, was fifth in Road America, and lined up fifth on the final restart in Indy.

He won Indy last year, was in the Top 3 on the final lap in COTA, was in the Top 10 late in the race at Sonoma, finished ninth in Road America, and seventh at Indy again.

Go Bowling at The Glen fades

He won last year and was sixth and eighth respectively in the two years prior. However, while he was fourth at Road America last month, finishing 29th, 15th, and 35th on the other three road course races makes me punt on him this weekend. More to that point, he has just one Top 5 in the last six races this season.

While Elliott has won two of the last three races at Watkins Glen and was second last year to Kyle Larson, that was with the old car. In this new car, he’s winless in four road course starts, while Tyler Reddick has won each of the last two.

While both should finish Top 5 and contend throughout, there’s too much value getting plus money on the guy riding a two-race win streak on road courses. The margins between the two are that thin.

Go Bowling at The Glen preview

Kevin Harvick is surging. He went nearly 700 days between wins and has now won twice in as many races. Can he pick up a third straight win on the season? Trends say no. He has one Top 5 in his last 14 Watkins Glen starts.

This, instead, is another good week for sleepers. All four road course races this season were won by either Trackhouse or Richard Childress Racing drivers. They’re viable options again this weekend and you can get decent numbers on three of their four combined drivers.

However, while Hendrick Motorsports has won the last three Watkins Glen races and is due for a breakout, they’re also 0-for-4 on road courses this season, and outside of Chase Elliott you can almost punt on the other three and spend your money elsewhere.

You can also punt on all six Toyota drivers. These are their worst tracks in 2022 and I don’t know why they’d all of a sudden figure it out.

Which is why I say this race is open to sleepers. Don’t punt on a couple of longer-shot Ford drivers either.

Chris Buescher and Michael McDowell are more than capable of scoring a playoff-changing Watkins Glen victory on Sunday, and their odds suggest you should capitalize now. Each has one career win, and each has been great on road courses this season.

Go Bowling at The Glen live betting trends to watch 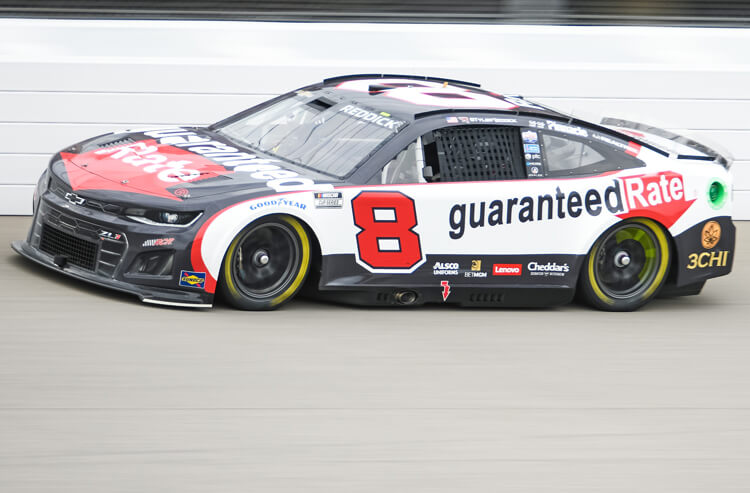