As the Cup Series gears up for its first-ever race at World Wide Technology Raceway, bettors have few previous results to draw upon. But we're doing a deep dive this week for our NASCAR betting picks, to see which drivers will Enjoy Illinois on Sunday.

NASCAR's season of unpredictability is about to get thrown another curveball: a brand-new track.

The Cup Series makes its inaugural stop at Gateway this weekend, forcing us to get creative with relevant betting info and stats for Sunday — but we're up to the task.

Get the NASCAR betting low-down for this weekend's stop at World Wide Technology Raceway in our Enjoy Illinois 300 picks and predictions, with the green flag dropping at 3:30 p.m. ET on Sunday, June 5.

You can also get a comprehensive odds breakdown in our Enjoy Illinois 300 odds.

Picks made on 6/2/22 at 12:30 p.m. ET.
Click on each pick above to jump to the full analysis.
Odds courtesy of DraftKings Sportsbook.

He’s a past Gateway winner so let’s see if past history works here. Busch also was third and second respectively in each of the last two points-paying races, so a win is the next trend.

He won Martinsville (a like track) and was leading with two laps to go at Darlington (also a like track). On top of that, he’s a past Gateway winner in the Truck Series, as well.

He was second in Phoenix (like track) and dominating in Darlington (like track) before his crash. Chastain also has three Top-7 results in the last five points-paying events. Worth a look.

He has six Top-7 finishes in his last nine starts on the season, including four straight Top-6 results, and is a previous winner in the Truck Series in Gateway too.

He won Darlington (a like track), so he’s worth a look to see how similar he runs here. He was also second in Martinsville (also a like track). Furthermore, Logano has won two of the last six inaugural track races dating back to last season.

He was third in Martinsville, had a Top 10 going in Phoenix, also placing and ninth in Darlington.

Not sure I like him here. He struggled at Phoenix and Martinsville, and was a DNF in Darlington.

His worst races this year are on like tracks.

This short track package hasn’t necessarily been kind to him this season. Elliott was 11th in Phoenix, 14th in Richmond and 10th at Martinsville. He was also 5th at Darlington.

Bell is as hot as any driver in the series right now and has some Gateway experience, including a win. Bowman hasn’t been great on like Gateway tracks (14th Phoenix, 12th Martinsville, 29th Darlington) and could easily fall behind Bell this weekend again.

Welcome to another inaugural event on the schedule — this time at the World Wide Technology Raceway. There’s not much to analyze in the way of past stats because the Cup Series has never visited Gateway before. Also, there aren’t many options for close comparison, since this track is such a unique one.

So, where do we start then?

We probably have to compare this to the short track package, plus Darlington. There’s a set of drivers that fared well at each, laid out in the picks above.

Another factor is Hendrick Motorsports. All four of their drivers have won a race already this season. Also, HMS drivers have won four of the last seven inaugural races dating back to 2020. However, among those, three were on road courses, and the one on an oval (Nashville) isn’t anything like Gateway.

Joey Logano has won two of the last three inaugural races on ovals, although one was on dirt and the other in a football stadium. That’s why I feel like this race is more wide-open than ever.

Only the best win here. 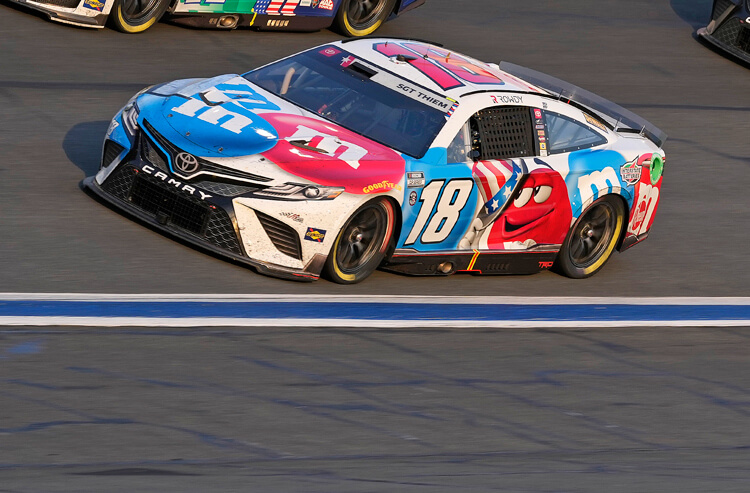