NASCAR Cup Series Championship Odds: Who Will Rise in Phoenix?

With just one race left to decide the NASCAR Cup Series Championship odds, four drivers are pitted against each other for the sport's ultimate prize. See how the contenders stack up, all "chasing" favorite Chase Elliott in Phoenix.

The playing field has been leveled for one last race as the NASCAR playoffs descend upon Phoenix for the Cup Series Championship.

One of Chase Elliott, Christopher Bell, Ross Chastain, or Joey Logano will drive away Sunday as this season's ultimate victor.

With just one race left, the Cup Series championship odds now mirror what you see below.

As the Championship 4 go through the final motions, check out how the field stacks up with our NASCAR Cup Series Championship odds.

Odds courtesy of DraftKings as of November 1, 2022.

Looking to bet on some NASCAR action? Here are two of the best bonuses* available:

Elliott's been the most prolific driver on the circuit this season by many standards, and has sat atop the Cup Series odds for much of 2022.

His five wins lead NASCAR on the campaign (he's the only driver with more than three), and the 2020 champ was also part of last year's Championship 4 — consistently putting himself in contention.

Elliott's 2020 victory in this race marks his lone Phoenix win, but his pedigree might be the best of any driver left.

Bell's riding some very good momentum, winning two of the past four races — including last weekend's Xfinity 500 — after finishing Top 5 in each of the first three playoff races.

He's arguably been NASCAR's most consistent contender on a week-to-week basis over the season's second half, with Top 5 finishes in eight of the past 16 races overall.

He lacks the experience at this juncture that some of the other drivers have, but certainly isn't shying away from the moment.

Chastain's campaign has been a bit of a sandwich, starting off absolutely on fire (four Top 3s, including a win in the first six races), before a very rough stretch in the summer (sevens straight finishes of 18th or worse) gave way to a very consistent home stretch (six Top-7 finishes in last eight races, with last three in the Top 4).

He appears to be back near early-season form and finished runner-up in Phoenix's spring race.

The other Championship 4 driver with a previous Cup Series title on his resume, Logano had been the points leader for several weeks before the tallies were leveled for the final race.

His playoff results have been a serious mixed bag, with a win and a runner-up scattered among some disappointing 18th and 27th-place results.

Logano also won here in the spring of 2020, was runner-up in the first 2021 race, and finished ninth here earlier this year, so his track record is favorable. 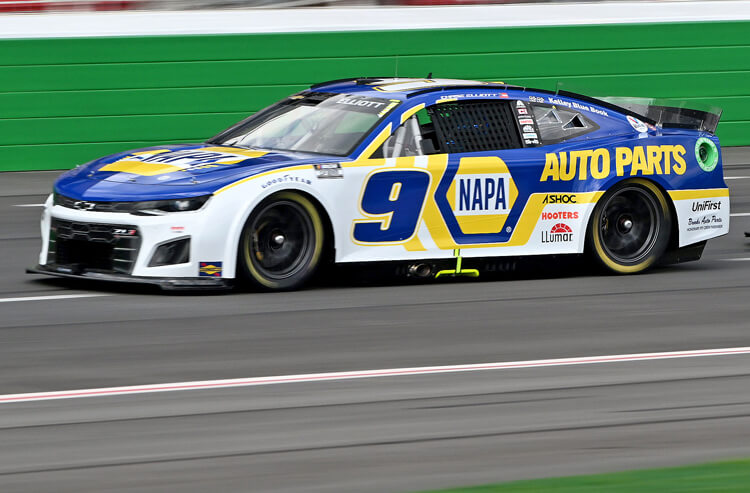 NASCAR Cup Series Championship Odds: Who Will Rise in Phoenix?
Provided by