Kevin Harvick rode a late-season heater to a playoff spot, and now finds himself getting great odds at Darlington, where he's got a strong history. Find out why he can add yet another win to this season's tally with our Cook Out Southern 500 picks.

NASCAR's season is shifting into high gear — it's playoff time!

This weekend's Cook Out Southern 500 odds favor last year's defending champ Kyle Larson, who's coming off a recent win and has unfinished business at Darlington, with runner-ups there in both of last year's races.

But we're looking at a guy who's dominated this track with our Cook Out Southern 500 picks and predictions.

Picks made on 8/31/22 at 9:30 a.m. ET.
Click on each pick above to jump to the full analysis.
Odds courtesy of DraftKings Sportsbook.

Hamlin is the defending champ of the Southern 500. He has eight Top-10 finishes in his last 11 “Lady in Black” starts, including seven in the Top 5. He’s a four-time Darlington winner and also has three runner-ups there too.

Logano won as a +1,400 sleeper in May. He’s dropped to +800 but that doesn’t scare me for a driver who’s had four Top-6 finishes in the last five weeks. He’s also had four Top-8 results in his last five Darlington tries.

In 2020, Harvick finished first, third, and first, respectively, on this track. Last year, he was sixth and fifth, and he was fourth in May for 12 straight Top-10 finishes here, nine of which in the Top 5. He led 63 total laps here in 16 starts at Darlington with RCR. He’s already led 730 in 14 starts with SHR. With two wins in the last four weeks, these are phenomenal odds.

He looked good in a third-place finish in last year’s Southern 500. He was also runner-up in the 2020 Xfinity Series race on Labor Day weekend. He was second in Stage 1 and won Stage 2 before losing control of his car on the new patch in Turn 2 in the final stage.

I don’t like his opening odds here. While he’s led a lot of Darlington laps, he also has just three Top-5 finishes in 10 starts here.

He has three Top-3 finishes in his last seven Darlington starts. Furthermore, he has 10 Top-7 finishes in his last 14 starts on the track dubbed “Too Tough To Tame.” However, he hasn’t had a Top 5 finish on the season since June 5, and in that span has just two Top 10s.

Better odds in going, from +700 in May to +1,000 now. However, this race favors playoff drivers and Truex isn’t one. While he’s won four of the last eight stages in Darlington — including leading 248 laps in his win on Mother’s Day weekend last year, and also having led 196 laps in the 2020 Southern 500 — he’s not likely to win on Sunday. So yes, I’m punting on a driver that finished fourth in this race last year. If he was at longer odds, I’d maybe consider it.

One driver has two Top 10 finishes — none of which in the Top 5 — since June 5. The other was third in this very race last year, has multiple wins this season, and was leading when he was the victim of that Turn 2 patch in the final stage this past May.

So how do we break this down among the field of 16 playoff drivers then?

Denny Hamlin and Kevin Harvick have combined to win four of the last six and five of the last nine at Darlington, which is why they’re my top favorite and sleeper.

Chevrolet hasn’t won a Darlington race since 2014 (0-for-11). Toyota has won three of the last five, and seven of the last 11 overall there, too.

Joey Logano, a Ford driver, won the pole, Stage 1, and the race this past May. 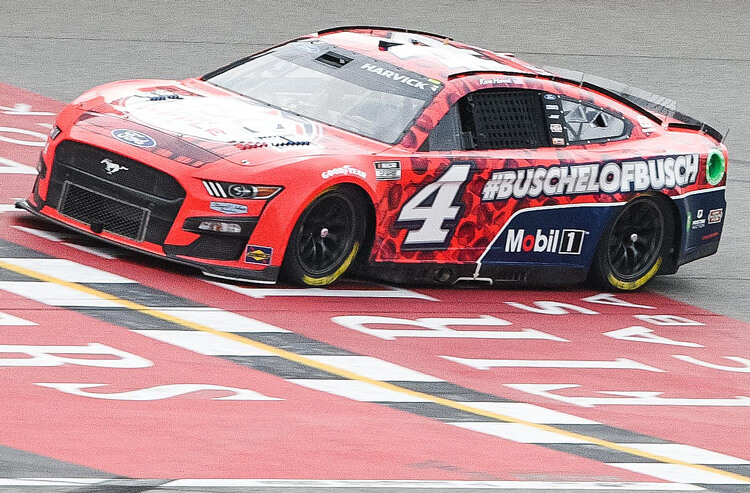