It's do-or-die time for those on NASCAR's playoff bubble as the Cup Series contenders battle it out at Daytona for the regular-season finale. Get the lowdown on our Coke Zero Suger 400 picks, including a specialist who needs to deliver this weekend.

"If you ain't first, you're last!" may be a gimmicky quote from a satirical comedy, but the Talladega Nights punchline applies heavily to one Bubba Wallace at this weekend's Coke Zero Sugar 400, on a superspeedway no less.

One of the Coke Zero Sugar 400 odds leaders, Wallace sits just outside the playoff bubble, and essentially needs an outright win in the season's final race to qualify for the playoffs.

Luckily for him, he's a specialist on these tracks, and one of our Coke Zero Sugar 400 picks for this Saturday, August 27 regular-season closer.

Picks made on 8/24/22 at 12:55 p.m. ET.
Click on each pick above to jump to the full analysis.
Odds courtesy of DraftKings Sportsbook.

He was runner-up in each of his last two Daytona starts, and he won the Fall Talladega race last year. Definitely worth a look at this price.

(Editor's Note: Since this is Daytona, where anything can happen, we've beefed up our longshot picks this week to include some drivers at longer odds, for bettors seeking a potentially huge payout in a race where it's worth digging deep on the board.)

You can never count him out on superspeedways. He was a last-lap crash away from, at the very least, a Top-2 finish in the 2021 Daytona 500. Keselowski also led lot of laps in this February’s Daytona 500 (finishing ninth) including a Duel win three days prior. He won this race in July 2016.

Definitely one of the strongest of the sleepers. Almirola has two Top-8 finishes in four superspeedway starts in 2022, including a fifth-place run this past February. Two of his three Cup wins were on superspeedways.

He won a Duel in 2021 and was third in the Great American race that year as well. He’s also a past Daytona 500 champion (2018) and was runner-up this past April in Talladega.

He won the 2021 Daytona 500, was fifth in the 2019 Daytona 500, and ninth in the 2018 Daytona 500. Furthermore, since July 2014, the Arizona native has seven Top-10 finishes in his last 15 Daytona starts, and with teams like Leavine Family Racing and Front Row Motorsports at that. He was seventh in February, as well as eighth in Talladega this spring, too.

Among the top superspeedway racers in the sport today. His only Cup win came here in Daytona a couple of years ago in the Coke Zero Sugar 400. He also just won the Xfinity race at Daytona last August. He’s had eight career NASCAR national series victories and five of them have been at either Talladega or Daytona. That’s saying something.

He was eighth and ninth the last two years in the Daytona 500, sixth in the 2019 Coke Zero Sugar 400, had a fast car in last year’s race, and was a lap away from an Atlanta win last month.

The last two years for a Daytona sweep? 1982 and 2013. Buddy Baker and Jimmie Johnson accomplished those feats, I don’t see Austin Cindric adding his name to that list on Saturday night. He’s a better fantasy play after a first in the Daytona 500 and third in Atlanta 2.

Blaney is at his best on superspeedways with three career wins on them. Truex is at his worst with 0 wins in 71 tries.

The final regular season race is here, and the trends are not on Ryan Blaney or Martin Truex Jr’s side, for different reasons.

Meanwhile, Truex Jr is a combined 0-for-71 between Daytona, Talladega, and the two races at Atlanta this year.

To make matters worse for them, since the ‘Win and You’re In’ format to the Playoffs was initiated in 2016, Erik Jones’ 2018 summer race win and William Byron in 2020 are the only summer races at Daytona to catapult a driver into the postseason — the other three winners were either not eligible for the Playoffs due to not competing for a championship in the series (Haley in 2019) or the drivers had already previously won in the same season (Keselowski in 2016, Stenhouse in 2017).

So, the odds are great for a fluke winner, which is why you should side on a lot of sleepers this weekend. However, you may want to sprinkle in a few favorites too, only because the Top 10 winningest series drivers at Daytona are all also in the NASCAR Hall of Fame. 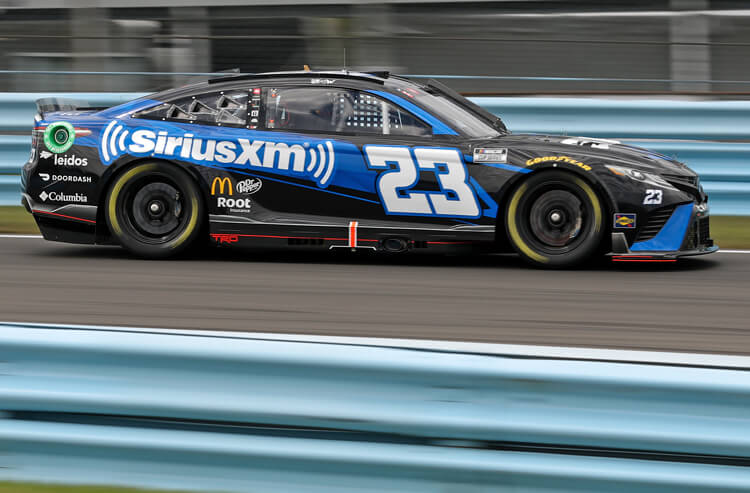