NASCAR's about to swerve into the Round of 12, but before the playoffs lose a quarter of their field, the Bass Pro Shops Night Race runs at Bristol. See who can survive and advance, like Christopher Bell.

The NASCAR playoffs are getting interesting.

After a non-playoff driver took each of the first two races, we're shifting to an after-dark setting for the Bass Pro Shops Night Race at Bristol Motor Speedway.

With the playoffs about to be whittled down to 12 drivers, check out our best free Bass Pro Shops Night Race picks and predictions for Saturday, September 17.

Picks made on 9/14/22 at 10:15 a.m. ET.
Click on each pick above to jump to the full analysis.
Odds courtesy of DraftKings Sportsbook.

His last two Bristol finishes were 28th and 29th, respectively. However, he has three Top-4 finishes in his last four short track starts on the season, which is why, for these odds, he’s worth a gamble. Bell also has six Top-8 finishes — including five in the Top 5 — in the last nine races on the season. He’s one of two drivers with a Top 5 in both races this postseason.

Hard to pick against him. Busch has three Top-2 finishes in his last five starts on the concrete, and four Top 4s. Also, Busch finished runner-up in the 2020 All-Star race here and won on dirt this past April for his only win of the season. He has six Top 10s in seven tries on short tracks this year.

He nearly won the spring event of 2020, but won the All-Star race instead in July of that year. Elliott was also seventh in this race in 2020, fifth in 2019, and third in 2018. He led 129 laps in last year’s race and has accumulated three Top 5s in his last four short track starts on the season.

Logano has been stout at Bristol lately, too. He has seven Top 10s in his last 12 Bristol starts, and if not for late-race contact with Chase Elliott in spring of 2020, he would have won or at the very least finished second. He’s also had four Top 8s on short tracks this season, and five Top 6s in the last seven races on the overall season.

He has two Top 8s in his last three races here — including third in this race last year — to go along with a win at Martinsville earlier this spring.

Last year was just his second career Bristol Top 5. However, while the finishes weren’t there prior, he had led at least 47 laps in five of his previous seven Bristol starts, three of which were over 100 laps led, at that. He also has finished fourth three times on short tracks this season.

He mentioned road courses and short tracks are his car’s worst this season. Four of his seven short-track finishes have seen him come home 21st or worse. He was first and fourth in the two Richmond races, but Bristol will look nothing like Richmond, and to have him as the odds on favorite was a little steep to me.

Larson is the defending race winner. He led 175 laps a year ago. So why am I fading him? He hasn’t had a finish better than fifth on any short track this season, with four of his last five finishes on them being 12th or worse.

Hamlin's normally good at Bristol, but he says Toyota has a deficit on short tracks and that has shown in his results on them this season. Elliott, on the other hand, has been good on the same tracks and you get plus money on him in this matchup.

Just three times has a non-playoff driver won the third race of the postseason. The last was back in 2007. After being 2-for-2 now this season on non-playoff winners, I don’t see it happening again this weekend for a clean sweep. This is the third year Bristol has been in this spot, and all three years the winner was a playoff driver.

So, you can narrow this weekend down to the 16 eligible playoff drivers still fighting for a title then. Among that list, you can narrow it down further in the sense of looking at past Bristol trends as well as short track races this season.

Toyota has won twice on short tracks this season, but their drivers note that these aren’t their strong suits either. That’s why I’d side more with a sleeper like Christopher Bell rather than Denny Hamlin or Martin Truex Jr.

Chevrolet has three Bristol wins in the last 16 tries but one occurred just last year. However, that driver, Kyle Larson, is also a fade, which sets us up nicely for better drivers at more profitable odds, including good value in the Ford camp. 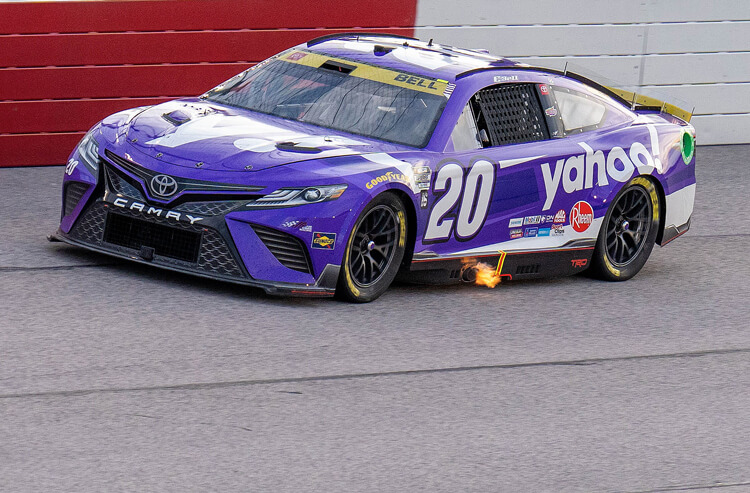