RIP the Buschy McBusch Race. This year's far-less-hilarious AdventHealth 400 will run in its place on Sunday, and NASCAR bettors have a minefield of tightly-knit odds to navigate. Get the best intel with our AdventHealth 400 betting picks.

NASCAR bettors are in for a sweat this weekend, as what oddsmakers are billing as a tightly-contested AdventHealth 400 runs at Kansas Speedway.

With a four-way tie for favorite status, and three more knotted as the second choice, this really could be anyone's race.

Get the NASCAR betting low-down for this weekend's stop at Kansas in our AdventHealth 400 picks and predictions, with the green flag dropping at 3:00 p.m. ET on Sunday, May 15.

You can also get a complete odds breakdown in our AdventHealth 400 odds.

Arguably the hottest driver in the series right now (five straight Top 10s) at a track where he’s scored six Top-6 finishes in his last seven starts, including being fifth and second, respectively, last year.

Quite the steal considering Larson was +200 for the last Kansas race last fall — a race that he won at that. He also led the most laps in the spring race a year ago. Larson has three Top-4 finishes in his last six Kansas tries.

He has five straight Top-10 finishes at Kansas, including ninth and sixth, respectively, last year.

Harvick has eight Top-2 finishes at Kansas since 2013, including a second-place result in two of his last three starts there in general. Harvick hasn’t finished worse than fourth at Kansas since the start of the 2020 season.

He scored his first Xfinity race win at this very track a few years ago, as well as being 10th and eighth in the last two Kansas playoff races. On the season, Bell has five Top-7 results in the last seven weeks too.

Reddick was seventh in last year’s spring race plus has two runner-ups in the last four weeks on the season. Dillon was 10th in both races a year ago to go along with 11th in the 2020 playoff race. These two have combined for four Top-3 results in the past five weeks.

I don’t like where he’s at right now to be the co-favorite this week. He’s been too feast or famine in Kansas, with two wins in his last five tries, but also just 15th in the 2020 playoff race and 12th back in May of last year. On the season, excluding his Richmond win, he’s had seven finishes outside of the Top 15 in the last eight weeks.

Historically, is disadvantaged as a rookie. Since 2011, every Kansas winner has won a Cup championship. Cindric has just one Top 5 all season, too.

Blaney’s had five of his last six Kansas races see him finish 20th or worse. He hasn’t had a Top 10 in any of the last three weeks on the season either.

They had some drama at the end of last week’s race, and you get them in a head-to-head this time around in Kansas. Byron has beaten Logano across the finish line in four of the last five Kansas races, as the only time Logano topped Byron’s No. 24 Chevrolet, it took a win. I don’t see Logano being the first driver to go back-to-back weeks with a win this season.

Denny Hamlin (stats above) doesn’t enter with much momentum. His teammate Kyle Busch (+700) is the defending race winner but only has three Top-10 finishes all season. A thirrd Joe Gibbs Racing driver, Martin Truex Jr. (+1,000), has been great in Kansas though. However, do you trust him to magically turn it on when he enters having scored four finishes of 12th or worse in the last five weeks? What about the only other Toyota team in the field? 23XI Racing doesn’t provide much hope either.

The Fords generally have struggled at Kansas too, which sets up a potential dominating day out of the Chevrolet camp.

Two of the four Hendrick Motorsports (stats above) drivers are +1,000 odds or higher and the other two (stats above) are favorites for a reason. This is a good week you could bet on just the Hendrick camp as well as the Richard Childress Racing Duo (stats above) and come out pretty on the other end.

Six of the last 10 Kansas winners have come from the Top 4 of the starting lineup, including two of the last three from the front row. 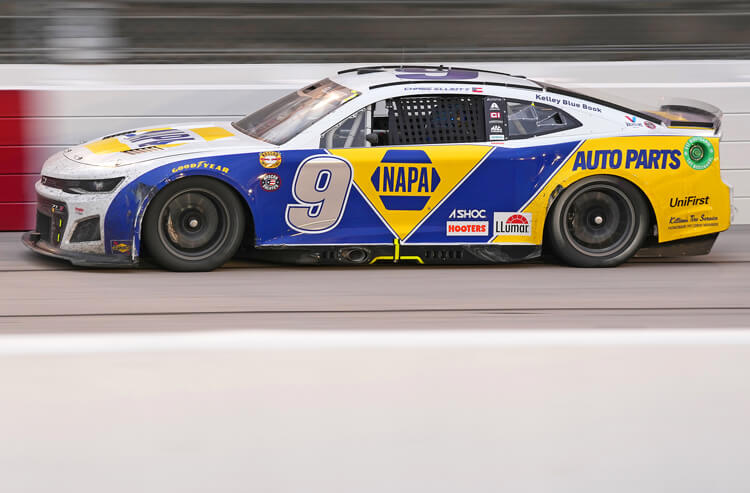