It's anyone's race in this year's Daytona 500, but behind clear superspeedway MVP Denny Hamlin, the favorites might be nothing but fool's gold. Find out why we're approaching the top of the odds board with caution in our Daytona 500 picks and predictions.

NASCAR is back in full force for 2022, with the legendary Daytona 500 running this weekend.

As America's best drivers set their sights on the Cup Series Championship, there's a wide-open race this weekend with some interesting betting angles.

Get the NASCAR betting low-down with Covers Experts' Auto Racing Advisor preview and picks for the 2022 Daytona 500, which gets underway at 2:30 p.m. ET on Sunday, February 20.

You can also check out the full Daytona 500 odds breakdown.

If you're signing up for a new sportsbook for the Daytona 500, here are two of the best bonuses available:

Canada: Get your first bet matched (up to $600) at BetVictor. Claim Now

The favorite for good measure. He has eight Top 5s in his last 10 Daytona 500 starts, including three wins and leading the most laps (98) in last year's fifth-place run.

He won the summer Daytona race last year and had two wins prior to that at Talladega. He was also runner-up in the 2020 Daytona 500.

No-brainer here. Logano is so good on superspeedway tracks as he has won four times already on them. The Penske driver has five Top-6 finishes in his last seven Daytona 500 starts, including a win in 2015.

Definitely the strongest of the sleepers. He should have won this race in 2018 and is always good on superspeedways.

The odds are good for winning some money on the Daytona 500 this year. You can instantly eliminate some guys right off the bat. The favorite listed, understandably, is Denny Hamlin (+900). He has eight top-fives in his last 10 Daytona 500 starts including three wins and leading the most laps (98) in last year's fifth-place run.

The rest of the favorites?

Kyle Larson (+1,300) has never scored a Top 5 in 29 career superspeedway starts. Plus, only five times has the reigning Cup Series champion came down to Daytona the next February and actually won the Daytona 500. The last time that it actually happened was in the year 2000. Its only happened twice since 1978 overall.

Brad Keselowski (+1,700) is tied for the fifth-best odds, but five times in the last seven years he’s finished 27th or worse at Daytona. In fact, since July 2014, the Penske driver has 11 finishes of 17th or worse in his last 14 Daytona tries. He was 15th last year. He’s 0-for-12 in the Daytona 500 and has just one Speedweeks victory overall, as that came in the Clash a few years ago. His new team hasn't won a regular race since 2017.

Martin Truex Jr. (+1,900) – Has just five Top-5 finishes in 67 career superspeedway starts without a single win. Five of his last six at Daytona have been 22nd or worse.

Team Penske, Joe Gibbs Racing and Hendrick Motorsports won all but five Speedweeks races between 2013 and 2019. Last year though, they were 0 for 3 on the oval. Stewart-Haas Racing (Aric Almirola), Richard Childress Racing (Austin Dillon) and Front Row Motorsports (Michael McDowell) won the Duels and the '500. 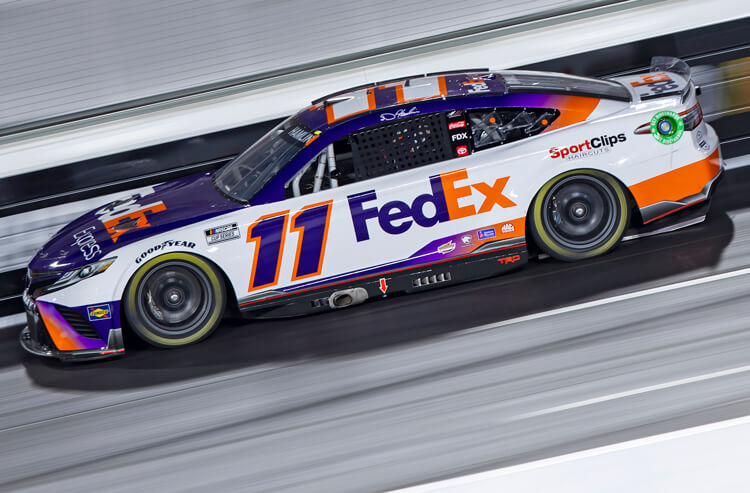