NASCAR's Championship 4 will be decided this weekend as the playoffs make yet another cut. Find out who to back in Martinsville as our Xfinity 500 picks and race preview breaks down the field for this crucial race.

NASCAR's revving up for the penultimate race of the season, as the Championship 4 will be set this weekend at the Xfinity 500.

With the playoff action at a fever pitch, there's plenty to consider, from driver's motivations this weekend to history on this track.

Get the NASCAR betting low-down for the final Round of 8 race with Covers Experts' Auto Racing Advisor preview and picks for the 2021 Xfinity 500, which gets underway at 2:00 p.m. ET on Sunday, October 31.

He’s won three of the last four Martinsville races. The only one he didn’t win was last fall when he led 129 laps. True, has six Top 5s in his last eight tries on the Virginia paperclip.

He won last year’s fall race en route to a Championship 4 appearance. He was also fifth in the spring race a year ago and runner-up this spring to score four Top 5s in his last five Martinsville starts.

He’s had four Top-5 results in his last six Martinsville tries, including what should have been a win in the spring. Hamlin was third in Phoenix and here, runner-up in both races at Richmond, seventh at Dover, 10th in New Hampshire, and ninth at Bristol on short tracks this season.

He has three Top 8s, two of which are Top 5s, in four Truck Series starts at Martinsville, and was seventh in April in the Cup Series.

Worth a play here too. Byron has three Top 8s in his last four Martinsville starts, including a runner-up in the playoff race in 2019 and fourth this spring.

He’s not had great luck in Martinsville lately. After eight straight Top 5s, he’s since been 14th, 19th, ninth and 10th respectively. He’s also only had four Top-5 finishes on 750 tracks this season, with one being at Darlington and the other three on road courses.

He’s had just two Top 5s in his last 18 Martinsville starts, including 15th and 17th last year and ninth in the spring race.

Truex has won three of the last four at Martinsville and the one he didn't, he led 129 laps. Larson has one Top 5 on this track in his last eight starts and may use this weekend as a glorified practice session for Phoenix. Take the easy money here.

The final race of the Round of 8 is upon us. Eight drivers entered the third round of the NASCAR Cup Series playoffs and only four will move onto Phoenix next week with a shot at a championship in the Arizona desert. Right now, we have three Phoenix spots for the taking in Sunday’s Xfinity 500 (2 p.m. ET, NBC, MRN) at the Martinsville (VA) Speedway.

Last year, Chase Elliott had to win in order move onto the championship round, and he did just that. Kevin Harvick had a 42-point lead on the bubble and didn’t advance, despite nine wins during the season, because of Elliott’s victory.

It came down to that final lap too and I suspect Sunday’s will again.

We also know that the winner will more than likely be a member of the current playoffs, which makes this weekend essentially another Championship 4, because you have five drivers going for one spot. It’s very rare for a race to be won by someone not in the top eight at this point of the season, so that’s why this weekend will be drama-filled.

JGR and Penske have put four cars in the Top 5 of the finishing order in three of the last five Martinsville races and have won six of the last seven there too. Coincidentally enough, we have three spots left to make it to the final round next week and three of the seven drivers battling for them are JGR-Penske drivers.

The only other team worth watching is Hendrick Motorsports. If you throw them into this equation, you get eight of the Top 10 finishers from last year’s June race from Penske, JGR and HMS. They went 1-2-3-4-5-6-7 this past April and took five of the Top 6 in this race last year.

If you want to win, you’d better find yourself in the Top 2 or 3 by the end of the second stage. Since we began stage racing in 2017, the eventual winner has finished either first (four times), second (twice) or third (twice) in eight of the nine second stages. 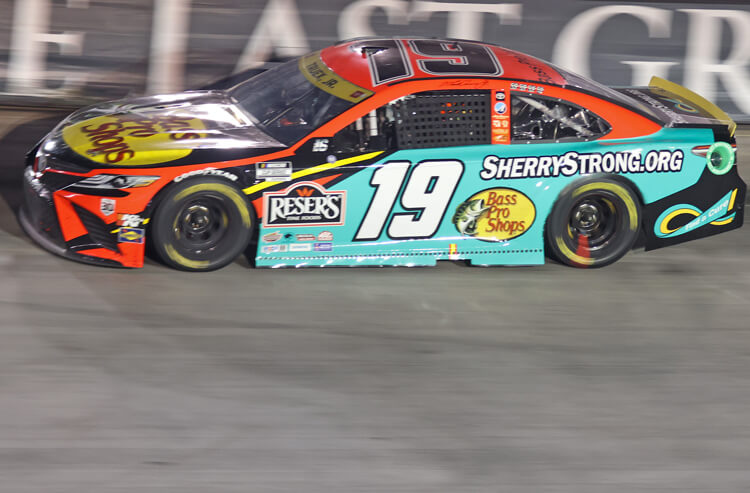