NASCAR betting has been off to a wild start so far this season, with long-shot underdogs dominating the Winner's Circle so far.

With playoff spots already at a premium, some of the circuit's top drivers are sure to be feeling the heat. Can order be restored this weekend in Vegas? Get the inside track with Covers Experts' Auto Racing Advisor's  Pennzoil 400 picks and betting predictions, with the green flag set to drop Sunday, March 7 at 4:30 p.m. ET.

Pennzoil 400 favorites: The Penske is mightier

Truex won two of the last seven Cup races in Vegas. He also has eight Top-11 finishes in his last nine tries on the 1.5-mile track including six Top-4 efforts and two wins. He’s won 12 races on 1.5-mile tracks since 2016, nearly two times as many as the next-closest driver.

He’s the two-time defending race winner and has nine Top-10 finishes in his last 10 Vegas starts.

He’s been good at Vegas in the past, with five Top-10 finishes in his last six tries, including three of which coming inside the Top 3 (two runner-up showings). Now, he’s in a Hendrick car...

Why not here? This car has six straight Top-15 finishes in Vegas between Paul Menard and Matt DiBenedetto. Plus, DiBenedetto had two runner-up finishes last year too.

Larson did phenomenal in this car in Vegas. Chastain also won an Xfinity race for Ganassi there too. For these odds, you absolutely have to go with him here.

Odds are too good here. He's had just one win in his eight Vegas starts and was only eighth and 10th last year.

Has logged zero career Top 5s in Vegas, including three straight finishes of 13th or worse.

It sounds odd, but it’s somehow not too early to start looking at points in the NASCAR Cup Series right now. We’re only three races in with 33 to go, but with 23 races left in the regular season at the moment and already has three different (and surprise) winners in as many races, there’s going to be some nervous drivers/teams coming on soon.

While Bell and Byron aren’t necessarily “fluke” winners, they were drivers that most expected to be towards the back of the playoff grid and maybe even wildcard drivers. Now, each has wins in their back pockets.

In the end, it absolutely takes away wins from the bigger-named drivers. That’s three of the 16 spots now taken with none of them by past champions.

Team Penske has won the last two Vegas spring races. Both were by Joey Logano. He’s had a Top-10 finish in nine of his last 10 Vegas starts. His teammate Brad Keselowski has a Top-10 finish in 10 of his last 11 Vegas races too. Throw in Ryan Blaney scoring six Top-7 finishes in his last eight Vegas tries and you can see why Sunday’s race may be Penske’s to lose.

Kevin Harvick and Martin Truex Jr. may be their top threats but the two have faded a bit now at this track. Harvick, won this race in 2018 and was fourth and second respectively during the two races in 2019, but just eighth and 10th a year ago.

Truex, won the race in 2017 but was only 20th and fourth last year.  Chase Elliott swept both stages a year ago in this very race but blew a tire and crashed. Will these guys absolutely be the ones to beat?

21 of the last 22 Cup races in Vegas resulted in a past champion winning. The only non title winner to have won at Vegas? 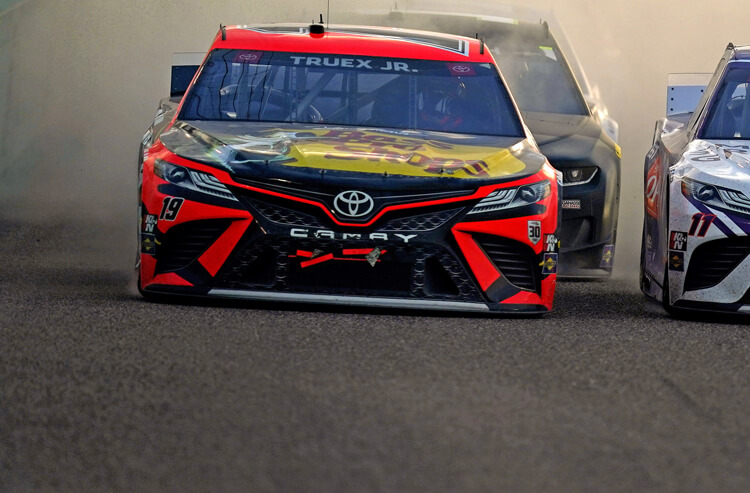 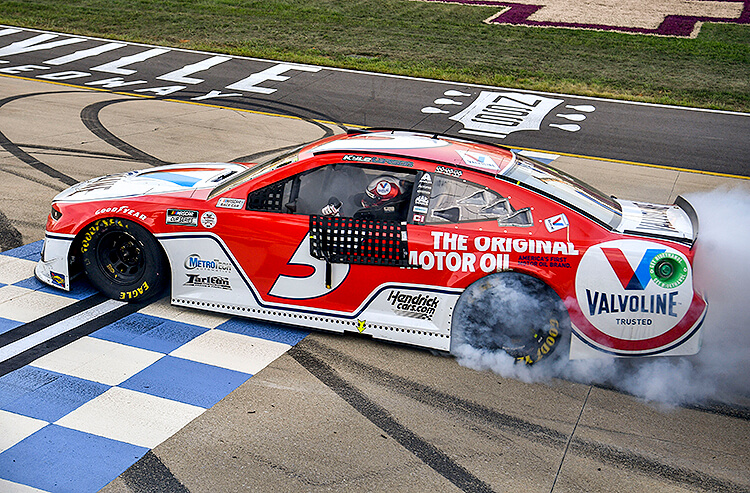 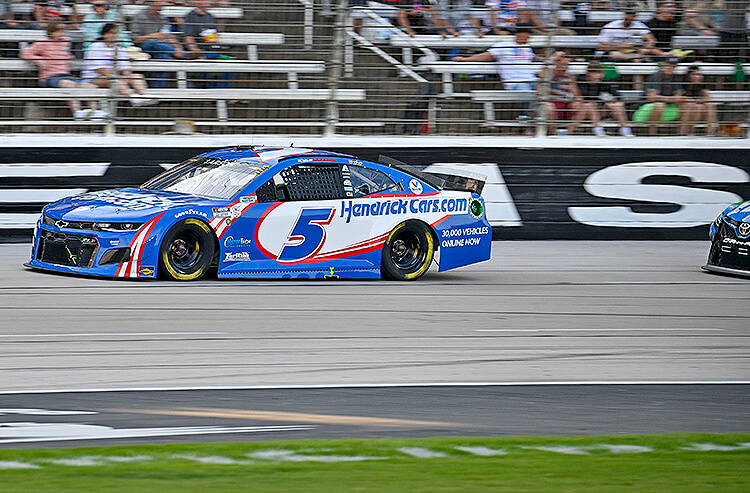 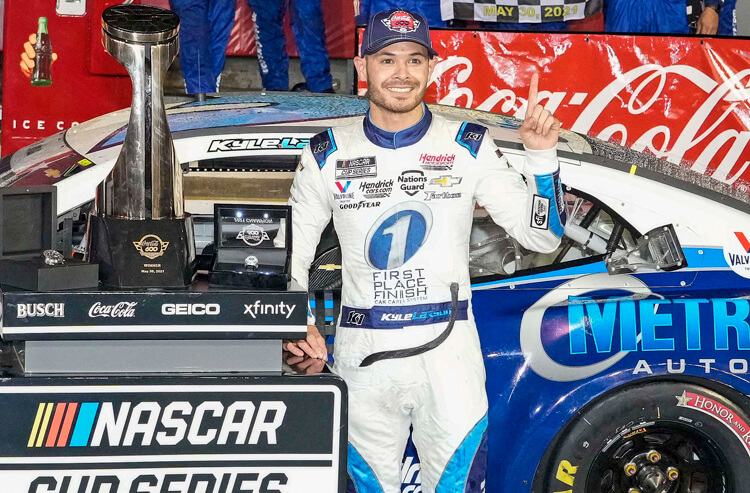 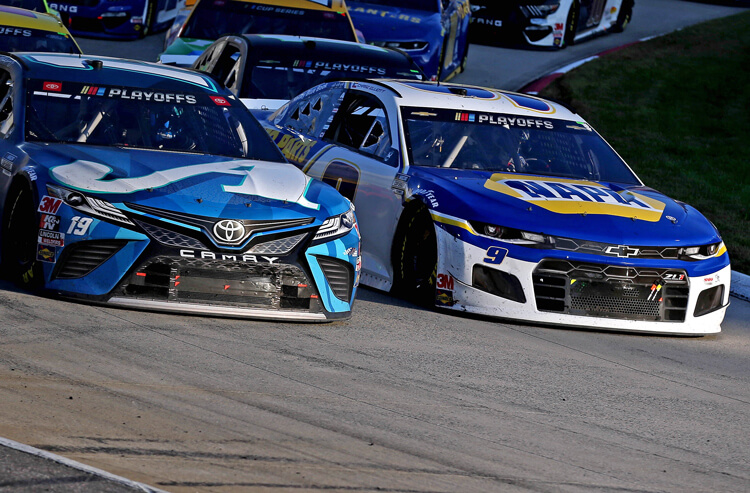 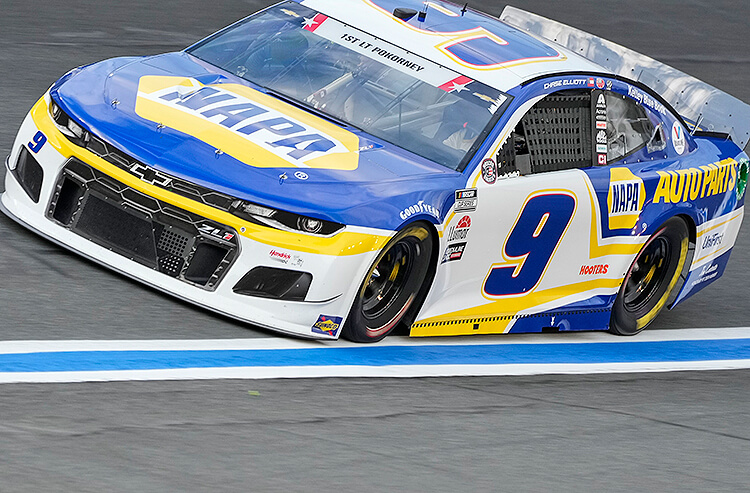 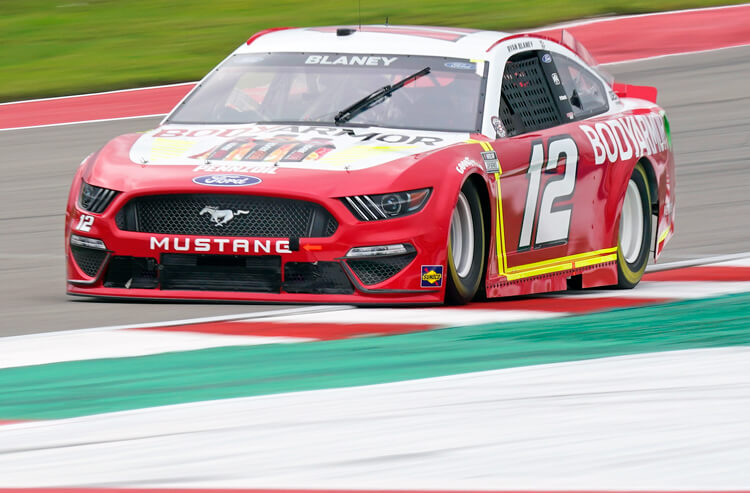